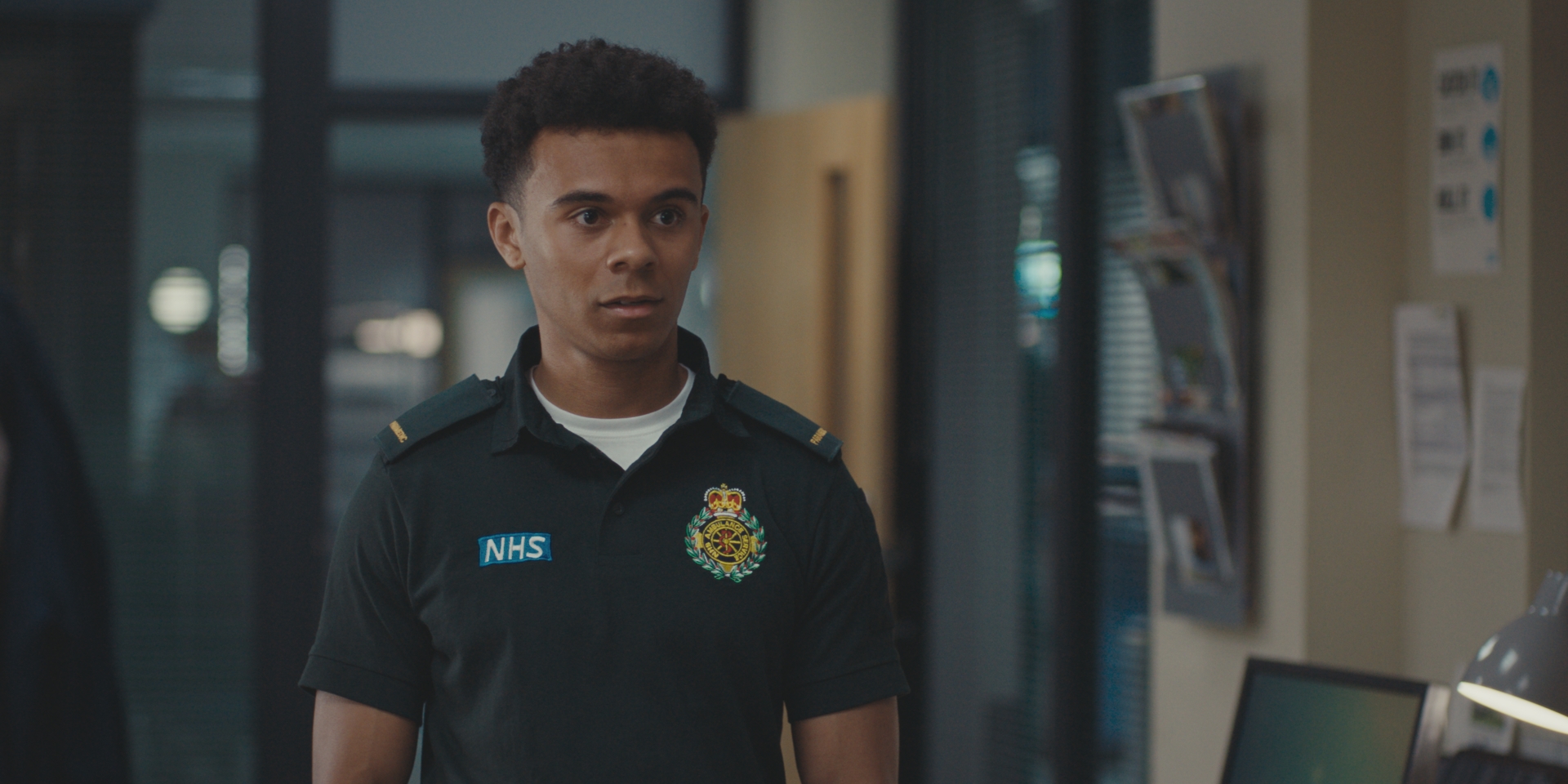 A new paramedic joins the Casualty ranks in this week’s episode, as the team are reeling following the loss of two of their number when Fenisha and Lev both died in last week’s horrific train crash incident.

Against this sad background, Teddy Gowan (Milo Clarke) arrives like a breath of fresh air. He’s young, enthusiastic and perky and is thrilled to be starting work at Holby ED, especially as he gets to work alongside his ‘Auntie Jan.’

Will Jan (Di Botcher)’s authority be undermined by having her young nephew among the ranks? And will she be able to stop him addressing her as Auntie Jan in front of his co-workers?

Milo Clarke says he hopes that Teddy’s ‘charm and zest are qualities viewers can enjoy,’ and there’s no doubt they will.

From his first appearance Teddy seems to be the kind of fun, friendly person who gets on with everybody – with one glaring exception.

For some reason, he takes an instant dislike to Casualty stalwart Charlie Fairhead (Derek Thompson). What could Charlie have possibly done to rub the new recruit up the wrong way before they’ve even been introduced?

Teddy shows that he’s not afraid of making powerful enemies – and they don’t come much more powerful than Charlie.

As Robyn (Amanda Henderson) says, ‘This is Charlie Fairhead. You can’t talk to him like that.’ And if he feels that someone has been wronged, he’s resourceful enough to come up with a cunning plan to get to the bottom of a mystery.

As the series goes on, Milo Clarke is looking forward to exploring his character more.

He says he’s ‘excited and honoured to be part of the Casualty family. Playing Teddy and representing the NHS as a paramedic who is truly committed to going the extra mile is something I am incredibly proud of.’

Former 'Bachelor' Colton Underwood has a Secret Show in the Works