Carol Vorderman made her TV debut on Channel 4 hit ‘Countdown’, which spurred on a series of opportunities for the budding presenter. The maths whizz would go on to front several other shows including ‘The National Lottery’ and now is a star on BBC Radio Wales. During her time broadcasting to UK audiences, she has faced a series of embarrassing moments and blunders. One notable incident happened while she appeared on the popular music quiz show ‘Never Mind the Buzzcocks’. There she was berated a number of times by foul-mouthed Scottish comedian Frankie Boyle, who ridiculed her most popular shows and social media comments.

Carol Vorderman appeared flabbergasted during a 2016 episode of ‘Never Mind the Buzzcocks’ and at times covered her face in clear embarrassment.

She was the target of a series of jokes made by shock comic Frankie Boyle, who was only encouraged more by her uncomfortable reactions.

It started when Carol asked the Scottish star if he used Twitter to which he replied ‘No’ and then she quizzed him about Facebook.

Hinting at the number of online impersonators and trolls on social media, Carol quizzed: “Yeah, but what’s your name on it?” 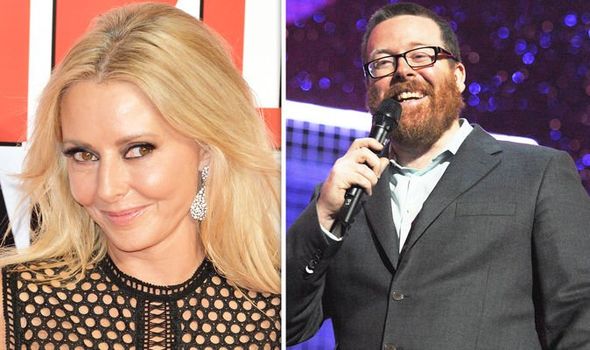 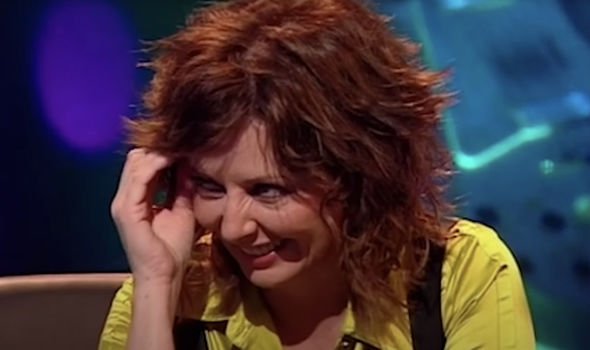 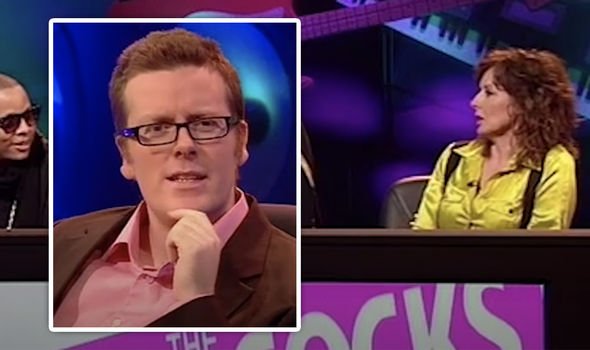 The star sarcastically replied “Frankie Boyle” causing rapturous laughter to erupt from the audience – soon after he delivered another blow to the former ‘Countdown’ presenter.

He added: “To be honest Carol, I heard you were smarter than this.”

She continued to laugh along with the joke, before trying to clarify her point but was drowned out by the shrieks of the audience.

Carol finally explained that on social media there could be “57 Frankie Boyles” impersonating the star, only for him to fire back again.

Frankie said: “Well I hope that they get the bullet or sexual assault case that I am due.”

Later in the show, the comedian made a cheeky dig about the viewers of her most popular show.

He said: “Did you ever see any irony in presenting a show that was aimed at old people waiting for death and calling that programme ‘Countdown’.”

Carol, who was dressed in a shiny-yellow open buttoned blouse and black dungarees, appeared speechless before she chuckled and then grimaced.

Barely able to look up at the presenter, she covered her face with her hands as Frankie continued to laugh and later shook her head at him.

'It's A Wonderful Lifetime' Kicks Off October 25. Here's Every Christmas Movie the Network Has Planned.