So far this week on BBC Breakfast, Dan Walker and Louise Minchin have been bringing the latest headlines to BBC One viewers – from the end of Donald Trump’s presidency to the UK’s continued rollout of the coronavirus vaccine. But with flood warnings issued for a number of locations up and down the country, many viewers have been tuning in for updates from the show’s resident weather reporter Matt Taylor. However, with Matt stepping in for Carol Kirkwood, others have been more concerned as to where the meteorologist has gone.

Matt has joined Dan and Louise every morning so far this week as Storm Christoph’s makes its way through the UK.

But taking to Twitter, some fans were more interested in wondering where Carol was after the 58-year-old has become a stalwart on BBC Breakfast over the years.

One pointed out to the star: “@carolkirkwood Good morning Carol, we’re missing you on the telly! I hope that you are happy, safe and well x”

“@carolkirkwood it’s been a while since you’ve done the weather on @BBCBreakfast?” quizzed a second. 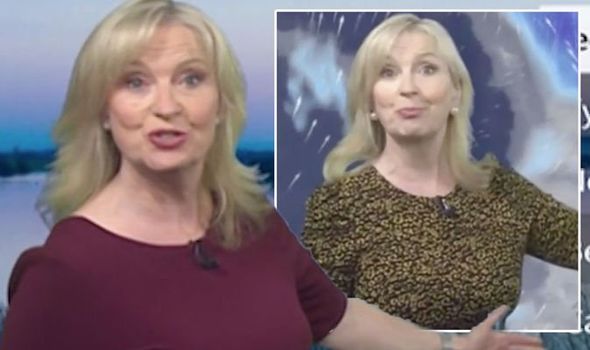 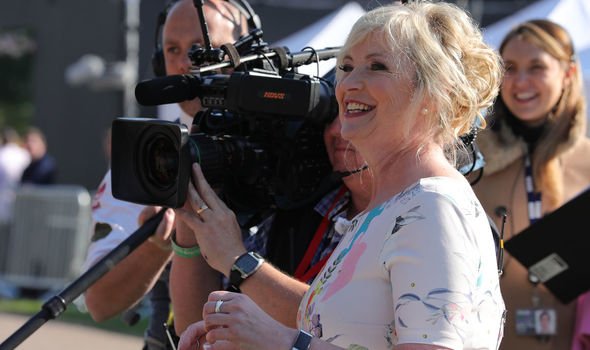 While a third echoed the sentiment: “@BBCBreakfast It’s nice to see @sallynugent back again with the team.

“You’re just missing @carolkirkwood hope she is back soon. Your team will be complete again then.”

Carol hasn’t spoken out on why she appears to be taking a break from BBC presenting duties this week, last tweeting on January 11.

However, the BBC news show is no stranger to shaking up its presenters and reporters from time to time, with Tomasz Schafernaker just one other weather presenter who has stepped in before. 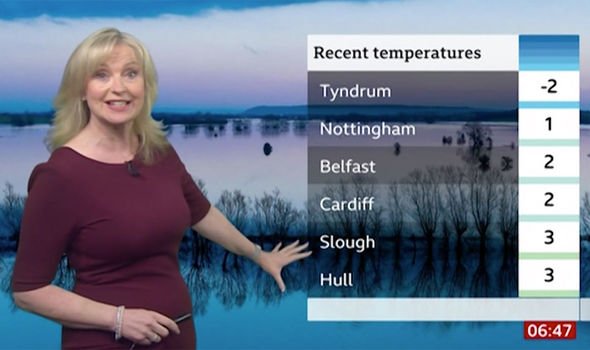 With Matt responsible with delivering the latest on the frosty and treacherous condition sweeping the UK, his Wednesday update sadly didn’t allude to warmer conditions on the horizon.

In one of his reports, Matt explained: “Satellite images show just a sheer swathe of cloud coming in from Storm Christoph.

“There are some clearer skies across parts of Scotland and Northern Ireland at the moment so a chilly start here.

“But more in the way of snow on the way to the north of Scotland and still some snow around from last night in Southern Scotland.”

Matt then turned his attention to England and how the latest weather phenomenon would impact.

“The blue colours, the bulk of the rain, England and Wales today,” Matt said.

He added: “Particularly across western areas, a wetter day through the midlands towards the south-east.”

Matt signed off with the unfortunate news that temperatures are set to stay chilly throughout Wednesday and into the end of the week.

Elsewhere on the show, presenter Dan found himself on the receiving end of some scathing criticism for his interview with Home Secretary Priti Patel.

Dan probed the MP on the UK’s coronavirus death toll, the end of Donald Trump’s presidency and the vaccine rollout.

However, some viewers slammed the host’s interview technique and line of questioning, branding it a “car crash”.

BBC Breakfast continues daily at 6am on ITV.

Wondering If Tyler Cameron and Gigi Hadid's Dates Are a PR Stunt?