Carol Kirkwood, 58, joined Louise, 52, and Dan Walker, 44, on BBC Breakfast to inform viewers about the unpredictable weather sweeping its way across the UK. Although only a few days into the month of May, temperatures have been very low for the current season and the forecaster explained there were going to be more frosts in the coming days. However, when she offered some advice to the BBC news show host about the conditions in which to grow her tomatoes, it seemed the presenter had ignored the meteorologist.

Concluding the weather forecast, Carol said: “Another chilly night in prospect, and once again, we’re looking at quite a bit of frost.

“So Louise, keep your tomatoes indoors for now,” the meteorologist continued as she offered her expertise to the presenter.

Commenting on the kind gesture of advice, Dan commented: “I like this regular tomato update,” but Louise interjected.

Having discussed the matter earlier in the week, the presenter explained: “ Do you know what, Carol? They’re outside now.”

With her jaw hitting the floor as she was in utter shock, Carol replied: “You’ve put them out?” 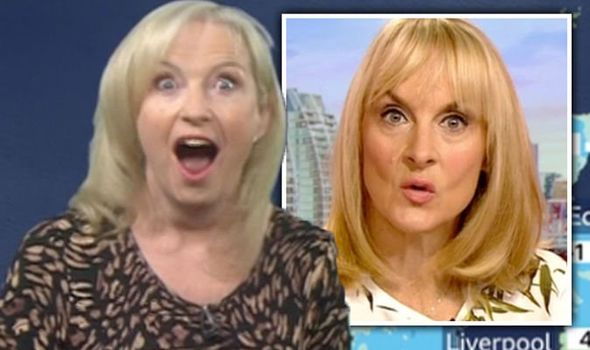 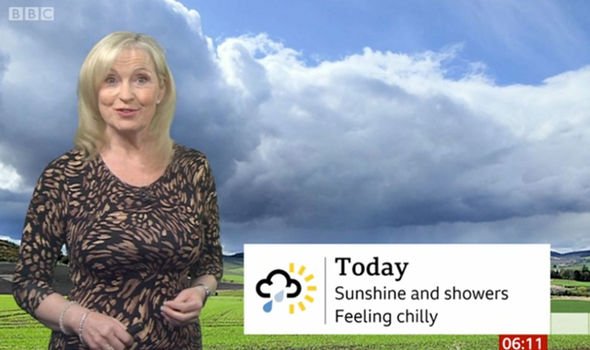 “They’re only in a pot so I’ll put them back in again tonight so I don’t know if it’s too late but thank you,” the host said as she tried to dig herself out of a hole.

Again, Dan shared his thoughts on the conversation, telling his co-star: “You’re getting personal tomato advice from Carol.”

“I know but I’ve only got three of them,” Louise replied, with her co-host adding: “I feel we need a tomato-cam.”

At this point, the forecaster had been taken off-screen but her colleagues told viewers they would continue talking to her throughout the morning. 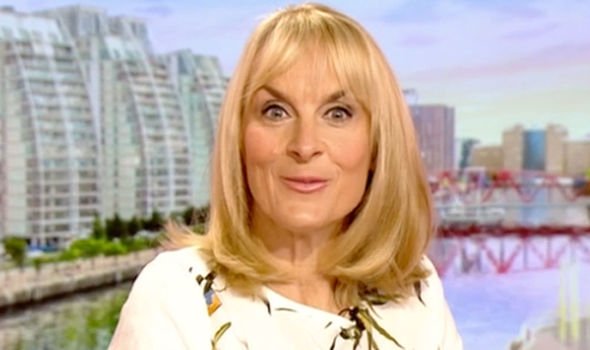 You’ve put them out?

Two years ago in 2018, Carol celebrated her 20th anniversary as a weather presenter on BBC Breakfast, and a bulk of that time she has shared the screen with Louise.

The forecaster took to Twitter to mark the milestone, writing in view of her 204,000 followers: “Thank you so much for your lovely comments.

“I can’t believe I have had the pleasure of presenting the weather on @BBCBreakfast for the last 20 years!

“Where has that time gone?! I love my job and work with the loveliest people on the planet both in front of and behind the camera.” 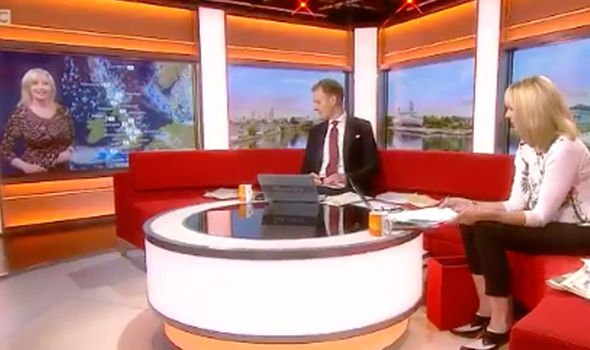 Louise was one of the first to congratulate her colleague, writing in response: “Good morning, we are celebrating 20 years of the gorgeous @carolkirkwood on @BBCBreakfast.

“Carol you cheer me up,” the presenter added, with Dan also sharing his best wishes to the forecaster at the time.

The sports fanatic posted: “17,000 broadcasts over 20 years on @BBCBreakfast. @carolkirkwood is quite simply the weather queen #20YearsOfCarol.”

“(She is also one of the nicest humans you’ll ever meet),” he concluded, with the forecaster having presented hundreds of weather reports since the anniversary.

Also taking to Twitter on Wednesday morning, fans commented on their delight of seeing Carol at the helm of the weather reporter.

One posted on the social media platform: “Carol looks amazing this morning! #bbcbreakfast.”

Another posted: “Carol Kirkwood on #BBCBreakfast is my girl crush,” with a third commenting: “Looks amazing this morning. Always well dressed and presented. Just love that smile.”

“Good morning Carol. All good in Milton Keynes. Weather very mixed. You’re looking as lovely as ever. Have a good day,” a fourth shared.

BBC Breakfast airs weekdays at 6am on BBC One.

Okay, I Need to Understand How the Season 2 Schedule for 'The Circle' Works