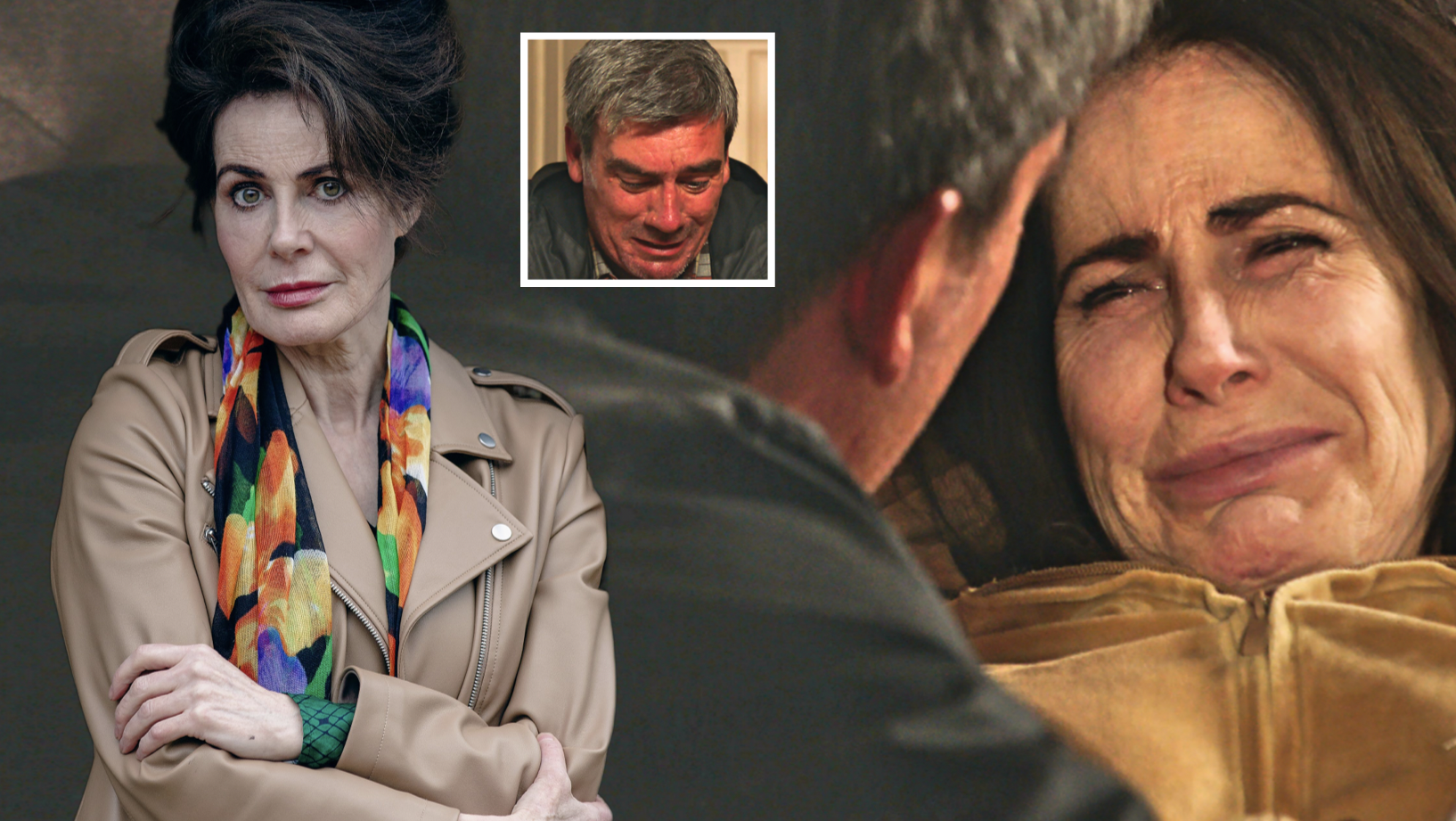 Emmerdale has aired the heartbreaking final scenes of Sally Dexter’s popular character Faith Dingle, as the beloved matriarch died in the arms of her son Cain Dingle (Jeff Hordley).

It’s a storyline that has delved into the debate of assisted suicide, and one that Emmerdale has sought guidance from charity Dignity In Dying.

Aside from Moira (Natalie J Robb), nobody knew the intentions of Faith; and so fans watched with lumps in their throats as she said veiled final goodbyes to their loved ones, who had no idea that it was the last time they would ever see her.

Faith had managed to convince Moira that she no longer planned to take her own life, but it was clear to everyone watching that she had made her decision.

She had booked a lavish trip to a spa retreat for Chas (Lucy Pargeter), in order to make sure she wasn’t at home when she died.

Telling her how much she loved her, a tearful Faith tightly hugged her, for a while unable to let go. She was also moved when Paddy (Dominic Brunt) showed her a hand painting Eve had made, in which she chose Faith as the person she’d get married to.

She was also visited by Sarah (Katie Hill), who she was a pillar of strength to during her own illness and hospital treatment.

As Sarah showed her family photographs from the day at the beach, Faith encouraged her to follow her dreams and travel the world with her photography.

Sarah was clearly moved by her words, as she shed a few tears – and we were blubbing along with her.

As another surprise for her, Faith gifted her with an heirloom notice which she had previously told Sarah that she would get after she died.

Faith’s pals followed, with her saying emotive goodbyes to the men in her life, Bear (Joshua Richards) and Eric (Chris Chittell). As ever, there was more than a note of mischief in her voice.

She then had a laughter filled and touching catch up with pal Diane (Elizabeth Estensen), who scolded herself for not holding it together.

Finally, Faith handed Cain cash to make a four hour trip to get the stick of rock she favoured – another means to have her children out of the way while she took her final steps.

Cain was dubious, and later told Zak (Steve Halliwell) that he had just popped to get the rock locally, she wouldn’t know the difference.

But the mood changed when he got a panicked phone call from Moira, who had figured out what Faith planned to do after clocking the necklace she had given Sarah.

With Cain rushing out, Zak appeared to know what was going on, as he sadly reflected on the feeling in the air being the same as when his beloved Lisa died.

When Cain reached Faith, it was too late – she had already taken the steps to end her own life and she was close to her dying breaths.

Cain instructed Moira to call an ambulance but Faith begged him not to. Cain was left to spend time with his mum when Moira went downstairs to wait with Paddy, who was desperately trying to get through to Chas – who was busy cheating on him with Al (Michael Wildman) in a hotel room.

Upstairs, Cain held his mum close, apologising for the way he had been over the years and confirming what Faith had always wanted to hear – he loves her.

Cain cradled Faith and talked about the happy and perfect day they had had. As he did, kissing her forehead, she died in his arms, leaving him numb and with a feeling of emptiness.

It was an emotional scene which served to bring Faith’s storyline to a close.

‘We all thought it a vitally important point of view for Emmerdale to air, ‘ Sally said of the story.

‘At the outset of telling this story we agreed all sides of this debate needed to be heard and respected.’

On leaving the show, she added: ‘I will miss the laughter, the fabulous Yorkshire countryside and the skill, talent and dedication of the whole team of people I respect, admire and have huge affection for.

‘I’m hugely sad that Faith can’t return. If you spot me on the street you might recognise me wearing a few items!

‘I always knew Faith was coming back to die. My idea was to have her save Cain and Chas from some sort of attack in the Woolie – say from a bullet or a knife aimed at her children from a crazed intruder!

‘I could picture her sliding down the side of the bar, with Cain and Chas declaring her a heroine!

‘But the story Jane (Hudson, producer) and the team wanted was a far more important and difficult one to tell. I only hope we have done as much justice as we could.

‘This subject has caused a lot of debate and so it should.’

All 8 'Conjuring' Universe Films Ranked From Worst to Best