Britain’s Got Talent was back this evening with another host of acts who were hoping to impress the judges with their talent on the ITV show.

One particular act fused together magic and dance to create a performance that wowed all four judges and left them scratching their heads trying to work out how they pulled it off.

Angels Inc began as a trio but as the act continued more and more dancers appeared from cages and chairs across the stage as if by magic.

While viewers watching at home enjoyed the performance, some took to Twitter to claim that they knew how the girls managed to pull off the magic.

One claimed: “The girl was on a shelf on the back of the chair. Cloth was put up. She climbed off the shelf. Cloth pulled down. #BGT.”

Another wrote: “The girl was on a shelf under the back of the triangle, she cannot be seen by the audience due to angle. Put cloth up, she climbs off shelf onto platform #BGT.”

A third remarked: “I saw the girls coming though thanks to the camera man haha #bgt,” and a fourth said: “When the #bgt camera angles show precisely how the magic box works.”

However many viewers were also really impressed by the act with one tweeting: “Best act so far tonight.. #BGT.”

“WOW WOW WOW!!! I was so impressed with these. All girl magicians, at first I was like who is singing but oh no these girls are more than the typical girl band singers, amazing !!! We need more acts like this , So fresh and different #BGT,” said another.

A third exclaimed: “Girls run the world!!!! I loved that, and seriously where did they keep coming from??? #BGT (PS Ant and Dec’s faces ‘girls everywhere’) #antanddec.” 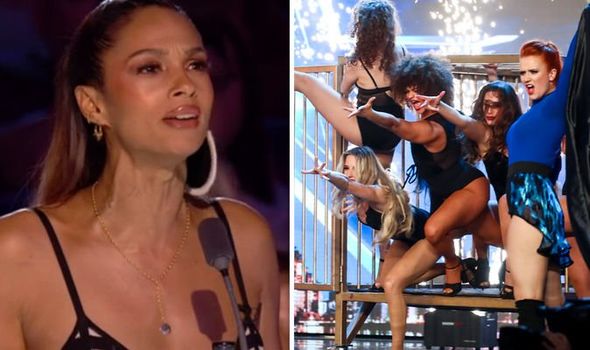 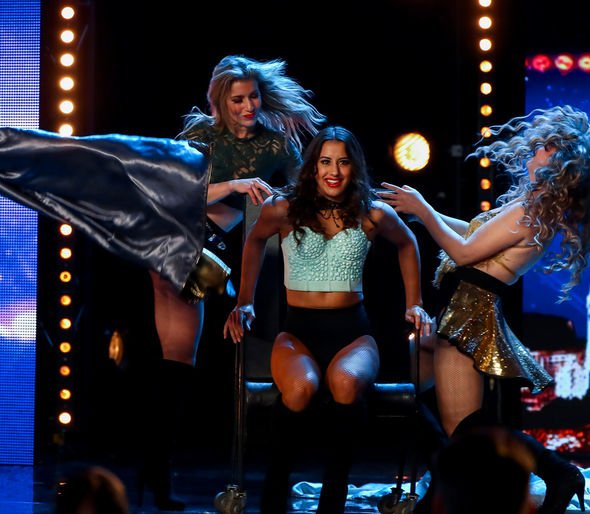 Later on in the show, Simon Cowell was forced to intervene as an outburst by David Walliams caused disruption during the introduction of an act.

When Duo A&J, an acrobatic pair, walked on to the stage wearing very little clothing, David joked: “Thank you very much, you’re through to the next round!”

Amanda then asked the duo, named Alex and Julia, how long they’d been dancing together but their answer prompted further questions.

However when the pair confirmed that they are in a relationship together, one judge had a very unusual reaction. 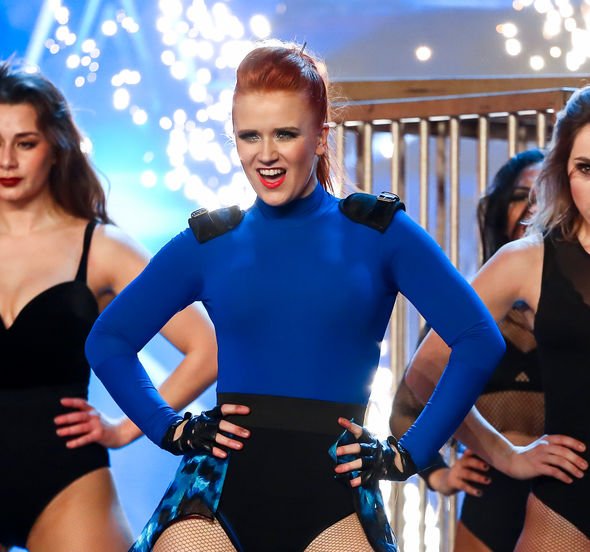 David Walliams hit his buzzer several times prompting Amanda to ask the duo: “Who made the first move and how did you make that move?”

But before they could answer, David cut in: “Let’s just get on with the act yes? Let’s get on with it?”

The audience and his co-judges found his response amusing except for Simon who intervened and told the couple: “Just ignore him.”

Duo A&J gave a beautiful performance, wowing the auditorium and were sent through to the next round by the judges.

Britain’s Got Talent airs on ITV Saturday at 8pm.

Fans are divided about how Kenny treated Clare on The Bachelorette