Fans of the ITV contest will be treated to Daniel Rhodes, a magician who gets Amanda Holden involved in his trick.

With his homemade box, Daniel urges Amanda to climb inside so he can cut her in half.

In his Britain’s Got Talent audition, the youngster explained: “Now what I’m about to do is a trick that I actually I invented myself. I never had the budget to do an amazing illusion so I decided to make one myself.

“Amanda, please could you join me on stage.”

I thought by buzzing things could go wrong

He continued: “What you’re about to see is going to blow your mind. Now, this is a box I’ve made myself.

“I can tell!” Amanda exclaimed as the audience chuckled.

Amanda then climbed into the contraption as Daniel asserted: “You’re in completely safe hands.”

“Before we continue I do need my very special magic wand,” Daniel announced as he produced an electric power saw.

Simon then pressed his red buzzer, receiving boos from the crowd, although Daniel appeared to keep his cool.

“This is my magic wand. Amanda, are you ready?” Daniel questioned. 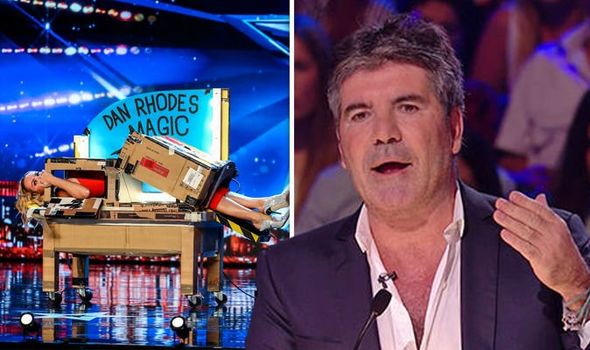 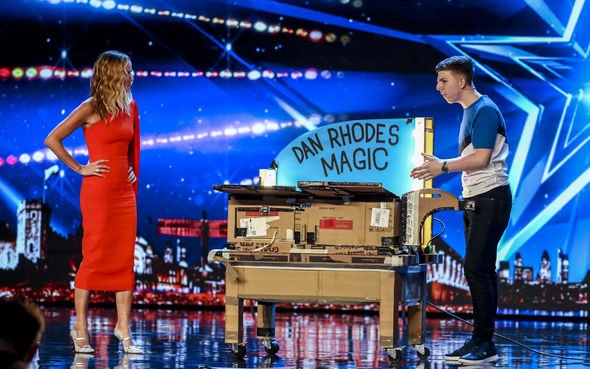 Daniel then proceeded to saw down the box where Amanda’s middle was underneath.

After he’d finished sawing, Daniel declared: “If this has worked, your judge Amanda should now be completely sawn in half.”

As the box was raised, Amanda kicked her legs and it looked as though her legs had been separated from her torso.

“What?!” Alesha Dixon exclaimed as the judges looked shocked at what had unfolded.

Amanda soon got up as Daniel jokingly pretended to staple Amanda back together again. 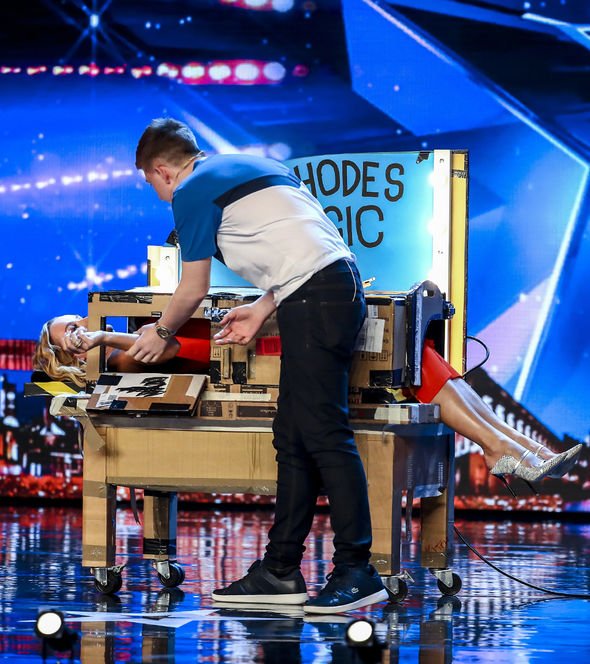 It was then time for the judges to give their verdict on the performance and Simon had a confession to make.

He joked he was hoping to sabotage the trick, thinking the distraction of the buzzer could’ve led to things going terribly wrong.

He cheekily said: “I thought by buzzing things could go wrong, but that didn’t work.”

Amanda then playfully hit Simon with the back of her hand to issue a telling-off as the verdict continued.

But viewers will have to wait and see if Daniel did enough to make it beyond the audition stages.

Britain’s Got Talent continues tonight at 8pm on ITV.

This Week In Trailers: Pick It Up! Ska in the 90's, Ready for War, Knives and Skin, Citizen K, Midnight Family