Home » TV & Movies » Bran Stark: Did Bran warg into the horse? Was Bran the horse?

Game of Thrones season eight, episode five, The Bells, may not have seen Bran Stark (Isaac Hempstead-Wright) appear in the battle of King’s Landing, but some GOT fans he still played a major part in the episode. Following Daenerys Targaryen’s (Emilia Clarke) destruction of the city, Arya Stark (Maisie Williams) stumbled across a white horse in the ruins and this has led to some theories emerging among Game of Thrones fans that Bran had warged into the horse’s body to save his sister. Here’s all the evidence to suggest Bran was the horse at the end of The Bells.

Did Bran Stark warg into the horse in Game of Thrones?

WARNING: This article contains spoilers from Game of Thrones season 8.

Bran warging into the horse to help Arya escape King’s Landing technically could have happened.

Wargs in Game of Thrones are characters with the ability to enter the minds of animals.

Bran fits this description thanks to his new role as the Three-Eyed Raven and power of greensight.

The white horse seems to randomly appear at the end of Game of Thrones season eight, episode five which has led to some viewers thinking it’s Bran’s doing.

However, there are still plenty of Game of Thrones clues to suggest it was a moment of luck on Arya’s behalf. 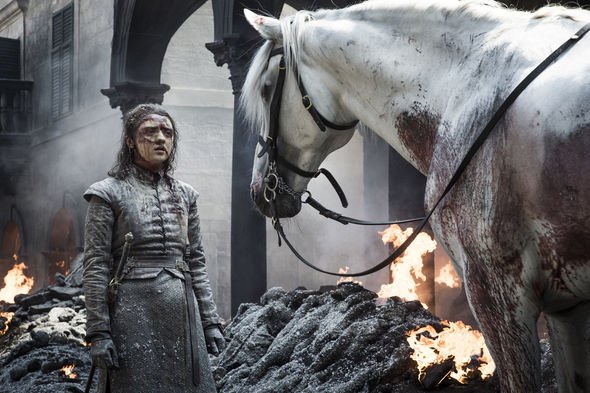 Bran has been entering the minds of animals for a number of seasons now.

Each time he does, a shade of grey descends over his eyes as well as those of the animals in question.

Arya’s horse did not have this unmistakable look in its eyes when approached by the Stark.

This could be argued against by suggesting Bran left the horse’s mind before his sister made her way to the animal.

However, if Bran made the effort to get the horse to Arya in the first place, it’s unlikely he would give up control of its mind before ensuring his sister’s safety.

Another argument against Bran being in control of the horse is Arya’s behaviour towards it.

WHAT DO MISSANDEI’S FINAL WORDS ON GAME OF THRONES MEAN? 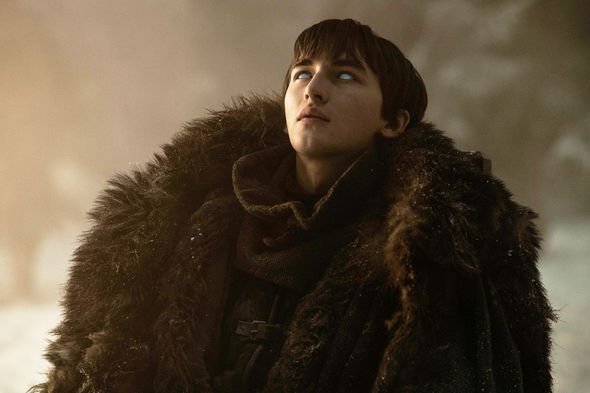 Arya had to tame the horse by approaching calmly and slowly patting the beast.

Williams’ character eventually calmed the horse enough to hop on its back and ride away.

If Bran was in the horse’s mind, it’s debatable that he would have made the animal less susceptible to frights, despite the destruction of the city caused by Daenerys and Jon Snow’s (Kit Harington) forces.

Despite arguments on both sides, some GOT fans remain convinced it was indeed Bran in the horse.

One fan wrote on Twitter: “If this is Bran warging into this horse, it’s like finally, he did something this season.”

A second agreed: “I think it was Bran in that horse because where that s*** that just came from?”

While a third GOT viewer said: “Bran might move just warged into that horse at the end.”

Of course, not all Game of Thrones fans agreed with the warging argument with some thinking they had seen the horse earlier in the episode.

WHICH COUSIN DID JAIME LANNISTER STRANGLE IN GAME OF THRONES? 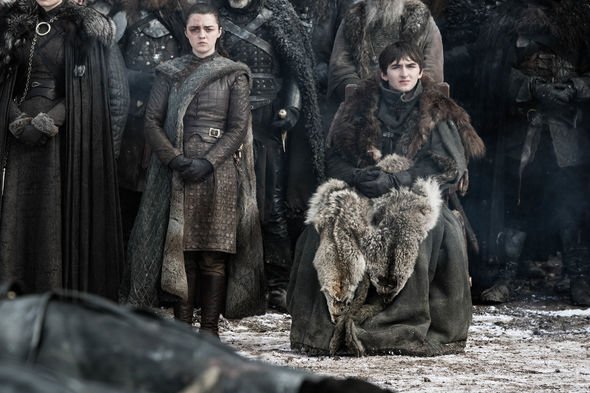 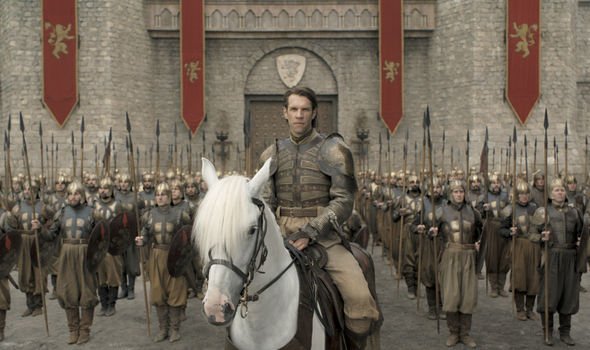 As the Golden Company lined up outside the walls of King’s Landing, Harry Strickland (Marc Rissmann) led the way.

Captain Strickland was on the back of a white horse which may or may not have been the one to approach Arya.

This is because the horse got caught in the dragonfire from Drogon earlier in the battle.

The horse was flung aside in the explosion and laid lifeless for a split second before the camera panned back to Strickland.

Game of Thrones viewers were left believing it had died, but it may have regained consciousness in time to wander back into King’s Landing and find Arya.

Fans will have to tune in to the final ever episode of Game of Thrones (season eight, episode six) to see if the truth surrounding the white horse will be revealed.

Game of Thrones season 8 concludes on HBO in the US on Sunday 9pm ET and on SkyAtlantic and NOW TV in the UK on Monday at 2am and 9pm BST.