In the first few episodes of Bob Hearts Abishola Season 3, Bob, Abishola, Uncle Tunde, and Auntie Olu travel to Nigeria. While Abishola’s ex-husband Tayo threatened to keep her son, Dele, she had other plans. Several shots and locations that appeared seemed real, but did the Bob Hearts Abishola cast and crew really go to Nigeria for season 3? 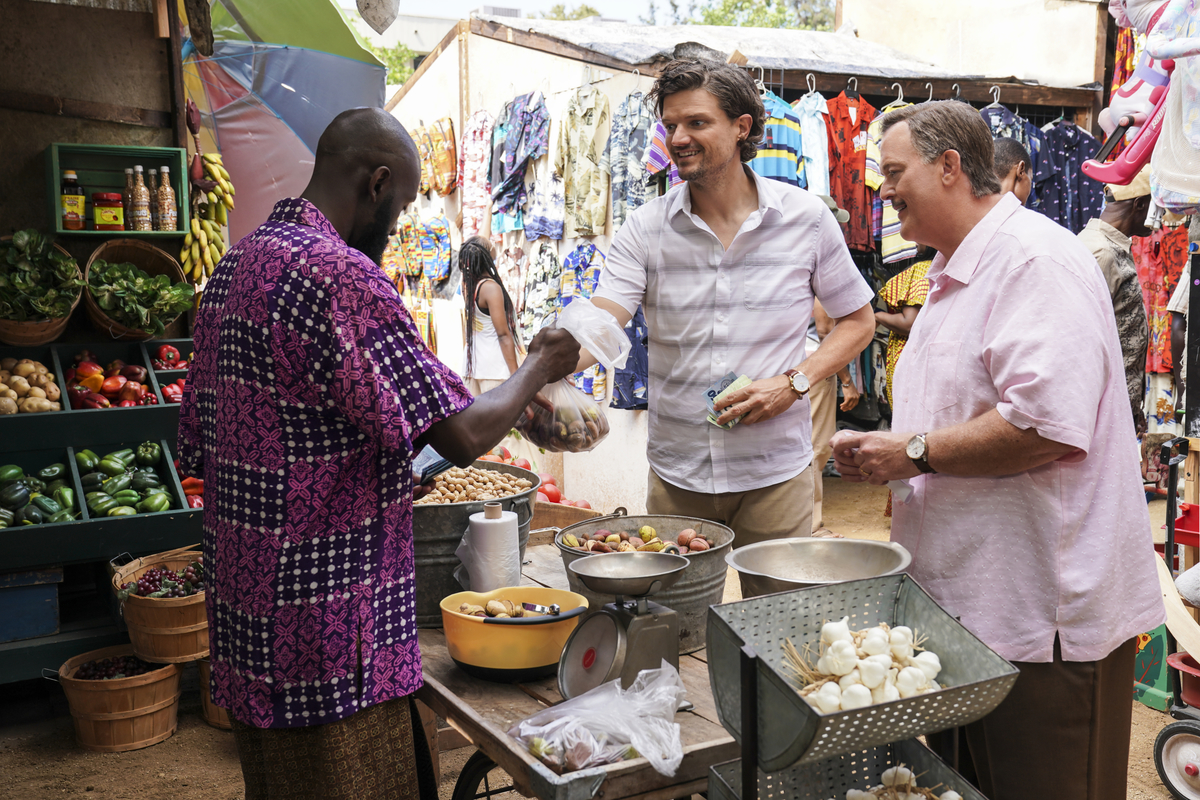 The exterior shots, the scenes outside of cars while they travel, everything is Lagos, Nigeria.

The area felt very familiar to Folake Olowofoyeku as she originally came from Nigeria. She grew up in Victoria Island in a house just across from Bar Beach.

“Abishola and Bob were driving down my childhood home, in real life, but no one knew … and I’m like, ‘Yo, that’s my house. It was really beautiful,’” Olowofoyeku told The Talk.

Co-creator, writer, and actor Gina Yashere commended Chuck Lorre for seeking out help in depicting a culture he unfamiliar to him.

And they devoted themselves even more with Bob Hearts Abishola Season 3 in Nigeria.

“I mean they were so authentic from the dress to the way that the wedding is supposed to be performed; the week of festivities,” Billy Gardell told CBS Minnesota.” They really nailed it.”

In the same interview, Olowofoyeku talked about past seasons of the sitcom creating replicas.

“We have a replica of a real Nigerian market onset. We also showed that in season two, a little bit in season one, and then we really dive into it in season three,” the actor said. “The wedding decorations are exactly a replica of how you would see them in Nigeria.”

She said the art department took every care to capture a natural Nigerian setting in Bob Hearts Abishola Season 3.

“There is a particular way to decorate, and they have that down to a tee. The wardrobe is also replicated down to the stitch in a way that we’ve never seen on American television before. This is a historic moment, and I think folks don’t want to miss it.”

The CBS sitcom filmed where Olowofoyeku grew up

While the Bob Hearts Abishola cast and crew filmed in Nigeria, Olowofoyeku realized they shot scenes right where she grew up.

“Abishola and Bob were driving down my childhood home, in real life, but no one knew … and I’m like, ‘Yo, that’s my house,’” the actor said. “It was really beautiful.”

Lorre, Gina Yashere, and the whole team poured in their effort to bring Nigerian culture to American TV.

“It was so authentic and so accurate … It was surreal because this is what I left Nigeria to do, to be in the arts,” Olowofoyeku said, “It feels like a full-circle moment to actually have this be embedded in the work that I’m doing and love so much.”

Game of Thrones: Brynden ‘Blackfish’ Tully still alive in epic twist and THIS proves it

How old is Danny Shah and what's his net worth?