CBS’ generational procedural drama Blue Bloods followed the professional and personal lives of the Reagan family as they worked across law enforcement. However, after the pilot episode, fans noticed a major inconsistency with Frank Reagan (played by Tom Selleck).

Blue Bloods first landed on screens in 2010 and as fans were introduced to the Reagan family, they watched the youngest son Jamie Reagan’s (Will Estes) graduation.

The episode opens with the family members preparing to celebrate Jamie’s graduation from the New York Police Academy.

Jamie’s father Frank, who worked as the city’s police commissioner, gave a speech to the students about their accomplishments and responsibilities.

However, as the series continued an eagle-eyed fan spotted a continuity error with Frank’s ring. 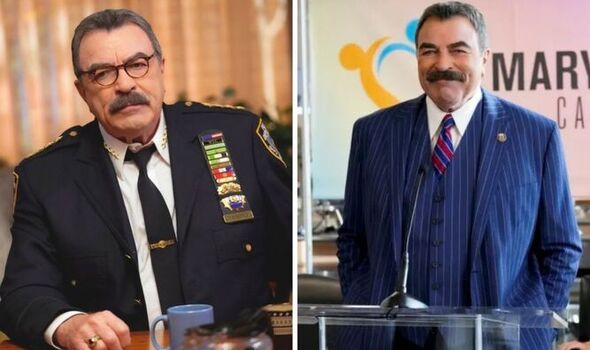 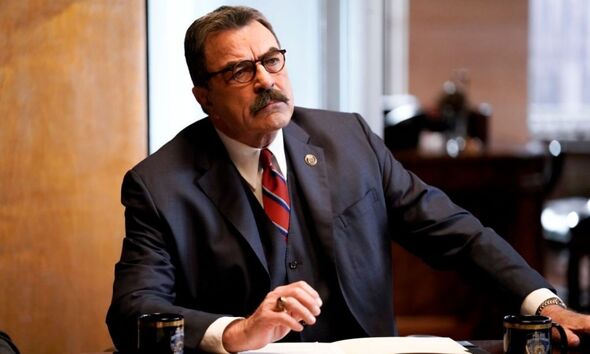 Taking to a movie mistakes forum, a viewer highlighted a major detail about Frank’s preparation.

They stated: “He slips on his watch and then takes a ring with a blue stone (looks sort of like a class ring) and puts it on, it is definitely and obviously a large blue stone.”

In the episode which took place on Halloween, police detective Danny Reagan (Donnie Walhberg) entered the world of Voodoo after a brutal murder. 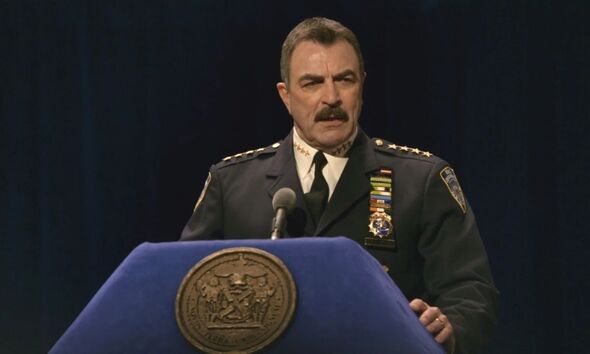 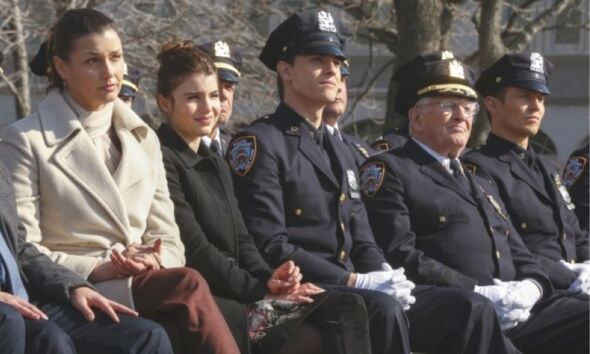 The crime took place when a knife-wielding attacker dressed as the Spirit of Death, stabbed a man wearing a costume.

Meanwhile, Frank’s close ally and Deputy Commissioner Garrett Moore (Gregory Jbara) opened up to him about a dark secret.

He had tried to resign as the New York City Police Deputy Commissioner of Public Information after receiving threats.

A woman he had an affair with wanted $50,000 or she would accuse him of sexual assault.

After opening up to Frank, Garrett was able to get away with it with the help of Frank’s father, Henry Reagan (Len Carlou).

As a retired NYC Police Commissioner, Henry used his old school connections to get the woman to drop the matter.

However, towards the end of the episode, the CBS streamer noticed Frank’s ring from the pilot episode which was originally blue, had changed colour.

In their post, the fan added: “When Frank is sitting at the bar talking to Garrett, as Frank lifts his drink in his right hand, and Garrett says ‘Thank you, Frank’, that ‘class ring’ has a very definite and obviously large red stone.”

As well as his wedding ring, Frank wore a few pieces of jewellery including a Marine Corps ring.

While Frank hasn’t opened up about the ring, the actor revealed he chose to wear it to make him feel closer to his New York City Police Commissioner role.

Selleck revealed: “I had a lot of them (rituals) when I started doing the character, now when I dress it helps and I’m superstitious.

“I bought a real Marine Corps ring, because he’s a marine and before the show started I thought, ‘I’m going to take a risk and maybe it’ll make the show work.’”

'NCIS' Has Changes Coming Amidst Critique of Law Enforcement Shows