Who did Sarah Michelle Gellar play in the Big Bang Theory finale?

This final twist occurred after the two characters met on a plane on the way to Stockholm.

The cameo also led to a well-received joke where Sheldon stops his acceptance speech after seeing Gellar and asks: “Is that Buffy the Vampire Slayer?!”

WHY IS THE BIG BANG THEORY ENDING? 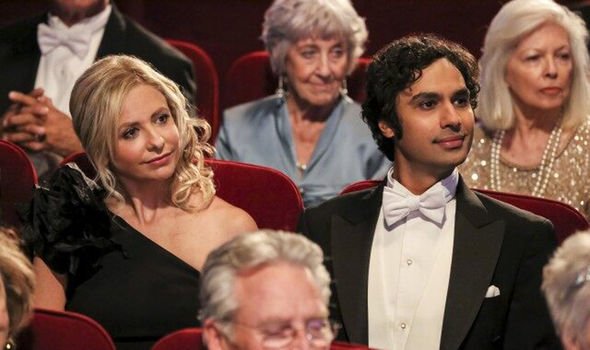 Speaking to Entertainment Weekly, Big Bang Theory executive producer Steve Molaro said: “We knew that they were going to be on the plane and that there was no one sitting next to Koothrappali.

“Then [Big Bang creator] Chuck [Lorre] was like, ‘This seems like an opportunity for him to be sitting next to somebody fun.

‘Maybe there’s a celebrity that we can incorporate into this.’”

Gellar and Buffy the Vampire Slayer have been mentioned a number of times in the series prior to the finale.

HOW TO WATCH THE BIG BANG THEORY ONLINE 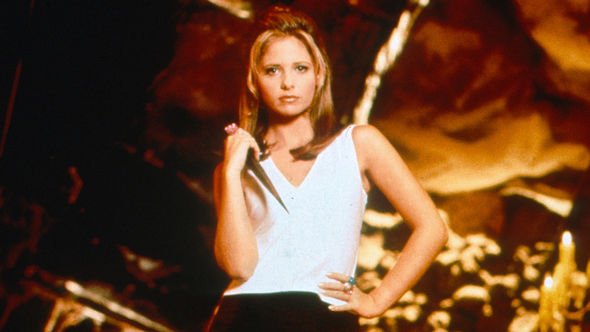 A previous episode, for example, saw Leonard (Johnny Galecki) desperately trying to get Penny (Kaley Cuoco) into the show to no avail.

When asked how easy it was to get Gellar on the show, Molaro said: “Well, Chuck spoke to her, but it’s always a good sign when the first thing people say is, ‘Our family are huge fans of this show!’

“So then it’s like you’re pretty safe and then it was just a matter of working out scheduling [with Sarah.]”

Another running joke in the Big Bang Theory finale saw Gellar making it very clear that her and Raj were definitely not on a date.

Molaro said of this: “It seemed funny. We know in real life she’s married to Freddie Prinze Jr. and, obviously, it’s a TV show.

WHO IS IN THE CAST OF THE BIG BANG THEORY SEASON 12? 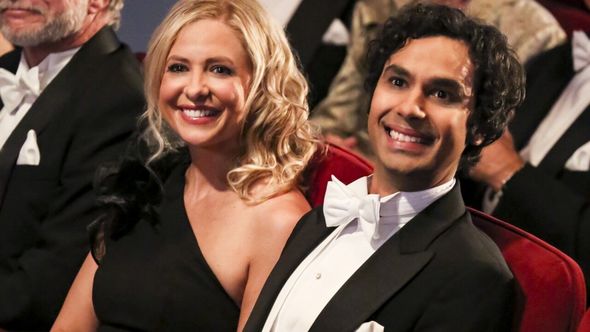 “But it was just a funny way to cover our bases and get a joke in and give her a good laugh along the way.”

Playing herself in The Big Bang Theory is the latest role in a career that started in 1981 when Gellar appeared in a Burger King commercial.

The role she is best known for, however, is Buffy Summers, which she played for six years on Buffy the Vampire Slayer and also played on spin-off Angel and an episode of Robot Chicken.

The 42-year-old actress is also known for Cruel Intentions, Scooby-Doo and The Grudge.

The Big Bang Theory finale will air on Thursday, May 23 at 8pm on E4