As Better Call Saul heads into its sixth and final season, fans are anxious to find out how it all ends. The series is a spinoff of the AMC crime drama Breaking Bad and tells the story of “criminal” lawyer Saul Goodman, portrayed by Bob Odenkirk. Unfortunately, it’s been a long wait for new episodes, as a result of the coronavirus (COVID-19) pandemic, but Rhea Seehorn promises that when the show returns, it won’t disappoint. 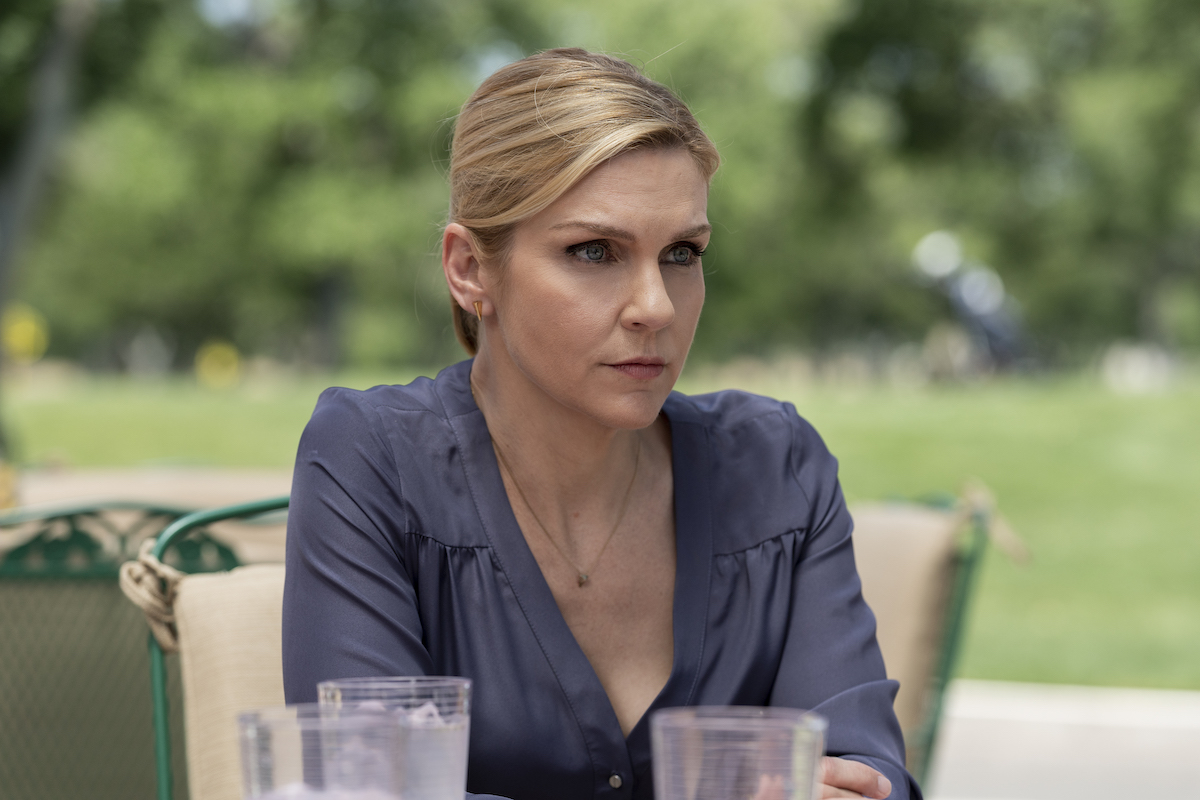 The ‘Better Call Saul’ Season 5 finale was a shocker

The latest season of Better Call Saul aired from February to April of 2020. In the finale, titled “Something Unforgivable,” Kim Wexler (Seehorn) approached Saul about a devious scheme that would professionally ruin Howard Hamlin and financially benefit them. It seemed beyond out of character for her, so much so that even Saul with his shady ways was shocked.

Kim assured him that she’s fine with it, shooting some now-iconic finger guns his way to lighten the mood. But Saul seemed even more worried for her.

At the same time, Lalo Salamanca was visiting his family’s compound in Mexico, accompanied by Nacho Varga. Unbeknownst to him, Gus Fring had ordered Nacho to assist in an attempt on Lalo’s life while there. He did, unlocking the gate one night to let assassins inside. But in a stroke of luck, Lalo made it away unscathed. He was last seen walking away, angry and seemingly thinking of revenge.

As filming on the show continues, Variety caught up with Seehorn for an interview about her current projects. While she kept her comments on Better Call Saul Season 6 to a minimum, she teased it would be a must-watch.

“Like I said, whether I’m in scripts or not, I get to read them and I can tell you that this season is insane,” she told the outlet, in an interview published in November. “It’s going to blow people’s minds. I can’t wait for it to come out.”

What happens to Kim Wexler?

One of the biggest questions that fans have at this point is about Kim’s fate. Many believe she’ll die because of her absence in Breaking Bad. However, Odenkirk said that doesn’t mean she’s not alive.

Seehorn told The Daily Beast that she doesn’t yet know what happens to Kim, leaving fans to speculate.

We’ll be sure to share more updates on the show as they become available. In the meantime, check out more of our Better Saul Call coverage, below.

What happened to Travis Fimmel after he left Vikings?

What time is Michael McIntyre's The Wheel on TV tonight and how does it work?

The Good Doctor season 3 finale: Who will die? Showrunner reveals which stars are safe