Captain Lee Rosbach from Below Deck may have been madder than a pissed-on chicken but he ultimately did not boot Justin Richards and Michael Durham from their yacht vacation.

Rosbach was furious when he learned about Richards’ behavior the previous night. He was especially angry when he heard that Richards told chief stew Heather Chase to “go f**k yourself.”

Upon waking the next day, Richards warned Durham that there was a good chance the group could be sent packing as the guests braced for Rosbach’s wrath.

Rosbach asks the crew to tell Richards and Durham to meet him in the wheelhouse. One of the guests nervously jokes, “Captain Lee is going to throw us off the boat.” 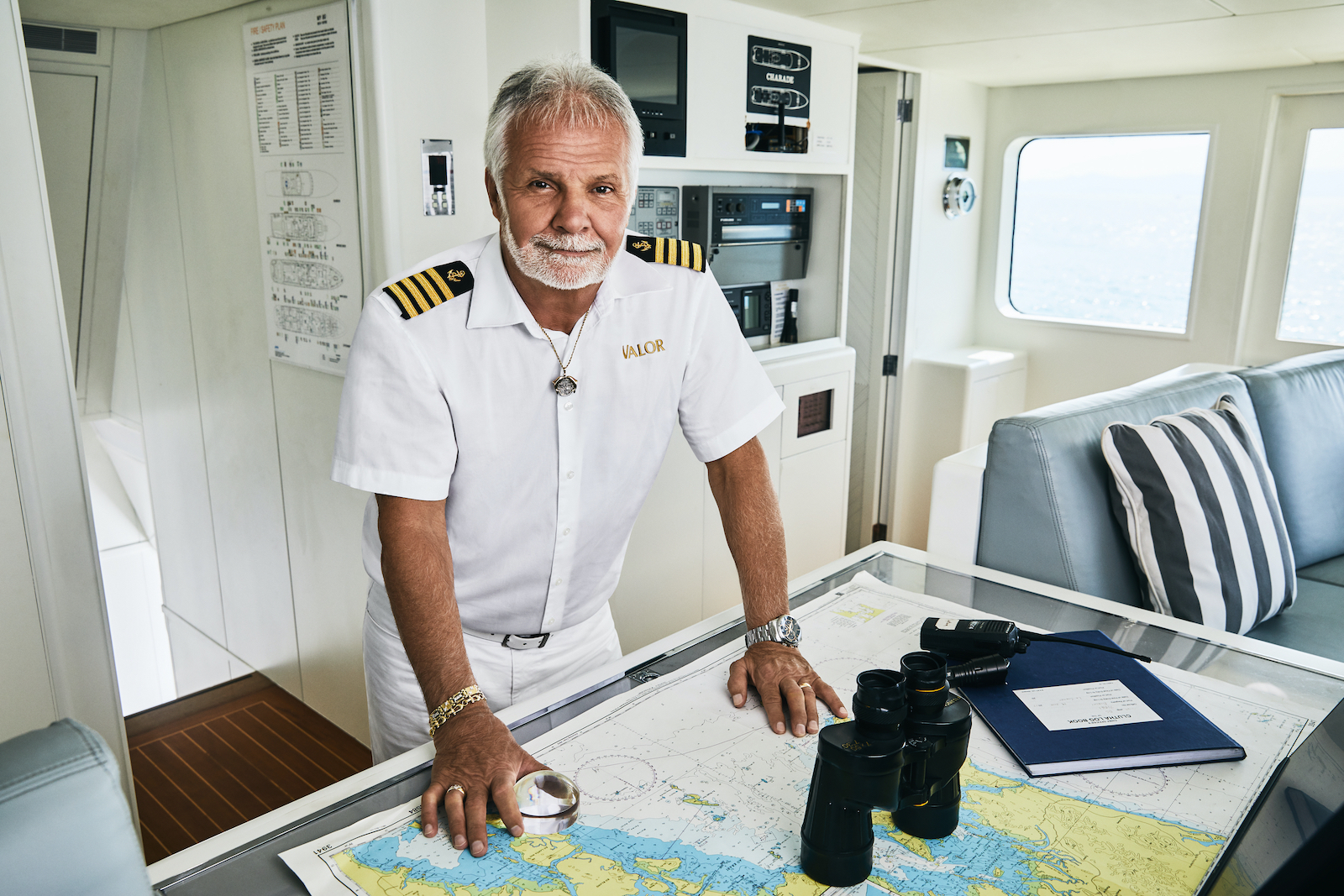 Luckily for the guests, Rosbach does not end their charter and gives them a warning. “I just wanted to have a chat about what transpired last evening,” Rosbach began the chat while Richards and Durham looked on.

Rosbach remained shockingly calm during the confrontation with the guests. “Telling Heather to go f**k herself was totally improper,” he told the guests. “I don’t talk to my crew that way and I will not tolerate anyone else doing it.”

Richards tries to defend himself, claiming not to know what transpired over the previous evening. But Rosbach wasn’t having it. “I don’t want the excuses, just get your sh*t together,” he said. “If that behavior happens again, your charter will be over. Make no mistake about it.”

Richards seemed remorseful and apologized for his behavior. Durham added, “I really am sorry.” Richards even went back and apologized to his friends. “For my part in it as it relates to you guys, I’m very sorry, I really am,” Richards says to the rest of the guests.

Terri Augustyn was also heavily involved in the drama. She and Richards went head to head during that drunken night and she talked about the show on Instagram. She joked about how the whisky pairing wasn’t the best idea. “Fortunately and unfortunately yes,” she shared on Instagram about being on the show. “2 weeks there & only drama was edited into the show…totally understandable. However, multiple course meal with paired with a whiskey never is a good idea!”

Augustyn added, “I made a fool out of my self one of the nights;) mental note! Don’t drink whiskey!”

What did Michael Durham and guests tip the crew?

But after the guests left, producers created a multi-screen shot of the crew. “We can all say it together now,” first officer Eddie Lucas says. “F**k off.” Rosbach is heard saying, “Boy am I glad that’s over.”

Related: Hannah Ferrier Reveals How She Could Return to ‘Below Deck’ – Especially for Captain Lee (Exclusive)

In the crew mess, Rosbach distributes the tip. “Overall I think the charter went pretty good,” Rosbach shared with the crew. Instead of rehashing the guest mess, he recounted how docking could have been better. He then revealed that the guests left $19,800, which was $1,650 per crew member.

“He can go tell Heather to go f**k herself anytime if it leads to a $20,000 tip,” third stew Jessica Albert joked about Justin Richards’ tirade.

IATSE and AMPTP to Continue Contract Negotiations on Thursday