Louise Minchin, 52, was on hand to grill Apprenticeships and Skills minister Gillian Keegan, 52, about matters such as local lockdowns and whether Government advice on coronavirus was simple enough to understand. The MP answered all the questions the BBC Breakfast host put to her, reiterating the fact the public should adhere to the restriction rules to do their part to defeat the virus. However, BBC viewers watching at home were left raging as they felt the Conservative Party member was repeating herself, rather than providing any new information.

How is Boris Johnson handling the coronavirus crisis? Vote in our poll

Amongst a whole manner of questions the presenter put to the minister, Minchin asked: “With all those different rules, is this not a confusing picture for people?”

Keegan told her interviewer: “Well, actually, we’ve tried to simplify the rules for people. But you’re quite right.

“If you’d have said a year ago that we would be living under some of the restrictions we are living under now, nobody would’ve believed us.

“This global pandemic has had a massive impact on every part of our lives, but whilst we’re in this situation where we’re learning to live with the virus until we get a vaccine then at the moment it really is hands, face, space.”

It was the repetition of the Government’s latest slogan which left viewers riled and they took to Twitter to comment. 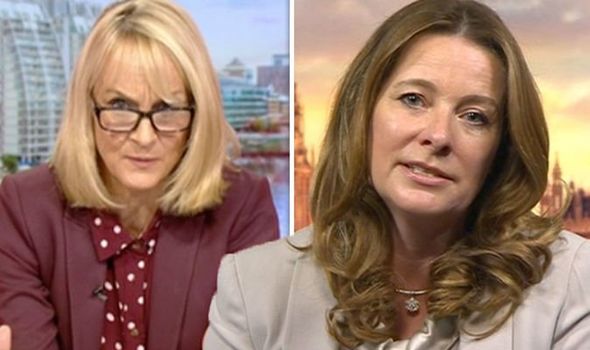 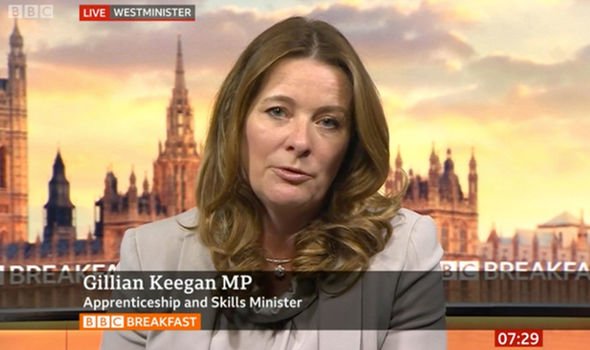 One wrote: “#bbcbreakfast phew, I’ll be safe from Coronavirus because the government have thought of another three-word slogan. How much did Cummings get paid for that? #HandsFaceSpace.”

Another added: “Well she lasted a long time before rambling and misquoting one of those silly three-word slogans. #BBCBreakfast.”

“Yet another catchphrase “hands, face, space”. How many times is she going to say that #BBCBreakfast,” a fourth remarked. 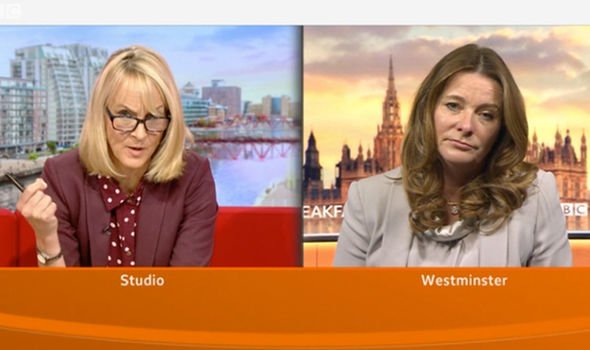 However, Keegan stressed the importance of the message as she continued: “Those areas that have higher case rises we really do have to reduce the amount of socialising which is where a lot of the transmissions are taking place.”

The Government minister was asked once more if she thought the rules were “confusing” to which she reiterated the slogan again.

“The only thing that kills the virus at the moment is soap and hand sanitiser – that’s why it’s so important people do use that.

“The face and space for the airborne coronavirus to make sure you wear a face mask to protect yourself and others and keep far away.”

“And now, we’ve got the rule of six,” Keegan continued, adding: “Obviously in local areas, there are some curfews in place which have now been extended across the country.

“And we have some additional restrictions on households not mixing – there are some different rules for different areas.

“But by and large, the main rules are really simple. Hands, face, space, the rule of six and finishing your socialising before 10.”

It has been reported the death toll across the world since the first case of coronavirus was reported has now reached one million.

In the UK, the number of people testing positive for coronavirus continues to increase after Prime Minister Boris Johnson, 55, said the nation was in the beginnings of the second wave last week.

On Monday, the number of people who tested positive for COVID-19 over a period of 24 hours stood at 4,004.

Over the weekend, the numbers started to decrease as last week saw one of the biggest daily spikes since the peak of the pandemic in May.

The number of fatalities also increased as 13 more people died as a result of contracting the illness.

BBC Breakfast airs weekdays at 6am on BBC One.

Riverdale season 5: How many episodes in season 5 of Riverdale?