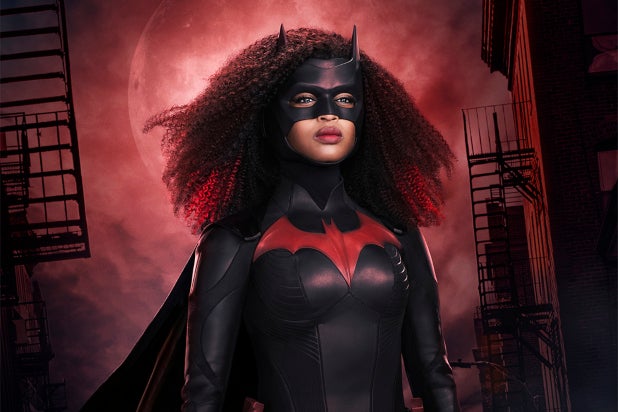 With Sunday night’s Season 2 premiere of “Batwoman,” Javicia Leslie officially made her debut as the newest superhero in Gotham.

For months, fans wondered how Leslie would be introduced to the CW series, given Ruby Rose’s abrupt departure from the role after just one season. That question was answered last night, as viewers discovered that Kate Kane’s plane to National City had crashed. Leslie’s Ryan Wilder finds Kate’s batsuit (but no body), and she bravely decides to take up the mantle.

Showrunner Caroline Dries promised last week that Kate’s disappearance will be addressed throughout the season, noting, “it will be a huge roller coaster for all of our characters. And my hope is that it feels like a very awesome, satisfying resolve.” In the meantime, fans are already on board with the newest superhero of the “Arrowverse.”

“I’ve been obsessed with the Batfam my whole entire life — and this episode of #Batwoman is absolutely everything I could have dreamed of for this series, for the evolution of the character, for this moment in time, and I cannot WAIT to see where it goes,” one viewer tweeted.

Other fans celebrated the significance of Leslie making history as the first woman of color to step into the Batwoman role.

“We all just watched a BLACK Batwoman on TV with the bat team being other minorities,” one excited fan noted after watching.

See more of the overwhelmingly positive reactions to Leslie’s debut below.

The Many Loves of Elizabeth Taylor

'Married at First Sight': Zach Doesn't Know If He 'Feels Married' to Mindy