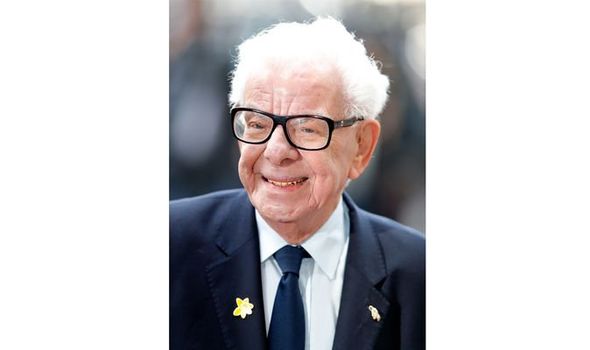 “I FEEL like the great survivor when I look at this photograph – a positive pantheon of comedy greats – because so many of the famous faces pictured here have sadly passed away. This was taken in David Frost’s garden in 1967 to celebrate us winning the Golden Rose of Montreux for Frost Over England, a special compilation from the satirical BBC show The Frost Report [which featured the classic John Cleese, Ronnie Barker and Ronnie Corbett sketch parodying the British class system].

I’m in the back row, second left. I was hired as a writer when David Frost (front row, centre left) came to see Ronnie Corbett and me perform in cabaret at Danny la Rue’s revue club. Afterwards, he invited us out for a drink and as a result Ronnie joined the show and I became a Frost writer. 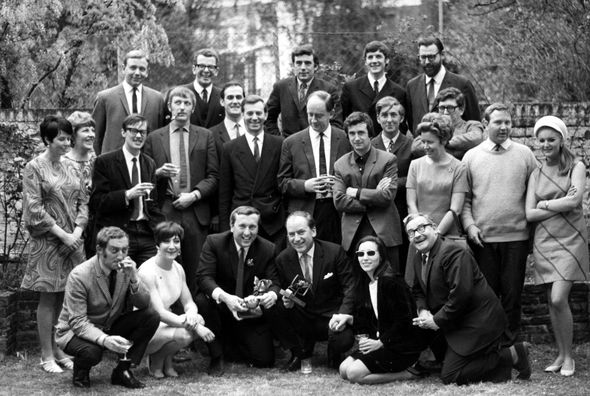 It was a sheer joy working on The Frost Report. Every week, Antony Jay (with the balding head, middle row), who went on to co-write Yes Minister, would read out his essay on the given subject that week. It was known as his continuing and developing monologue, or CDM for short, which we christened Cadbury’s Dairy Milk. We’d then go and write our sketches and meet up again later to play football in a church hall in Marylebone with a tennis ball. Frosty was always in goal.

I used to call Frosty the Practising Catalyst because he was brilliant with people. He noticed that Graham Chapman and I had become good mates and put us together. We’d never thought of working together, but subsequently collaborated on more than 50 shows. John Cleese used to say, ‘Graham, are you being unfaithful to me with Baz?’

The show was similarly where many of the future Monty Python team honed their writing skills. I’m pictured standing next to Terry Jones and Michael Palin; Graham Chapman, John Cleese and Eric Idle are below me in the middle row. Michael, who remains a good mate, said I was like the boy you met on your first day at school. He’s as nice as you’d expect, although he hates that description.

Terry was ebullient and full of energy, although he and John, despite being good friends, would often have a go at each other – mainly because Terry was Welsh and John was from Weston-super-Mare, just across the border. Michael was the Paul McCartney of the outfit – the peacemaker.

It was a happy time in my life and brought me lifelong friends. And to think that none of it would have happened if Frosty hadn’t turned up at Danny la Rue’s club one evening. I’ve been dogged with good luck all my life.”

Barry Cryer Comedy Scrapbook by Barry Cryer & Philip Porter (Porter Press International) is out for £15, plus £3.95 p&p, at porterpress.co.uk/collections/charity-collection. An extra 25 per cent will be donated to the WHO Covid-19 Response Fund. Add discount code CHARITY at the checkout.