Antiques Roadshow: Pastel painting valued at up to £8,000

Last week, Fiona Bruce and the Antiques Roadshow team headed to Bodnant Garden in north Wales. Amongst the valuations was a pair of rare Wedgewood tigers, a carved Russian charm and a silver box with a politician connection. When it was Grant Ford’s turn to take a look at an item, he had the pleasure of valuing a painting from the 1900s. And when he told the owner how the art was half the value it should’ve been should it go to auction, she was adamant she wouldn’t part ways with it.

Grant began: “Whether happy or sad, or feeling a little bit under the weather, we all know children are comforted by their favourite toy.

“And this pastel on paper depicts a very sweet little girl holding onto her favourite doll and it’s almost she’s a little bit listless, she’s convalescing.

“Can you tell me a little bit of your family history behind it?” He asked.

The lady said: “Well, I’ve known the painting since I was a child and it hung in the apartment of my father’s cousin and her American husband, Edward Clark Streeter. 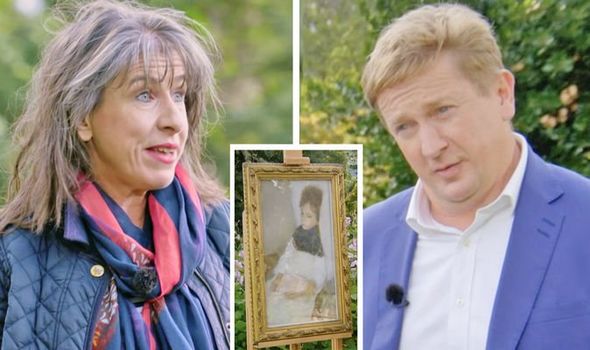 “He’d inherited it from his father, Edward Clark Streeter Senior who was a medical historian and I believe had bought the painting in Paris.”

“So tell me a little but more about Streeter Senior. He was a medical historian?” The expert went on.

And those watching at home saw the guest explain: “Yes, from New York and they had an apartment in Paris from 1921 for several years.”

“If I look at the signature, I can decipher the PAS which is short for Pascal,” Grant said. 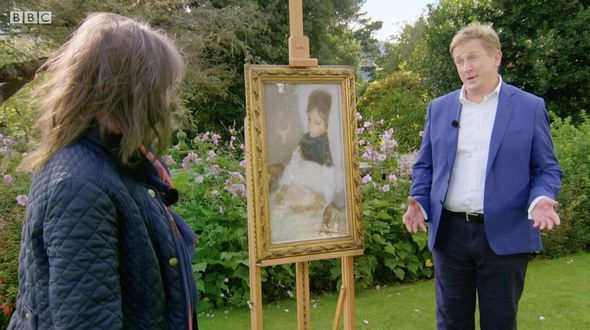 “And then it’s signed Dagnan, which is Pascal Dagnan-Bouveret, a Parisian artist and he was knowns as one of the greatest naturalist artists, a very, very good painter.”

However, the painting was not in the best condition as Grant revealed: “It has been through the wars a little bit, there are tears which are actually very difficult to restore properly.

“But I think the whole picture is rather divine.”

As for how much it would fetch should it be for sale, the expert added: “And now we’re coming to value. 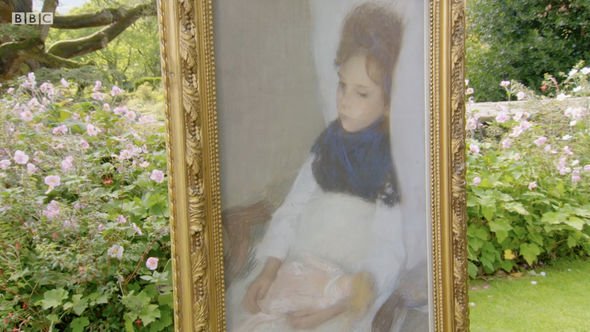 The lady remarked: “Well, very pleased to hear that and I’d really love to keep the painting.”

This wasn’t the only piece of artwork that was looked at by an Antiques Roadshow expert in the episode as earlier on, Frances Christie spoke to a lady who owned a Quentin Blake picture – “who is, of course, the nation’s most favourite illustrator”.

“He’s probably most famous now for his collaboration with Roald Dhal,” Frances continued to explain.

The owner had said it wasn’t until 2009 when she decided to find out who had created the artwork and a friend mentioned how similar it was to Quentin Blake’s work, so she emailed his gallery and he confirmed he had indeed drawn the picture she owned.

Antiques Roadshow airs tonight at 8pm on BBC One.

Who was in the final of The Masked Singer 2020?