Greater Manchester Mayor Andy Burnham asked the government for a minimum of £65million in financial support for local businesses and residents ahead of the region going into Tier 3 on Friday. It’s believed an offer of £60million is still on the table but former BBC presenter Andrew Neil was not impressed and ripped into the government as he questioned why they would not give Greater Manchester an extra £5million.

Speaking on This Morning’s The View segment, he explained his disappointed with the government as he chatted to Ruth Langsford, Eamonn Holmes and Afua Adom.

Andrew remarked: “The £60million is still on the table but the Prime Minister couldn’t tell us that last night at the press conference.

“Maybe he didn’t know. He’s not the great details man.

“That allowed Labour MPs to say £22million was on the table, that’s not true. 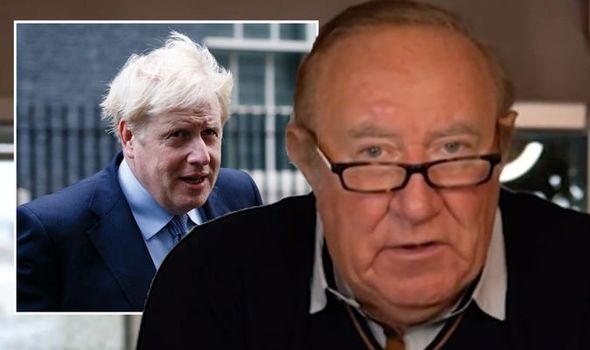 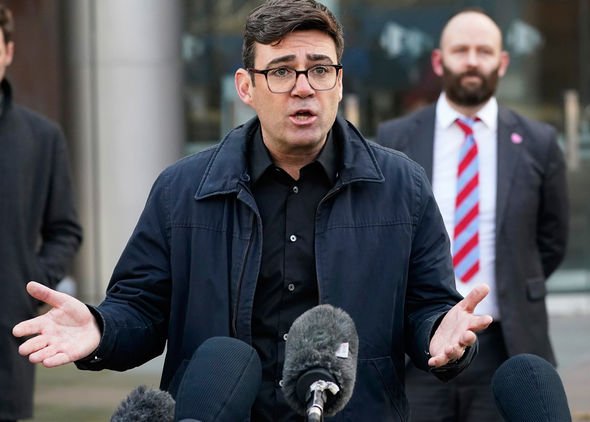 “The £22million is for the track and trace in the Greater Manchester region.

“The £60million is still on the table even though you wouldn’t know it from the government itself. That’s the financial package.”

Andrew continued: “Andy Burnham had originally wanted £90million, he came down to £75million.

“He got to £65million and he thought the government should get up there. 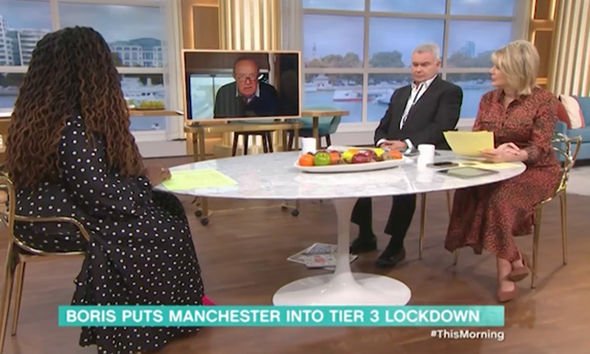 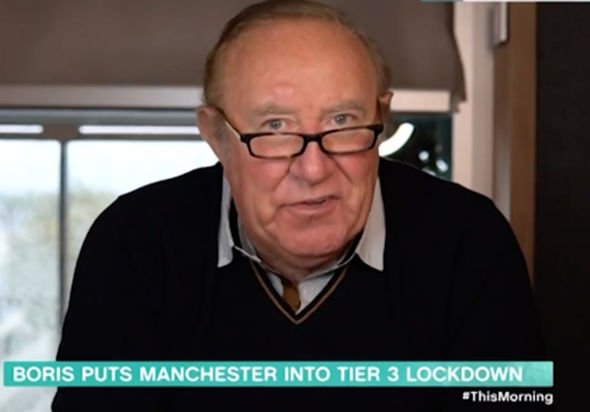 “Can I just point out that in September, last month, the government borrowed £36billion.

“£36billion, in one month. This month it will borrow over £000billion. What is £5million to get Greater Manchester and the Westminster government working together to defeat Covid?

“I mean frankly, it just baffles me how this has been handled.”

under the Tier 3 rules, pubs and bars not serving substantial meals have to close, and households have been banned from mixing indoors.

As Greater Manchester and Westminster struggled to agree on how much financial help should be given, the Prime Minster stated; “I do regret this.

“As I said last week, we would have a better chance of defeating the virus if we work together.”

He added Greater Manchester would receive £22million as part of a “comprehensive package of support” but the “door was open to continue the conversation” for further aid.

Health Secretary Matt Hancock explained why these decisions had been made.

He explained: “here are now more Covid-19 patients in Greater Manchester hospitals than in the whole of the South West and the South East combined.”

This Morning airs weekdays on ITV at 10am.

Every DC Comics Movie Ranked Worst to Best, Including 'Joker'