ABC’s American Idol scored a 1.0 in the adults 18-49 demographic and netted 6.51 million viewers on Sunday night, down a tenth from last week’s Season 19 premiere but enough to top primetime in the demo. The network also aired an episode of America’s Funniest Home Videos (0.8, 5.18M), which climbed two tenths in the demo, and The Rookie (0.5, 3.92M), which dipped. 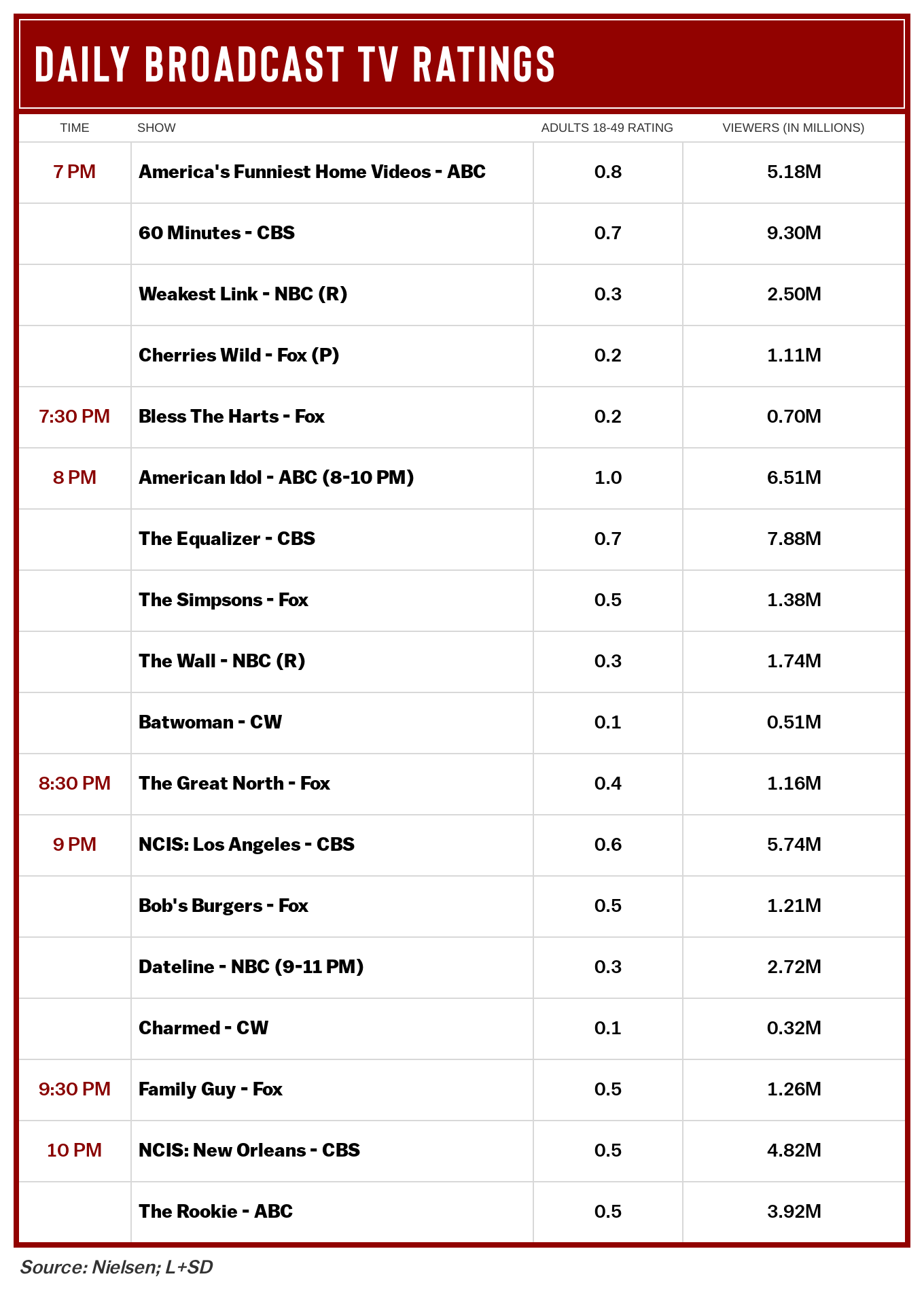