From the moment HunterGirl sang her first note on American Idol, the judges knew she would stand out. The country singer earned the competition’s first-ever platinum ticket to Hollywood, an honor given to only the three best artists in season 20. HunterGirl continued to impress viewers and the judges throughout the season, making it all the way to the finale. In celebration of HunterGirl’s second-place win, here are five things to know about her.

What is HunterGirl’s real name?

During her American Idol audition, HunterGirl, 23, revealed that her real name is Hunter Wolkonowski. The Grundy County, Tennessee, native didn’t explain where she got her stage name. However, her uncle, Judge William R. (Trey) Anderson, III, of Grundy County General Sessions, shared the story via the Tennessee Courts website.

As HunterGirl’s website notes, she graduated from Middle Tennessee State University with a degree in music business. While completing her studies, HunterGirl often performed gigs at local venues, including Jason Aldean’s Kitchen and Rooftop Bar, HonkyTonk Central, The Listening Room, and more. She also entered and won multiple songwriting competitions, which allowed her to open for musical acts like Florida Georgia Line and Kane Brown.

HunterGirl shared on American Idol that she often works with veterans in music therapy, helping them translate their stories into songs as a way to heal from PTSD. According to the singer’s website, she has ties to music therapy organizations like “Freedom Sings USA, Operation Song, Middle Tennessee State University, Charlie and Hazel Daniels Veteran Center, and Soldier’s Child.”

Before the American Idol finale, HunterGirl returned home for a celebration of her journey. In one emotional clip that aired on the show, she visited one of her veteran groups, who told HunterGirl how much she has helped them. In turn, she shared how much it meant to her that she could give them a voice. 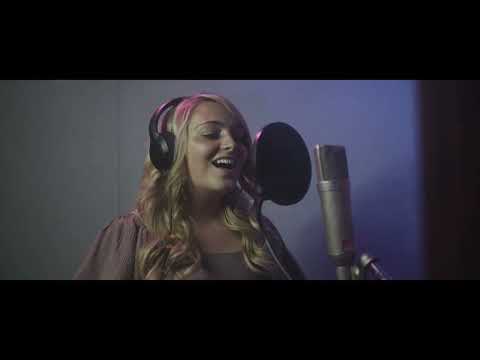 HunterGirl’s fans can find her on all social media platforms as @HunterGirlMusic. She has shared plenty of American Idol promos and behind-the-scenes photos on Instagram. Meanwhile, HunterGirl has posted some covers and originals on TikTok, including a recent acoustic cover of “Tin Man” by Miranda Lambert.

HunterGirl had the chance to record an original single, “Red Bird,” alongside her fellow American Idol Top 7 contestants. However, she’s no stranger to releasing music. Back in March, the singer dropped a five-track EP called One Day, available for streaming and download on all platforms. She also released a single called “We’re Not in Kansas Anymore” in 2018.

American Idol Season 20 is now streaming on Hulu. Stay tuned to Showbiz Cheat Sheet for more updates on HunterGirl and the singing competition.