Adam Rickitt on how scammers drained 50k from his bank account

Hollyoaks star Adam Rickitt and his wife, Good Morning Britain’s Katy Rickitt, appeared on the ITV show and joined presenters Susanna Reid and Ed Balls to discuss their scam ordeal. Discussing how they managed to get his money and the precautionary steps he took, Adam admitted that the scammers “knew too much” leaving him susceptible to their plan.

Touching on the heartfelt video Adam posted to social media, Susanna admitted: “I listened to you speak about the details of it.

“I thought, ‘I would have fallen victim to that’. Frankly, it was very persuasive, they induced a sense of panic in you that you had to act quickly.

“And it occurred to me that you did everything that you could to try and verify who these people were, how much did you lose during the scam?”

Adam revealed: “We lost £50,000, or just shy of that. The scary thing is that wasn’t what they were aiming for. 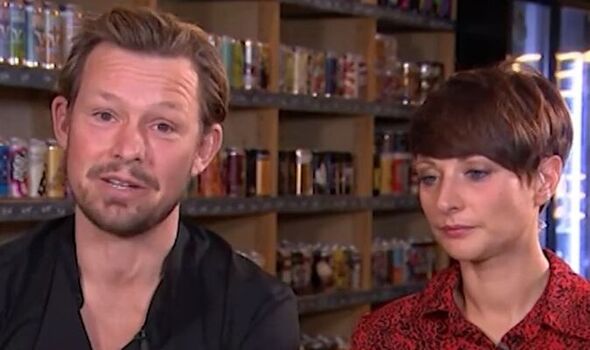 “They weren’t aiming for the £49,500, they were aiming to empty our entire business account and it was purely by chance after this two to three-hour process that I was able to spot the money that I was told would never be leaving our account, had actually left and it wasn’t Barclays I was speaking too.”

Susanna added: “And a lot of people would think, ‘Why would you make a payment?’ That is the obvious question, isn’t it?

“So what is it that made you 100 percent believe you were making a dummy payment to Barlacys because you were talking to their fraud department?”

Laughing at the mistake, Adam said: “It was a whole, hand on heart, they are better at this than I would ever be. 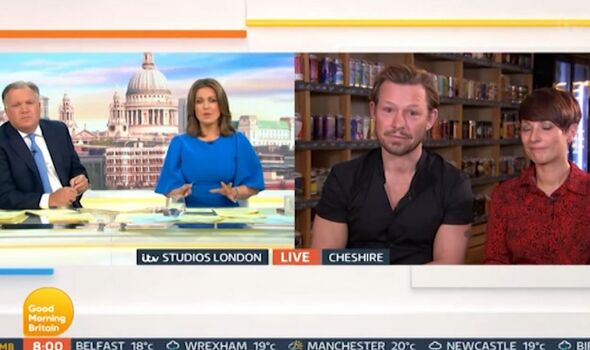 “They are better and I think the system will ever be. Essentially they were ringing me from the Barlacys fraud number itself which I did check.

“I naively didn’t know that you could ghost financial institutions.”

Curious about what he meant and knowing some viewers wouldn’t understand, Susanna asked: “Explain what that means.”

He revealed: “It’s basically where you have a number show up on your mobile phone and originally I got a text message from Barclays text department.

“The text said I will be getting a call from a member of the fraud department, the number they called me on, the first thing I did was go onto the Barclays website and it was the same number.

“Essentially it transpires, hackers are now able to ghost people’s numbers, not only so you’re called from that number, but if you hang up and redial they will still pick it up.

“You need to ring them from an entirely different phone. The most convincing thing for me despite looking them up on LinkedIn was the fact that they knew too much about my account.

“They knew how much was in the bank to the nearest penny and they knew every single cash withdrawal we had made from ATM machines.”

'The Handmaid's Tale': Why Did Tuello Make That Terrible Deal with Fred Waterford?

After Life cast: Who is Annette Crosbie? Meet star behind 100-year-old woman