MODEL Abbey Clancy shows she’s a girl about brown while flashing her abs on a shopping trip.

The mum of four, 35, married to ex-England footballer Peter Crouch, 40, wore a tan crop top and rain mac while out in Knightsbridge, West London. 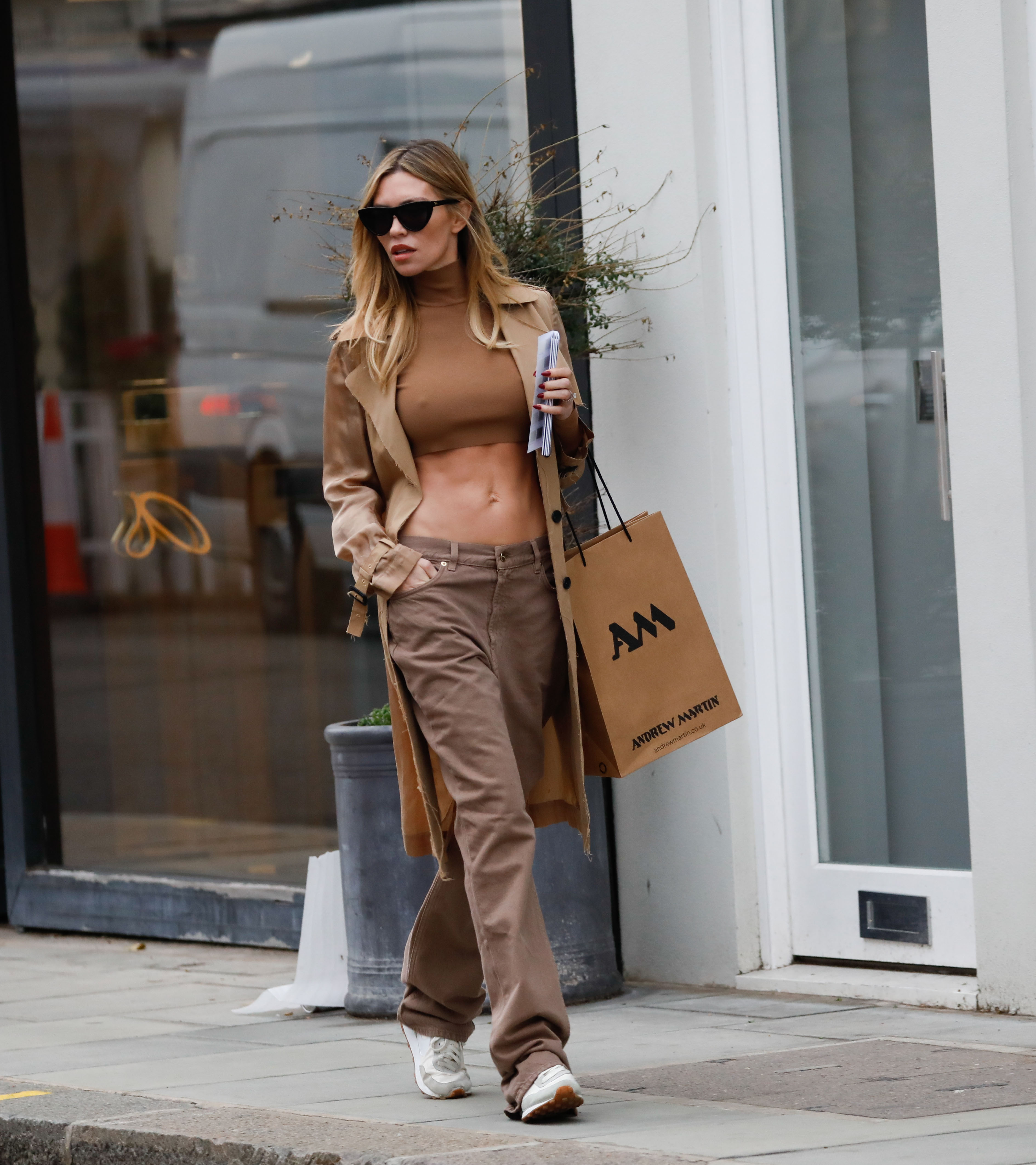 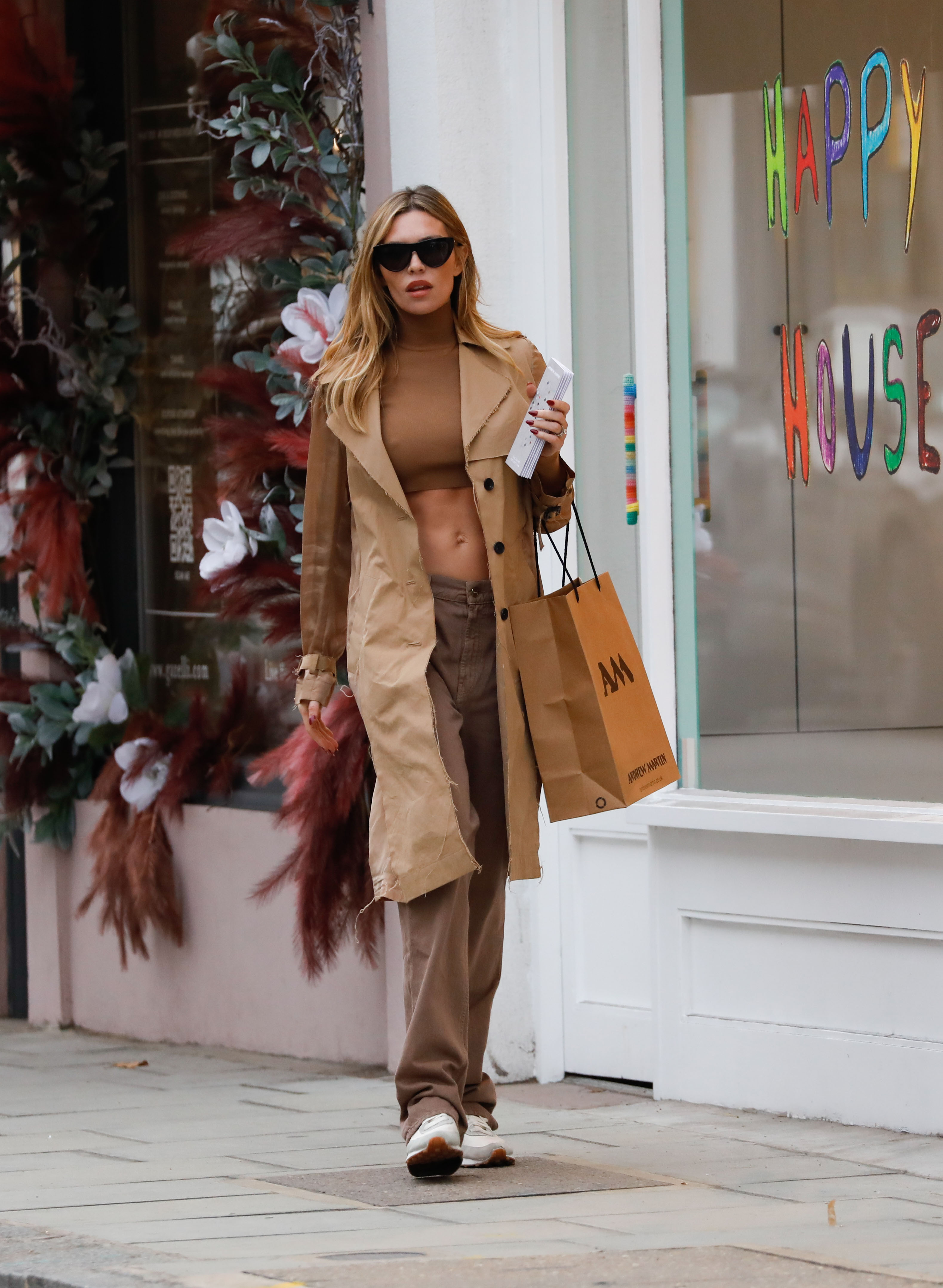 And her street style was on show again as she modelled for a shoot on steps nearby.

Last month, she raised eyebrows when she revealed she had kicked her husband out of their bed to make room for three of their kids.

The blonde bombshell said Peter sleeps on a single matress on the floor and added she “kind of” likes the unusual sleeping arrangement “in a weird way”.

Model Abbey recently revealed she and Peter "hated" each other when she discovered she was pregnant with their fourth child.

She opened up about the couple's marriage struggles – and how their youngest, baby Jack. ended up being a "gift from God".

"I was finished with three," said Abbey. "I went for a fitting and she said 'are you pregnant by any chance?'

"I was so scared. He got another two hours out and when he came home he said 'I’ve had time to think… and it’s OK'.

"We hated each other at that point as well so I don’t even know how I got pregnant to be quite honest.

"The pregnancy with our three-year-old Johnny was hell, I hated him and he hated me. So I don’t know how it happened.

"That’s why we call him the gift from God. He is just wonderful and he’s fabulous and he’s fitted in so well."