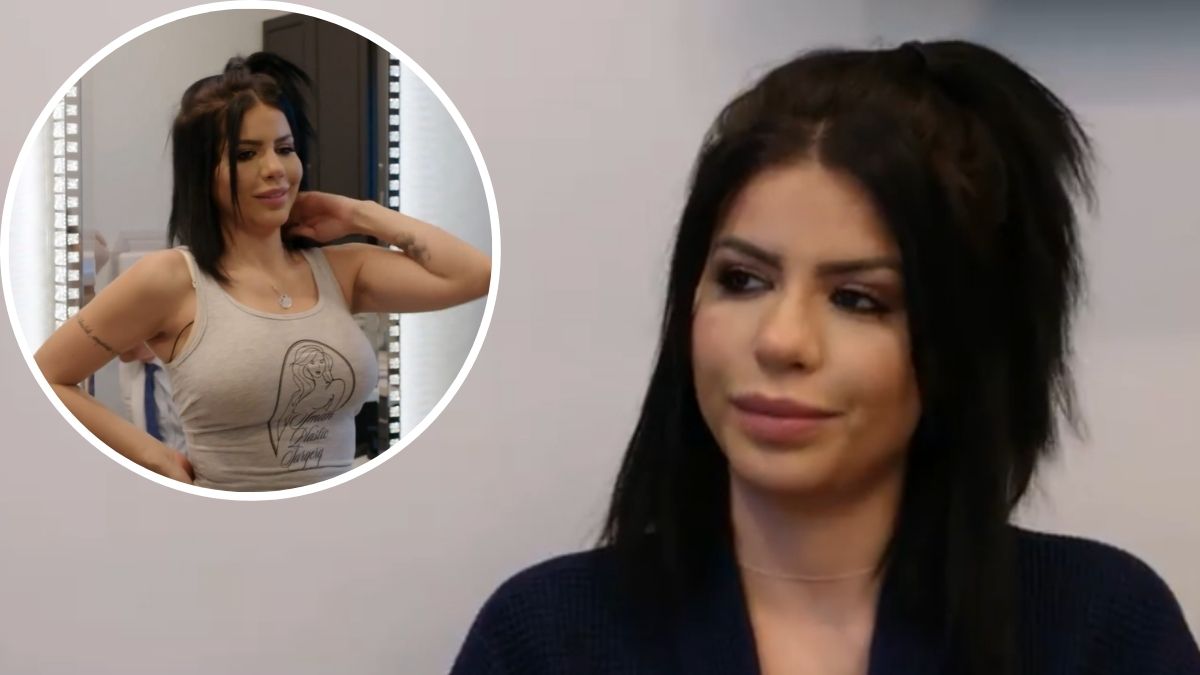 Larissa Lima has already had quite a bit of plastic surgery since landing in the United States before her marriage to Colt Johnson. Now, she’s moved on with Eric Nichols and post-divorce, she’s been working hard to improve her appearance and her self esteem.

On an upcoming episode of 90 Day Fiance: Happily Ever After?, Larissa and Eric head to the plastic surgeon’s office with one of her friends who has already had work done by this doctor.

As we already saw on the show, Eric Nichols will be footing the bill, at least for now, with Larissa promising to pay him back. Larissa calls this an “investment,” and we already know that the procedure is going to cost thousands of dollars.

During the latest 90 Day Fiance sneak peek, we meet Dr. Lane Smith, who is assumed to be the doctor who will be performing Larissa Lima’s next plastic surgery.

He starts talking to Larissa about the surgeries that she wants on her breasts and her nose. Then, they skip straight to talking about breast implants and what Larissa wants her profile to look like when she’s all done.

The friend who came to the appointment calls the pictures that Larissa is looking at as “high and tight.”

Larissa says, “When I look at the blowup dolls like big boobs, small waist, big lips…I start to feel; it’s so pretty.”

The doctor tries to explain to her that “skinny people don’t usually have big breasts.”

But Larissa makes it very clear that she wants her new breast implants to look “very fake.”

Then she tells the doctor, “Go big or go home!”

Dr. Lane starts Larissa off trying on 800 cc implants, which would give her DDD breasts. And while Larissa looks pleased, Eric tells her that they look like “headlights” and that he prefers the 700cc, DD look much better.

The doctor admits that he would have gone smaller with the 600cc model but that they “met in the middle” with 700ccs.

Larissa loves the way both sizes make her look. She even comments that the increased breast size makes her hips look smaller.

Dr. Lane says that the implants will still “give her that sexy look. They’ll be high, round, fake, and big. But not so big that it makes you look fat.”

It’s no secret that Larissa had plastic surgery recently and will be showing off her new body very soon. She has even teased that she is joining OnlyFans with a September 2020 debut, which means we should expect to be seeing quite a bit more of Larissa very soon.

It's an Investment | 90 Day Fiance: Happily Ever After

'Friends': The Character 'Fat Monica' is One of the Most Controversial in Series History