Home » TV & Movies » 90 Day Fiance: Asuelu wants his mom to apologize to Kalani after wishing they would divorce 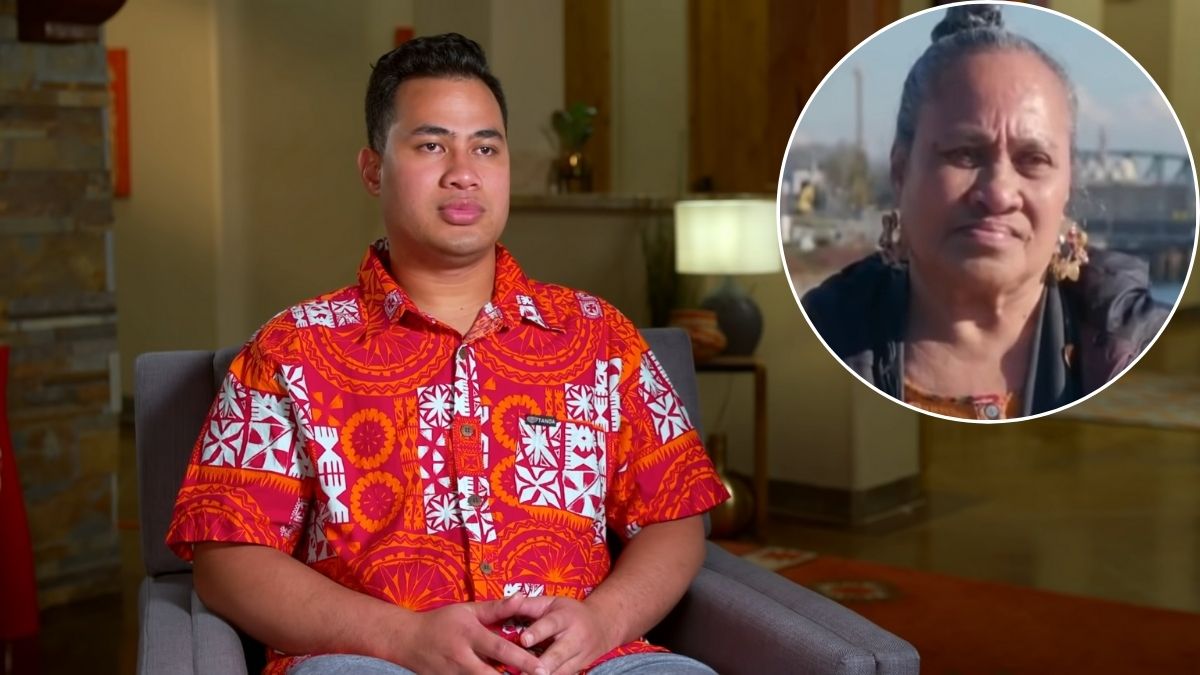 After a contentious visit to see his mother in Washington, Asuelu Pulaa finally seems to see the err in his ways and he’s hoping that his mother will apologize to Kalani for the terrible things that she said.

The family visit quickly turned sour when Asuelu’s mom and his sister made it clear that they care about money more than anything else.

Specifically, they wanted Asuelu’s money and a lot of it. When he told them that he’s not well off enough to give them what they want, she got even nastier.

At one point during the visit, Asuelu broke down in tears, telling his mom that if he gave her their money, his kids would starve.

That wasn’t enough to melt her cold heart though. She wanted the money and she made it clear that she didn’t care about those kids.

In Samoan culture, it’s customary for the kids to send money back to help support the parents. But she doesn’t seem to understand that life in Utah with a family of four can be very expensive and at that point, Asuelu was only working part-time.

Then, there was the confrontation between Kalani and Asuelu’s mom and sister that ended when the sister tried to fight her. It was during that conversation that Asuelu’s mom told Kalani that he should divorce her and return to Samoa so that he could properly send her money — the only thing she seems to care about at all.

After speaking to a therapist and also having to deal with Kalani’s dad Low, Asuelu now seems to understand why all of this has been so upsetting for her.

Asuelu wants his mom to apologize

In a new confrontation with his mom, Asuelu asked her if she really told Kalani that he should divorce her and go back to Samoa.

She wants to know if Kalani is still mad, as if she wouldn’t be after being told that her husband should divorce her and that grandma doesn’t care about the kids, only the money she receives.

So when Asuelu asks his mom why she told Kalani she was hoping they would divorce, she explained, “She didn’t want to send money to me.”

And when Asuelu asked her if she loved her grandkids, his kids, she responded, “I want you to be a strong boy. You can stand by yourself.”

During the tense conversation, Asuelu told his mom that he wants her to “fully, fully apologize to Kalani.”

She ignored what he said and instead, accused Asuelu of putting Kalani first, ahead of his mom. Then she said, “That’s why I need divorce, please.”

As if asking him nicely to abandon his wife and kids would make it happen.

Later, during a confessional interview, Asuelu’s mom explained that if Asuelu threatens to divorce Kalani that maybe she would become “scared” and then she would be a “good wife to him.”

What she doesn’t seem to understand is that Kalani is already talking divorce too. She’s not going to be scared into funding her mother-in-law’s life, especially after the terrible things she’s said about Kalani and the kids.

In her eyes, the only way that Kalani can redeem herself is to send that money. Nothing else seems to matter to Asuelu’s mom as long as they are sending cash. That won’t go over well with Kalani or her dad, Low.

The meetup between Kalani and Asuelu’s families is coming up soon and he wants it to be peaceful. He even warned his mom to keep things cordial when they are around because he doesn’t want any drama.