Why Should I Watch? Hoo boy, where to start? “The Crown” remains one of television’s most consistent awards contenders, as well as one of Netflix’s most striking accomplishments of the prestige TV era. Magnificent craft work and commanding performances come together each and every season to earn your attention, even if you’re not a costumes junkie or Royals devotee. Season 4 adds an additional point of intrigue with Gillian Anderson joining the cast as Margaret Thatcher, the U.K. Prime Minister from 1979 – 1990 who respectfully spars with Queen Elizabeth (Olivia Colman, in her final season), probably over tea during their weekly meetings. Always meticulous and often affecting, “The Crown” Season 4 is set to be another regal experience like no other — no other you can have at home, at least.

Bonus Reason: But wait, there’s more! With Season 4 moving into the ’80s that means it’s time to introduce Diana Spencer — the future Princess of Wales, played by Emma Corrin (“Pennyworth”). This season’s episodes will cover everything from her extravagant wedding to Prince Charles to her 1989 trip to New York City, but, this being “The Crown,” don’t expect a superficial highlight reel. Writer Peter Morgan continues his warts-and-all approach to the royal family, including Charles and Diana’s creepy early courtship and ensuing marital problems. “The Crown” may be prestige TV but a little historically accurate soap has always been part of the play. 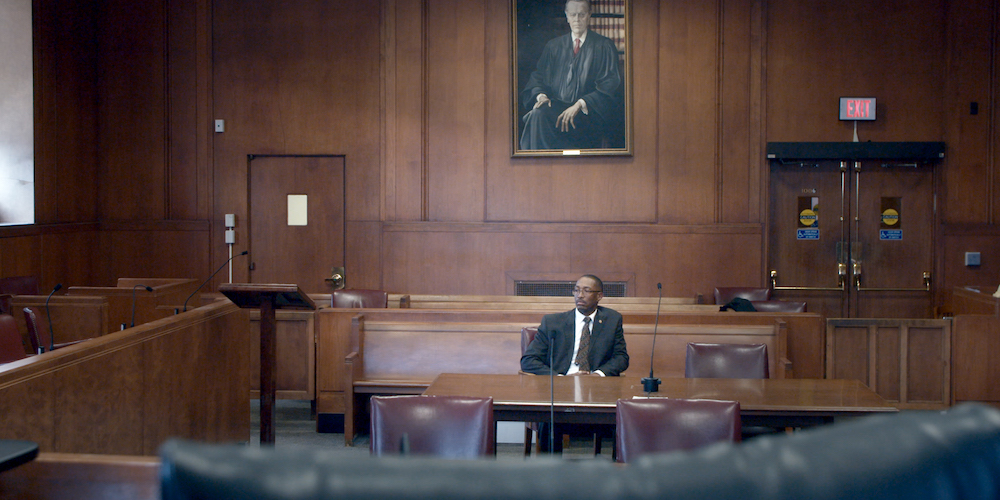 Why Should I Watch? An eight-episode docuseries from director Rémy Burkel, “Trial 4” tracks Sean Ellis’ fight to clear his name after not one, not two, but three trials. After two mistrials Ellis was first convicted of killing Boston Police Detective John Mulligan in 1995 and spent 22 years behind bars before his sentence was vacated in 2015. Still, another trial was planned and Burkel’s docuseries examines Ellis’ long road to freedom, the judicial system that failed him, and police corruption that still runs rampant to this day.

Bonus Reason: In addition to Ellis’ present-day good-standing as a social justice advocate, “Trial 4” also benefits from its storytellers behind the camera. Burkel directed “Sin City Law,” a hard look at the Las Vegas criminal justice system that won the 2008 IDA Award for Best Docuseries, and his co-director there, Jean-Xavier de Lestrade, is an executive producer on “Trial 4.” Lestrade directed “The Staircase,” another highly acclaimed documentary series, so here’s hoping these experienced creatives can help their latest venture avoid the bloat bogging down many recent docuseries. 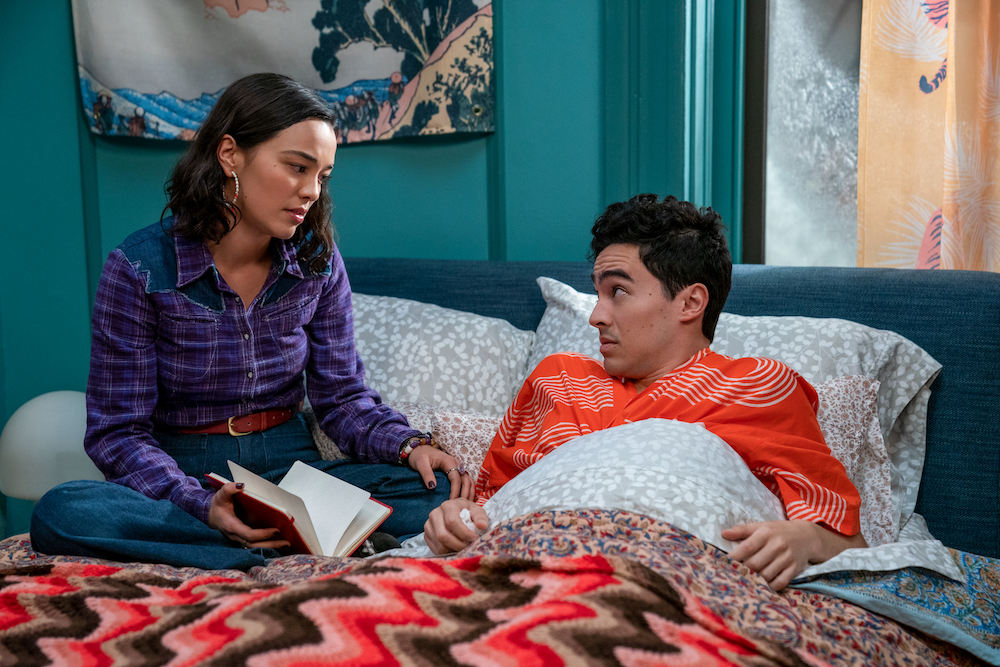 Midori Francis and Troy Iwata in “Dash and Lily”

Why Should I Watch? Given the rampant success of Hallmark’s original holiday movies and the Netflix copycats that followed it was only a matter of time before networks started pumping out serialized Christmas rom-coms — content that could scratch viewers’ Christmas’ itch for more than just one night of the holiday season. Enter “Dash and Lily,” an adaptation of “Dash and Lily’s Book of Dares” written by David Levithan and Rachel Cohn. The eight-episode series is tailor-made to satisfy fans of “A Christmas Prince,” “The Knight Before Christmas,” and “The Christmas Chronicles” (at least until “The Christmas Chronicles 2” hits on November 25), as Dash (Austin Abrams) and Lily (Midori Frances) write love notes and flirty dares in a secret book that they trade off without meeting each other.

Bonus Reason: Depending on your formative experience with actor Austin Abrams, your initial interpretation of “Dash and Lily” could skew anywhere from slightly empathetic to deeply sinister. Perhaps you know him best as the student intern/honeypot Elizabeth Jennings seduced in “The Americans,” and you hope the poor dupe’s second crush (Lily) doesn’t elicit any binge-drinking. Or, maybe you recognize him as teen Kate’s first boyfriend Marc on “This Is Us,” in which case you hope Santa brings Dash a stocking full of broken glass because coal is too good for that cruel son of a bitch. Or maybe you know him as Ethan, a kind of blank slate character in “Euphoria” who seems genuinely interested in Kat but hasn’t been given enough time to develop a backstory. Considering the cookie-cutter Christmas tale “Dash and Lily” appears to be, maybe it’s best to think of its male star as just that: a blank slate. After all, the holidays are a time for second chances… even for Marc.

Why Should I Watch? If you’re in need of a serious binge this month (and I can’t imagine why you would), Netflix doesn’t have a ton of great options. Sure, you could restart “The Crown” from the jump — and try to settle the impossible question of “Who’s the better Queen Elizabeth: Claire Foy or Olivia Colman?” — but that show’s oppressive opulence can translate to a weighty 40-hour marathon. So why not take a shorter trip through time, back to an early aughts high school in Capeside, Massachusetts where the most difficult question to answer is, “Where did the name ‘Pacey’ come from?” and “Why is it so terrible?” With 128 episodes over six seasons, “Dawson’s Creek” should provide the kind of fluffy distraction you need to get through one of the hardest Novembers on record.

Bonus Reason: I don’t know anything about “Dawson’s Creek” besides the fact it put Michelle Williams on the path to superstardom and for that I’ll always be grateful. To express that gratitude, let me remind you to seek out more from the four-time Academy Award nominee (and one-time Emmy winner) via the only other Williams’ performance available on Netflix: her Oscar-nominated turn in “My Week With Marilyn.” (And, you know, “The Greatest Showman” and “Meek’s Cutoff” are always only a few clicks away.) 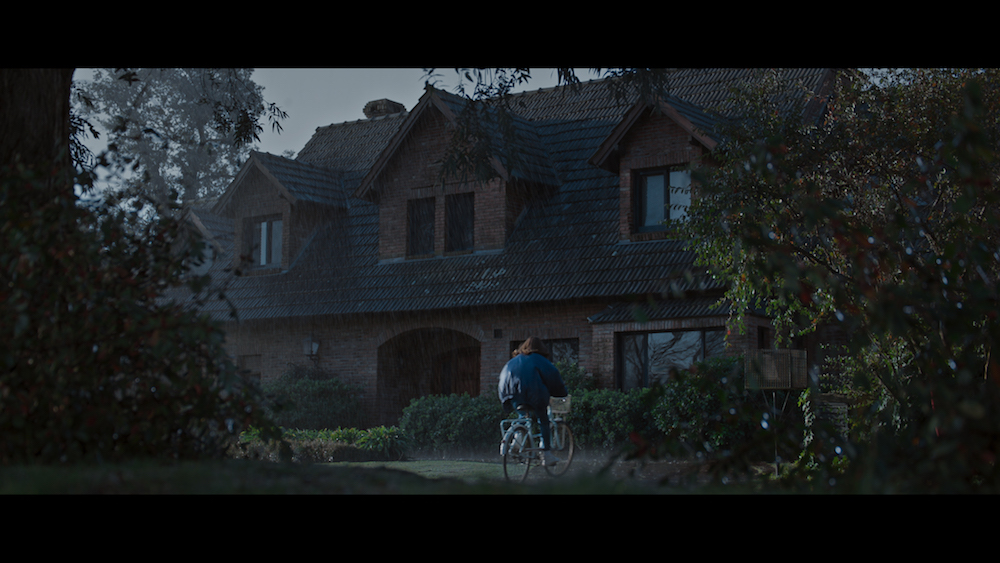 Why Should I Watch? Another true crime docuseries — featuring another innocent man who spent time in prison — “Carmel: Who Killed Maria Marta?” examines an unsolved mystery surrounding the eponymous Maria Marta, a sociologist and charity worker who, in 2002, was found dead in her bathtub. Originally, authorities thought the 50-year-old woman’s passing was an accident or due to natural causes, but an autopsy revealed bullet wounds and the case gets weirder from there. The crime gained notoriety in Argentina thanks to extensive media coverage but viewers be warned: This case remains unsolved.

Bonus Reason: Adding to the mystery is the location of Marta’s home: inside the Carmel Country Club in Pilar, Buenos Aires — a gated community so private no pictures from inside the estate are available to the public. Could the family’s stature have influenced the crime? Some believe it was a botched robbery. Others think the family was involved. After four episodes of “Carmel: Who Killed Maria Marta?” perhaps you’ll be closer to an answer.

Why Should I Watch? Based on the book by Alex Kershaw and adapted by “Die Hard” and “The Fugitive” screenwriter Jeb Stuart, “The Liberator” follows U.S. Army officer Felix Sparks (Bradley James) as he and his unit embark on the “bloodiest and most dramatic march to victory” in WWII. Told in four parts this is the first series to be fully produced using Trioscope Enhanced Hybrid Animation, an evolution of the rotoscoping technique made famous by movies like “Waking Life” and TV shows like Amazon Prime’s “Undone.” Created by L.C. Crowley’s Georgia-based production company School of Humans and visual effects artist Grzegorz Jonkajtys (who directs all four episodes of “The Liberator”), the visual style is meant to blend realistic imagery with the look of a graphic novel. Take a gander yourself in the image above or watch the trailer.

Bonus Reason: “The Liberator’s” November 11 release date is pegged to Veterans Day, so maybe the new Netflix series will work as a compromise between fathers who want to watch an old war movie and sons who are sick of watching the same racist John Wayne flicks over and over again. (Kids, maybe mention it’s from the writer of “Die Hard” — that oughta do it.) 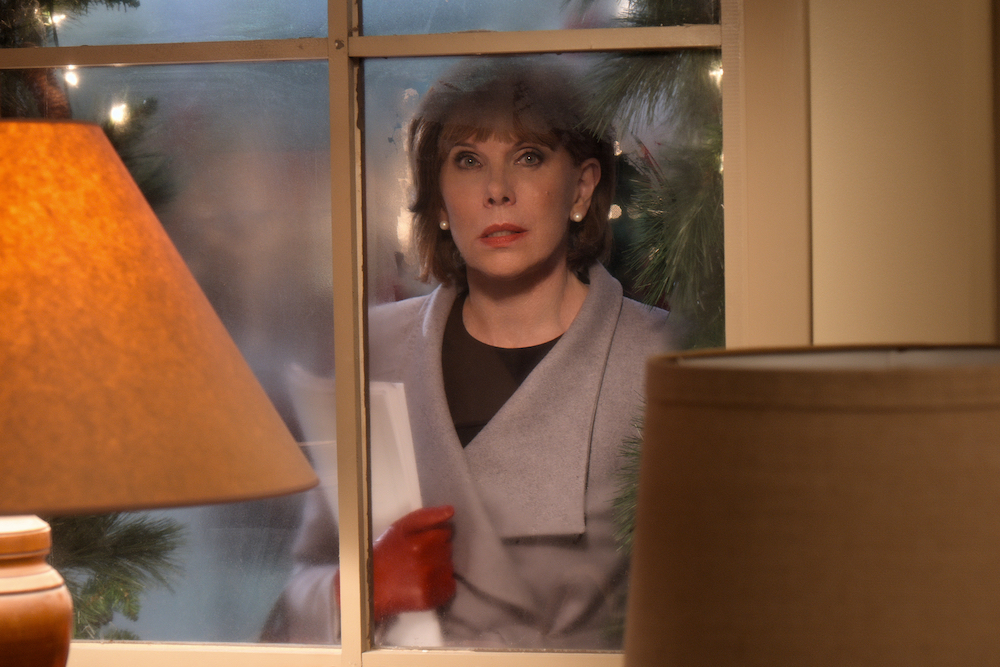 Christine Baranski in “Dolly Parton’s Christmas on the Square”

Why Should I Watch? There are only three acceptable answers to this question and the first is staring at you through an oddly steamy winter window. (What the fuck? Is that the backseat of a car? Are people making out in there?) Christine Baranski is worth watching in pretty much anything, and if all “Christmas on the Square” does is remind people to check in on “The Good Fight,” then it’s worth it. Reason No. 2 is a little more flexible: I recognize Dolly Parton has a legion of fans, and from what I can tell she’s earned them. So if you’re a Dolly completist, enjoy the 14 original songs packed into this 98-minute movie-musical. Finally, the last permissible rationale for watching yet another thinly veiled rip-off of Charles Dickens’ “A Christmas Carol” is if you’re an Emmy voter this gets nominated for Best TV Movie and you are honor-bound to consider it. After all, not every nominee is a bonafide movie, and you must always, always, always vote for the worst movie over even the best TV episode. (Hint: Usually, the movies are way better anyway.)

Bonus Reason: Yes, that last little rant was related to “Dolly Parton’s Heartstrings” receiving a 2020 Emmy nod for Best TV Movie, continuing the years-long tradition of the TV Academy allowing anthology series to compete in the category. Thankfully, it lost to the rightful winner (and one of three actual movies) “Bad Education,” but let this be a reminder: There will always be time to honor Dolly Parton, so there’s no need to commit category fraud in order to do it early. “Christmas on the Square” will have its fair shot in seven months. Until then, read this.

The Rest of Incoming TV

Matt Dillon on ‘The Great Fellove,’ Its Portrait of Friendship and ‘Feelin’