While independent filmmakers have taken a hit with all the festival postponements, cancelations, and re-imaginings, there is a silver lining to upending business as usual. In the past, LGBTQ cinephiles hungry for quality films that represent the breadth and depth of queer life would have to go to a queer film festival to see the international titles or small comedies that may never make their way to Netflix. This year, they can stream some of the freshest films from all across the globe at home.

Which is why the 2020 Outfest Film Festival is more exciting than ever, with drive-ins, a streaming platform, and plenty of world premieres. In this year’s lineup, 70 percent of the films are directed by women or filmmakers of color. Beginning August 20 and lasting for 11 days, the films will be available to stream via Vimeo’s OTT platform. In addition, the festival will host six nights of drive-in screenings at “Outfest LA Under the Stars,” which takes place at Calamigos Ranch in Malibu.

Here are 10 films not to miss at this year’s Outfest.

Exuding charm, infectious energy, and unshakeable confidence, Alice is the teenage trans girl protagonist of your movie dreams. She’s a runner-up in a reality competition show for young models, which she never lets her adoring public forget via her bubbly YouTube updates. She’s living her best life in a chic Brazilian city when her father unexpectedly moves her to the more conservative countryside. As Alice contends with boys’ school uniforms and ignorant bullying, she also opens herself up to new forms of friendship. First-time feature director Gil Baroni makes a grand entrance with this flirty, funny, heartfelt, and celebratory trans comedy. More trans films like this one, please.

Set in the summer of 2013 in New York City, “Cicada” follows a polysexual Millennial goofball who bounces from gig to gig almost as often as he changes lovers. After a meet-cute at a local bookstore, a painful past re-emerges due to sensational coverage of the Jerry Sandusky sex abuse trial. As the relationship progresses, the two men share complicated struggles of survivorship that could bring them closer or push them apart. Metthew Fifer’s sexy debut feature examines buried traumas, cultural divides and religious stigma with dark humor and tender introspection.

A modern day Butch Cassidy whisks his adorable Sundance kid away to the Montana mountains in this elegant revisionist Western. Evoking the magic of this charged classic, “Cowboys” is a contemporary buddy Western that puts the complicated father figure and his adoring trans kid at the center. The first feature from writer/director Anna Kerrigan, “Cowboys” is as sweeping in grand landscapes as it is delicate in scope. Kerrigan’s script keeps the focus tight on four main characters, effectively crafting a satisfying adventure into a subtle excavation of masculinity — the good, the bad, and the ugly. Steve Zahn reaches new heights as Troy, a fun-loving but manic father who keeps his demons well hidden. He has a lovely scene partner in young non-binary actor Sasha Knight, who imbues Jo with a pert defiance and a sad wisdom beyond his years. Jillian Bell and Ann Dowd round out the sensational cast. 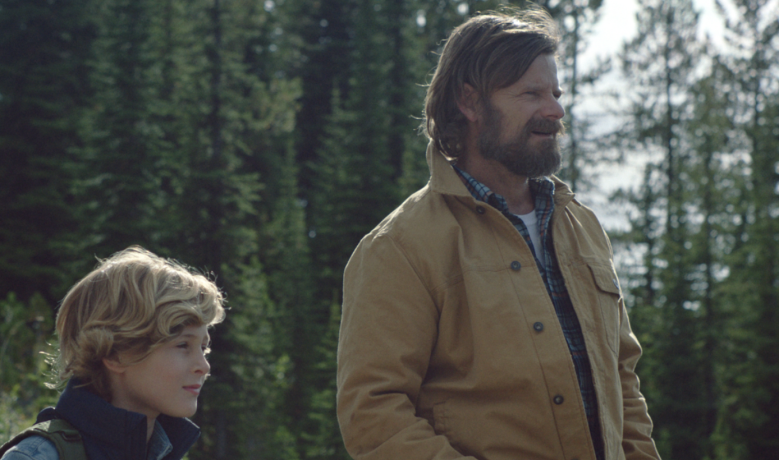 This semi-autobiographical feature debut from Jonathan Wysocki is a moving coming-of-age dramedy set in 1994 Los Angeles. The premise has hints of “Booksmart,” taking place during a group of high school drama nerds’ annual murder-mystery slumber party. As young Gene nervously plots coming out to his Christian friend group, the film trades in a poignant nostalgia and appreciation for the intensity of youthful friendships. Wysocki is a former programmer for the LA Film Festival, as well as a fellow of the Sundance Screenwriters and Directors Labs, and an advisor for Sundance Co//ab.

A Brighton Beach Boy finds his tribe in the elegantly crafted coming-of-age drama, set in 1980s Brooklyn’s Russian-Jewish immigrant community. Like the meandering stories David’s (Samuel H. Levine) grandfather (Ron Rifkin) tells on their walks to shul, Judaism is a faith that meets questions with more questions. In “Minyan,” the arresting and evocative feature film debut from documentary filmmaker Eric Steel, the search for answers turns up far more riches than any half-baked conclusion ever could. Bolstered by magnetic performances and gorgeously cold New York cinematography, “Minyan” is an evocative meditation on faith, chosen family, sexuality, and finding one’s tribe.

Filmed in German, Persian, and Arabic, German-Iranian filmmaker Faraz Shariat’s debut feature won the Teddy Award for best queer film at the 70th Berlin International Film Festival. The semi-autobiographical drama follows a German-born young Iranian who spends his time on Grindr dates and raves in order to escape small-town Germany. Sentenced to community service at a nearby refugee detention center after getting caught shoplifting, he meets two fellow Iranians. When his intense attraction to one grows, it upsets the balance of their little trio. In addition to taking top honors at the Teddy Awards, the film also received the reader’s award for best queer film, which is voted on by readers of the German website Queer.de.

“The Obituary of Tunde Johnson”

Certain to make waves for its timely subject matter and pithy concept, this coming-of-age drama centers around a gay African American teenager forced to relive, over and over again, the day he is shot and killed at the hands of the police. Nigerian-born screenwriter Stanley Kalu employs the “Groundhog Day”-esque structure to examine the ills of racism, homophobia, and police brutality that plague American life. It’s the feature film debut of Ali LeRoi, a longtime writer on “The Chris Rock Show” and co-creator, with Rock, of the sitcom “Everybody Hates Chris.” With LeRoi’s comedic sensibilities paired with such pressing themes, “The Obituary of Tunde Johnson” is sure to break the mold.

It’s an embarrassment of riches in this animated documentary, which follows the fabulous romance of Dusty Childers and Shane O’Neill, two legends of New York’s downtown theater and comedy scenes. Out director Sara Kiener makes her filmmaking debut after years of supporting independent films in her role at Cinereach, where she championed projects such as “MATANGI/MAYA/M.I.A.,” “Beach Rats,” “I Am Not Your Negro,” and “We the Animals.” As the film’s logline describes: “After years of long distance, a pair of big and beautiful boyfriends celebrate their reunion at a Stevie Nicks concert, where they share a brush with magic.” With such dynamic characters narrating their own love story over whimsical animation, “The Shawl” is certain to dance into our hearts. 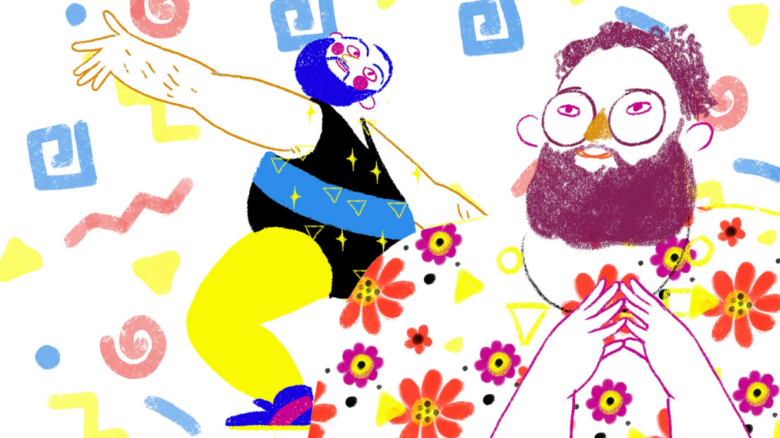 Bearing a likeness to the early work of Jill Soloway and Jennifer Westfeldt, “Shiva Baby” blends a claustrophobic Jewish humor with a sexy premise to deliver a lively debut from director Emma Seligman. Taking place almost entirely in one location, the film follows a queer sex worker who is shocked to run into her sugar daddy at a family funeral, while also navigating resurgent feelings for her childhood best friend. Comedy mainstays Polly Draper and Fred Melamed shine as overly doting and concerned Jewish parents, exuding all of the charm of the comic trope with none of the tired cliches. Seligman’s script is witty and pithy, and the single setting is always a shrewd move for a first feature, especially one on a budget.

Olivia Pearce’s debut feature received rave reviews out of its Slamdance Film Festival premiere earlier this year. The dark comedy follows two best friends who share a first kiss after the death of their Hebrew School classmate. Early reviews out of Slamdance praised the two lead performances from newcomers Madeline Grey DeFreece and Rachel Sennott, also calling “Tahara” one of the most original takes on the coming-of-age genre. First-time filmmaker Pearce uses her skills as a visual artist to enrich the images onscreen, and Jess Zeidman’s script uses the toxicity of female friendships and teenage recklessness to explore lust, social status, and wavering faith.

Netflix's Spinning Out: Grade It!