DODGY-looking food sold at football grounds has been revealed by supporters in hilarious online posts.

Back in 2019, Spurs fan George Tucker was left less than amused when he got a dry sausage in a huge burger bap – after ordering a hot dog. 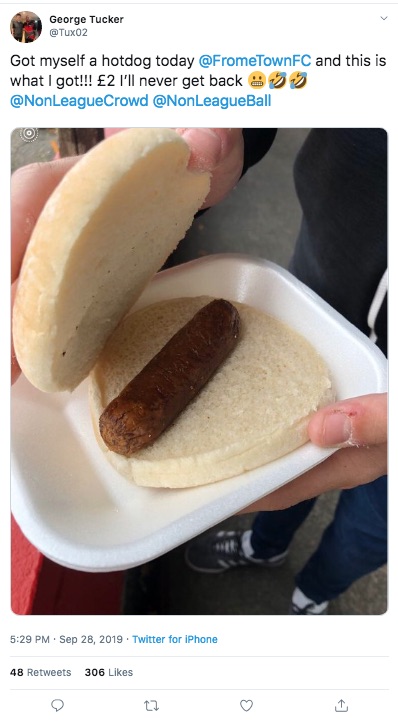 And his dissatisfaction was shared on Facebook and other supporters revealed their culinary disappointments – as footy fans can FINALLY look forward to getting back into grounds when they are permitted with the coronavirus restrictions easing.

He tweeted: “Got myself a hot dog today @FromeTownFC and this is what I got!!! £2 I’ll never get back.”

Steven Bullard joked: “Looks more like a cold puppy than a hot dog.”

Scott Avery responded: “Looks as though the sausage died there over four years ago.”

The red-faced Southern League Division One South side then messaged him back blaming the poor food on a new member of staff.

“Free ticket and a burger next time you come over just let me know.

“It was a new member of staff, sorry!”

George then replied: “Thank you! That’s a very kind gesture.”

Hartley Wintney FC – who play in the Southern League Premier Division South – based 70 miles away in Hampshire then chipped in.

They tweeted a photo of a delicious looking cheese and bacon burger adding: “Bit of a trek but if you’re ever at the top of Hampshire.” 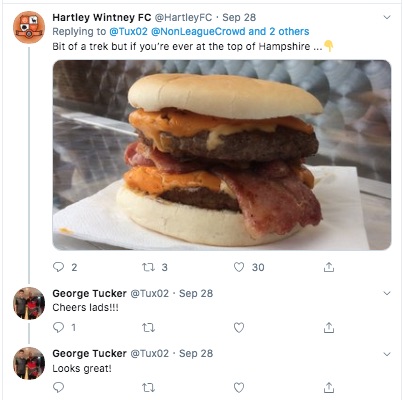 George's original post was then shared on Facebook group ‘Football Away Days’ which led to other fans revealing their footy ground food horror experiences.

Tristan Broadhead posted a snap of his crusty-looking pie he said he bought at Championship side Barnsley.

Jason Green shared his adding: “Doncaster away a few weeks back.

“Not the worst I’ve had but hard af.” 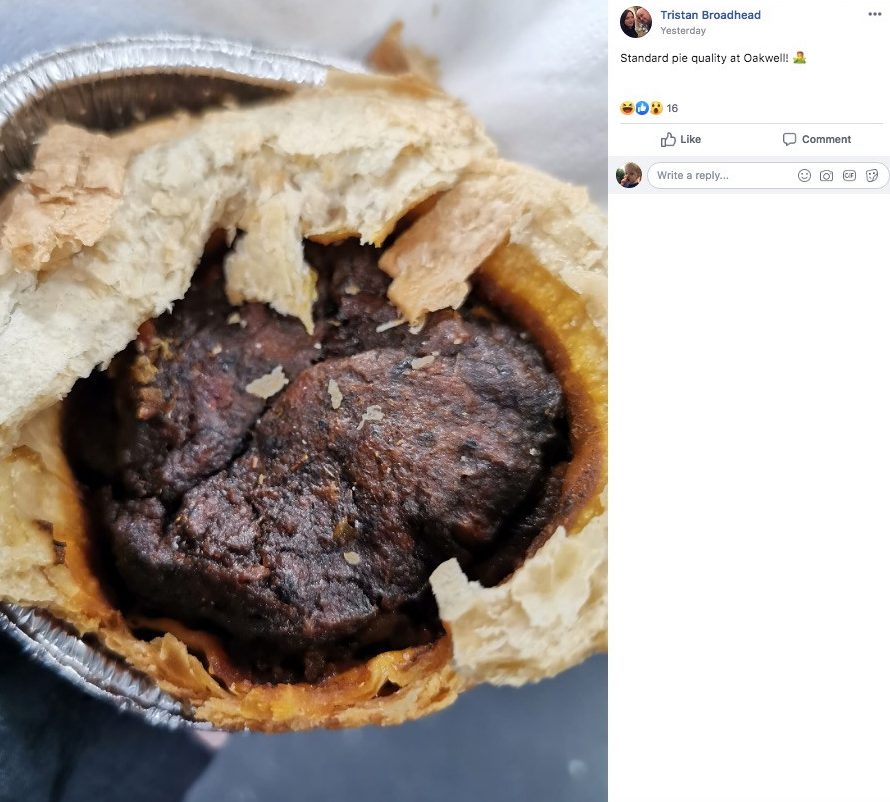 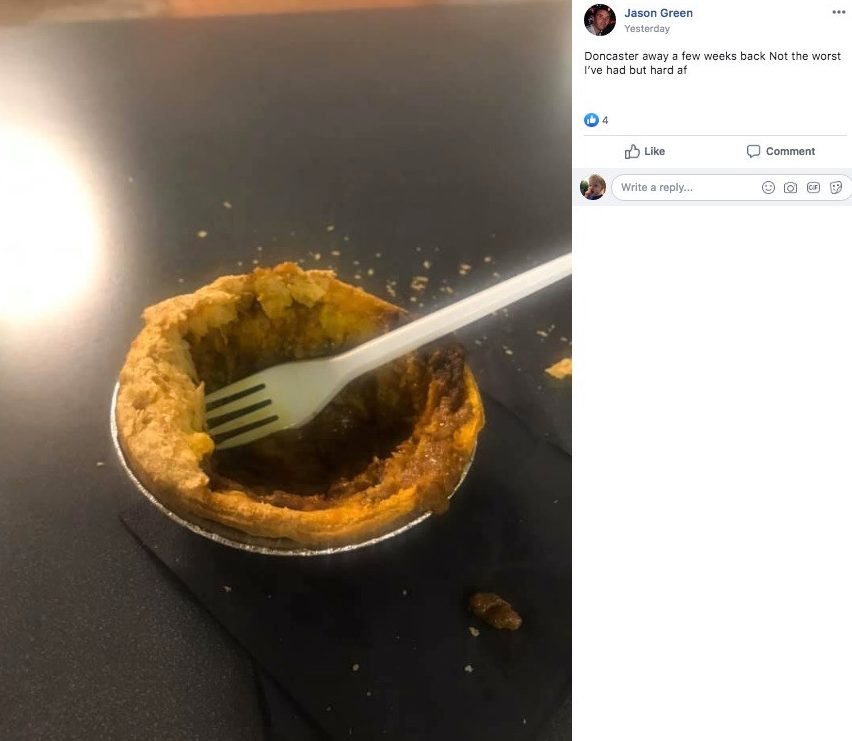 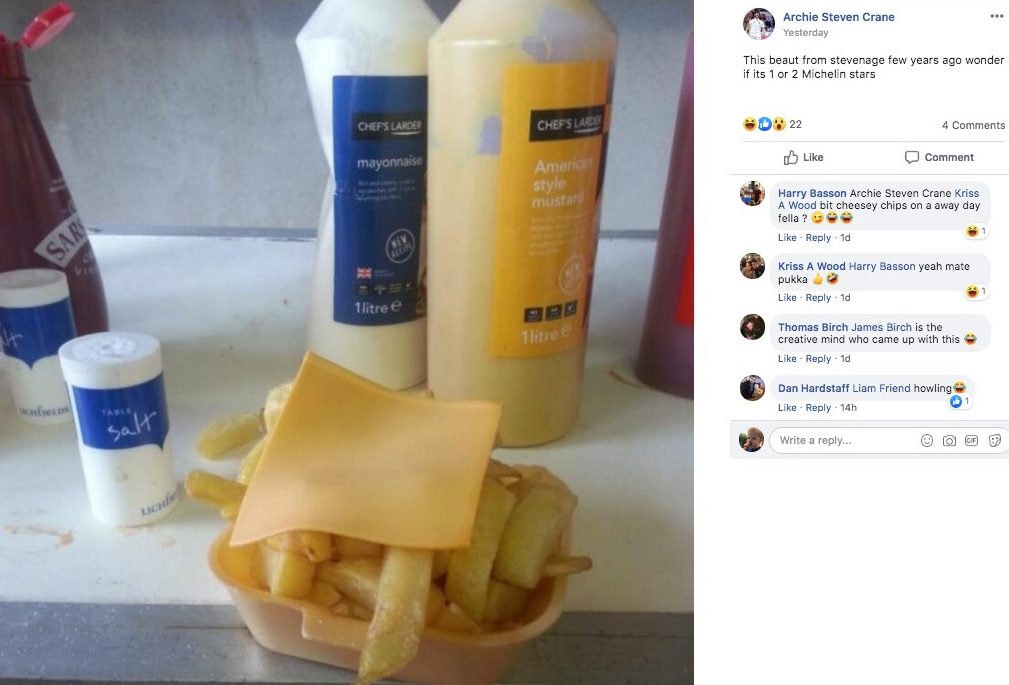 Archie Crane then posted a photo of his cheesy chips he said he purchased at League Two Stevenage.

It showed a small portion of chips with a tragic slice of burger cheese draped over the top.

He said: “This beaut from Stevenage a few years ago.

“Wonder if it’s one or two Michelin stars.”

Ali Duncan said: “Cheese burger away at Peterborough in 2012.

“Can still taste it and want to gag.”

Jack West claimed he even had a boiled burger at Hartlepool away and said: "Who boils a burger?" 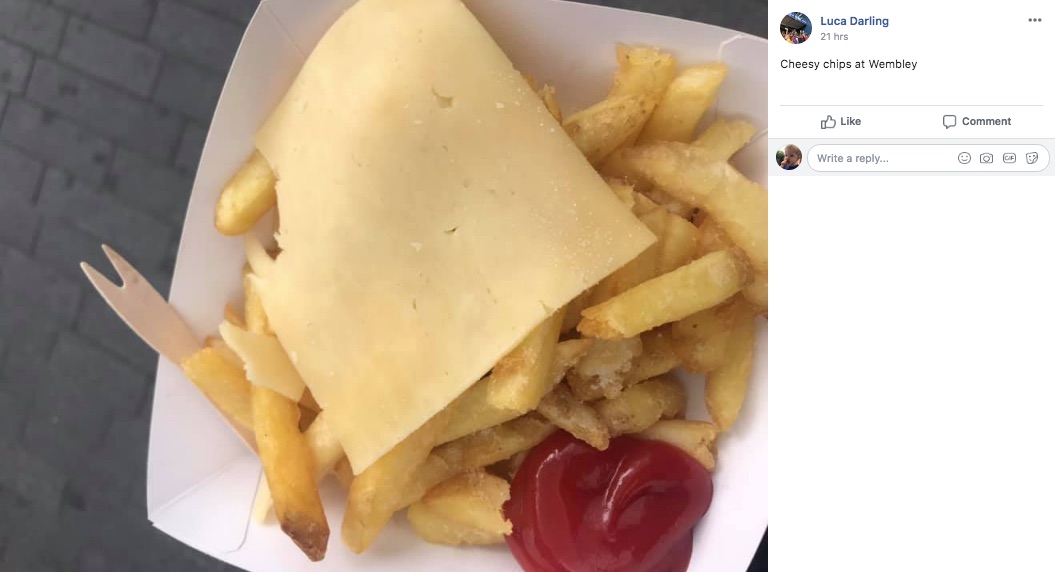 Mets’ pick Jake Mangum was made for them: Chicken ‘sacrifice,’ superstitions