England boss Phil Neville told of his pride on an “emotional day” after a 1-0 win over Argentina sealed a place in the last 16 of the Women’s World Cup.

After the victory in Le Havre, Neville hugged tearful forward Fran Kirby, who played on the anniversary of her late mother’s birthday.

Goalkeeper Carly Telford made her major tournament debut less than a year after her mum died.

The Lionesses beat Scotland 2-1 in their opening game and edged past Argentina 1-0 to reach the last 16.

‘Their two mums were looking down on them’

Chelsea striker Kirby, who was 14 when her mother Denise died in 2008 after a brain haemorrhage, was consoled by Neville after the match and embraced by captain Steph Houghton.

“We’re a family. We were aware today that it was Fran’s mother’s birthday. It’s been well documented, her love and her affection that she has for her mother and how much she misses her,” said Neville.

“Then Carly Telford lost her mother this year as well. Carly made her World Cup debut today after being in many, many a World Cup squad and many, many a European Championship squad and never actually getting on the pitch.

“I think in the huddle at the end, we made reference to the fact that we hope that their two mums were looking down on them and were very proud of their performances. I thought Fran was outstanding tonight.

“We help each other. Today’s been really an emotional day because Fran is a special person who misses her mum. So does Carly Telford.”

Amid the emotion, England’s players are “having the time of their lives” at the Women’s World Cup in France and “so am I”, said Neville.

“Four days ago I was critical but I am so proud of every single one of them tonight,” he told BBC Sport.

Former Manchester United and Everton player Neville brought the players together in a huddle after both games but was clearly angry when speaking to his players following the win over Scotland.

Against Argentina in Reims, England were being left frustrated by goalkeeper Vanina Correa who made a string of fine saves – including a Nikita Parris penalty in the first half – before Jodie Taylor struck from Beth Mead’s cross on the hour mark.

It means England have won both their opening games at a World Cup for the first time and progressed to the knockout stage for the fifth consecutive time.

Japan, winners in 2011 and runners-up four years later, were held to a surprise goalless draw by Argentina in the opening game, but responded by beating Scotland earlier on Friday.

Neville said: “I thought we played with confidence and composure like they have done for the past two days in training. Winning is a by-product of what you do during the week.

“Japan struggled to create chances against Argentina but we didn’t. You always have a bit of a dip [after missing a penalty]. We composed ourselves after that.

“The most important thing is they’re having the time of their lives and so am I. It was brilliant from Jodie [Taylor]. Brilliant from Ellen [White] the other day.

Reign FC striker Taylor broke a 363-minute goalless run dating back to April 2018 when she scored the winning goal against Argentina.

At the last major tournament, Euro 2017 in the Netherlands, Taylor scored five goals to win the Golden Boot award as England reached the semi-finals before being beaten by the hosts.

“Jodie is a world-class striker, she had a great Euros,” captain Steph Houghton told BBC Radio 5 Live. “When you get her in those areas, you know she’ll put them away.”

Injured England and Arsenal midfielder Jordan Nobbs, on punditry duty for BBC One, said: “Jodie Taylor is a tournament player, she will score goals on a major stage.

“She is in the right spot at the right time and that is what she does.”

Taylor added: “Patience was the key, we said it all week. We have had experience facing a block of defence through qualifying and got frustrated, but today we had the quality and it paid off.”

‘I’m much happier with the performance’ – pundits react

Former England defender Alex Scott: “This performance was a lot better than against Scotland. It was about finding way of getting a result and breaking down a stubborn Argentina side and they’ve found a way to do that today.

“They dominated the play, they were patient, it was about picking out the right pass at the right time.”

Former England goalkeeper Rachel Brown-Finnis: “Phil Neville will be pleased with the result. I’m much happier with the performance. They were consistent throughout the 90 minutes. That’s what Neville has looked for. It’s what they lacked in the build-up games and against Scotland.

“There were sharper performances individually. Jodie Taylor was much better second half, she looked to get involved. She’s a big-game player. She was not involved in the first half but she scored to win the game.”

BBC Sport’s Alistair Magowan: “England weren’t at their fluent best, but part of that is because they came up against a very well-drilled Argentina side so perhaps you cannot be too critical. They dug it out, and got the win.

“Beth Mead and Alex Greenwood impressed on the left side, and Mead helped create both the penalty and the winner.”

Best of the social media reaction 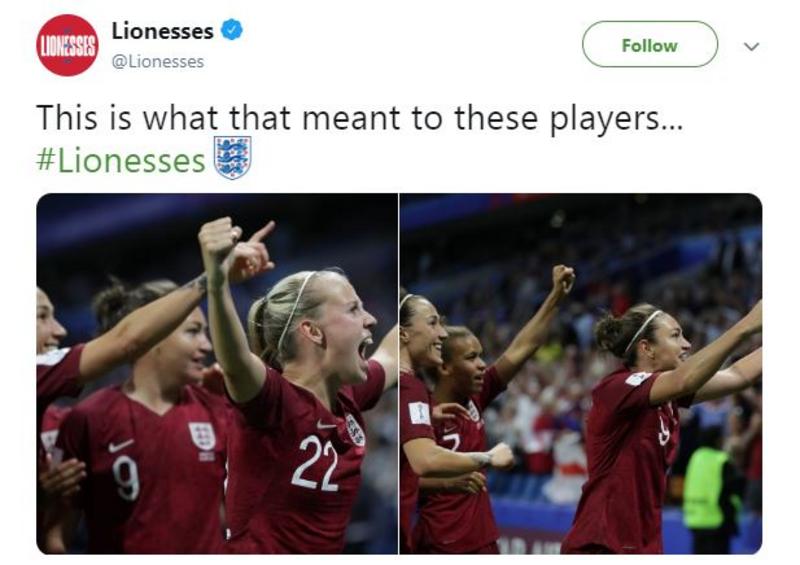 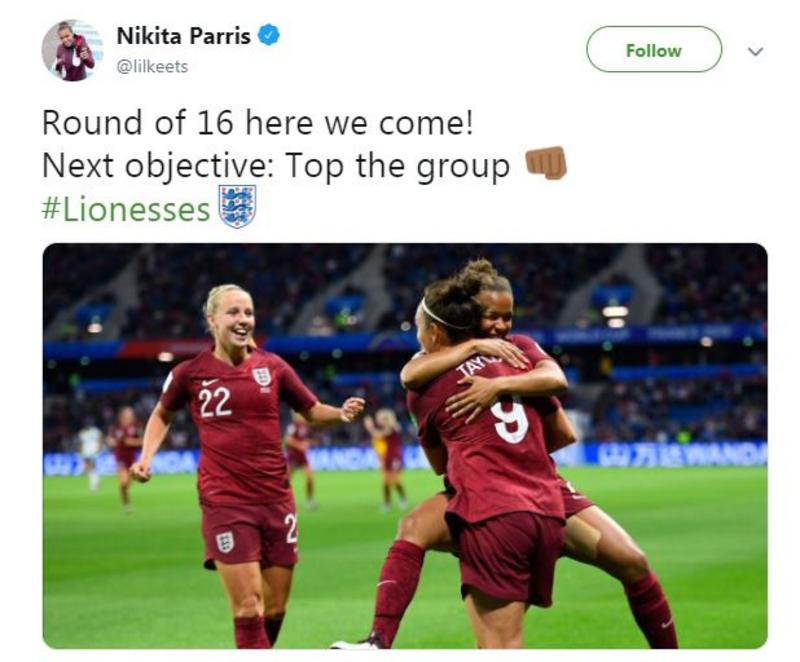 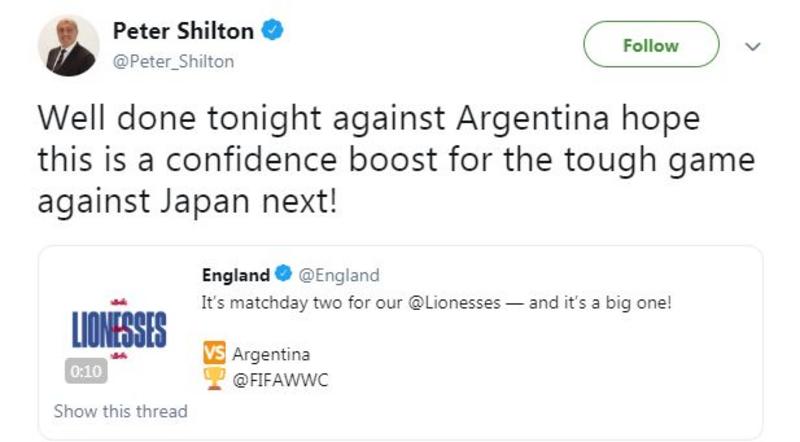 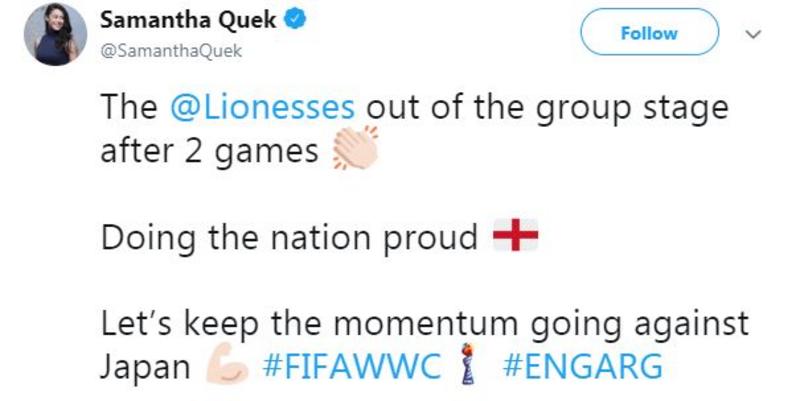 Chris Webber out at TNT on eve of NBA playoffs

Jonny Bairstow happy with England wicketkeeper-batsman role but is he wasted batting at seven?