Home » Sport » Will this massive clash happen this summer? Why York could witness the race of the season if Derby winner gets nod

IT'S good to dream, so who wants a Desert Crown v Baaeed v Coroebus smash up in the Juddmonte International?

It's not an impossible prospect, as we now begin the game of guessing where Saturday's marvellous Derby winner will be seen next. 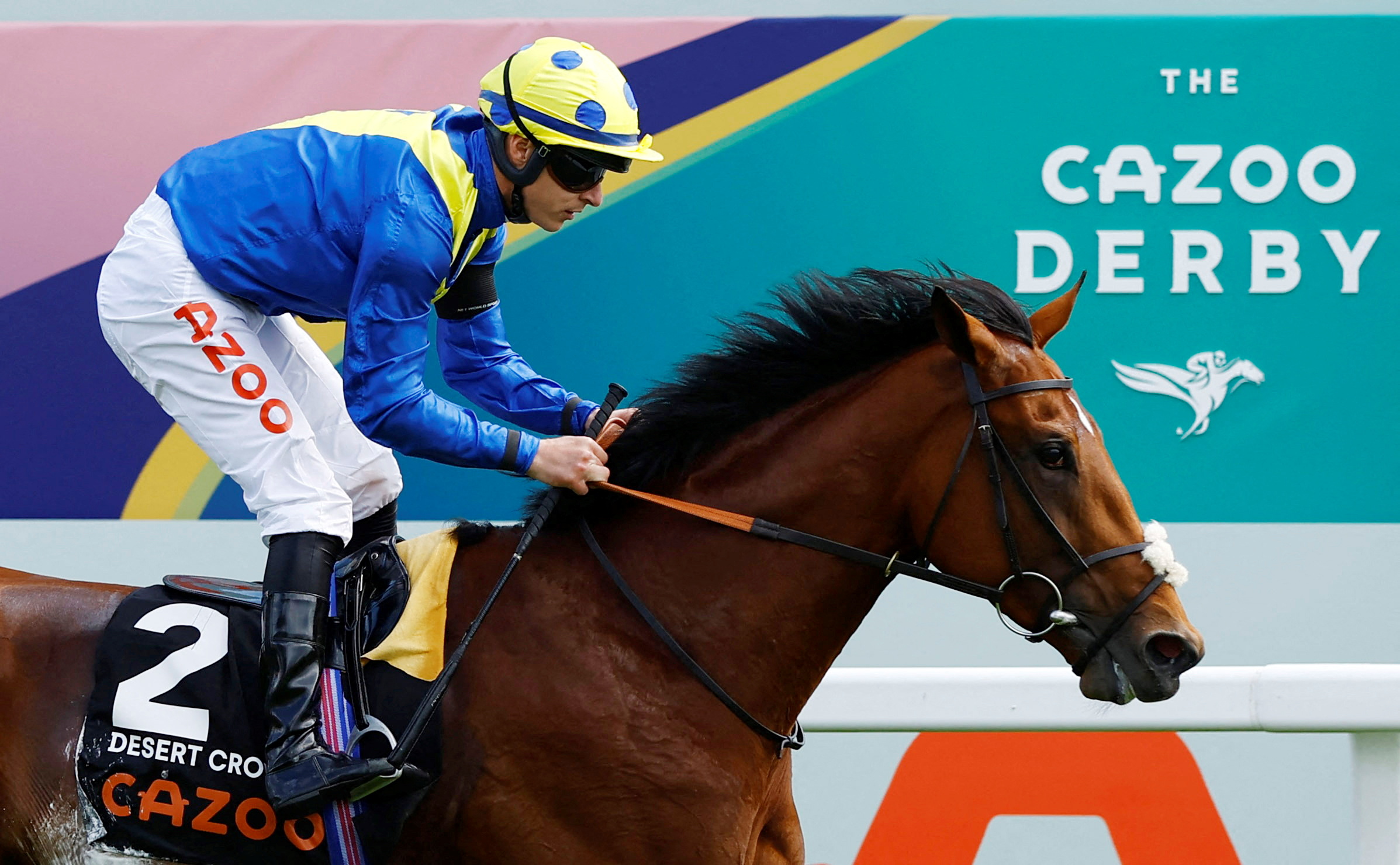 Indeed, judged by immediate discussions, Desert Crown might even end up on dirt in the Dubai World Cup.

York racecourse's hierarchy must be salivating right now, and if they are not they should be!

Because there's no doubt the King George at Ascot followed by the International at York could be on the agenda for Sir Michael Stoute's hero.

I'd be shocked if Saeed Suhail, the owner of Desert Crown, is not desperate to make his colt a Group 1 winner over a mile and a quarter. From a stallion point of view it's a no-brainer, but in Desert Crown's case it's also highly sensible, as there is every chance the son of Nathaniel could eventually show he's actually at his best short of a mile and a half.

Most read in Horse Racing 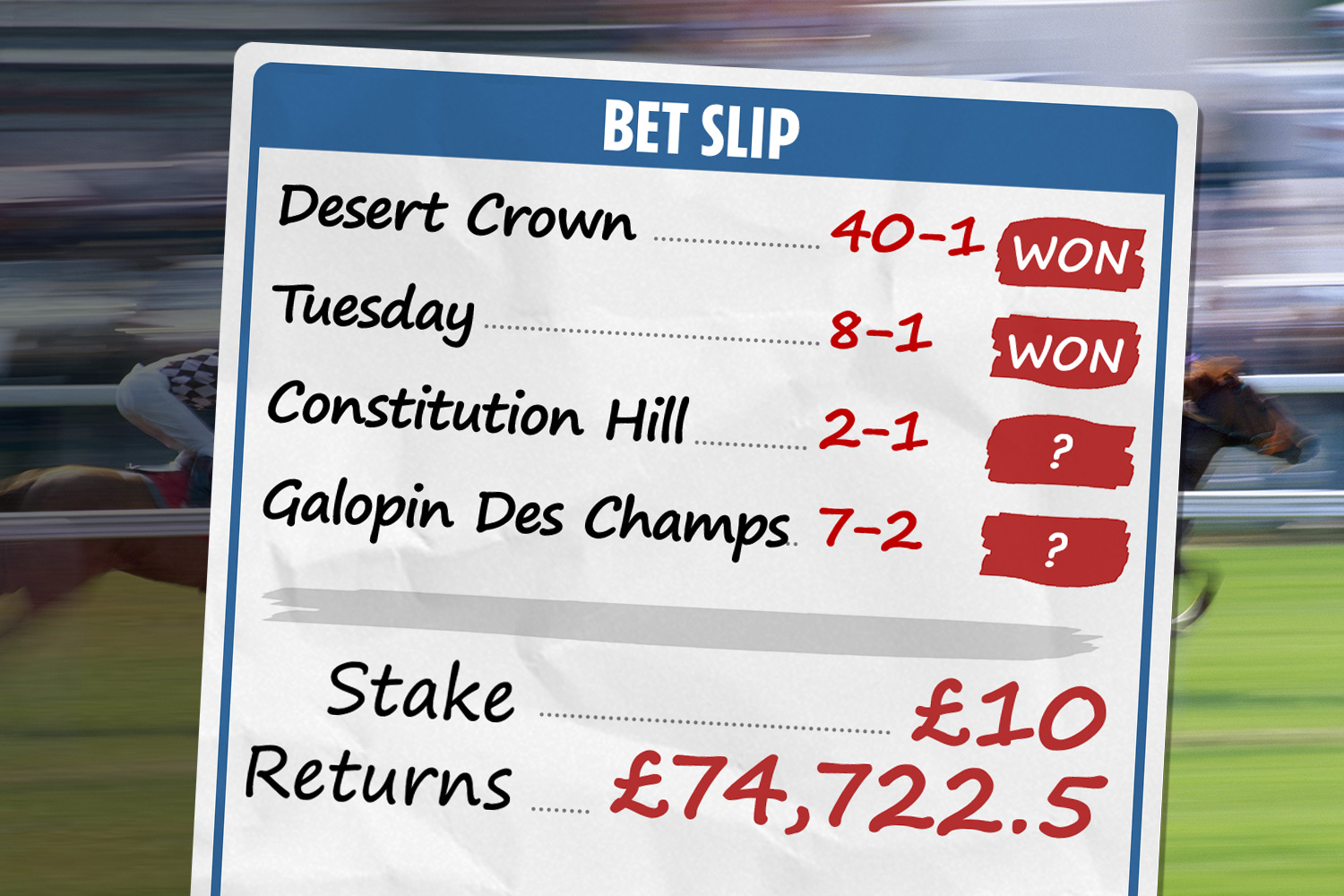 Punter needs just two horses to win to land £75,000 from a tenner 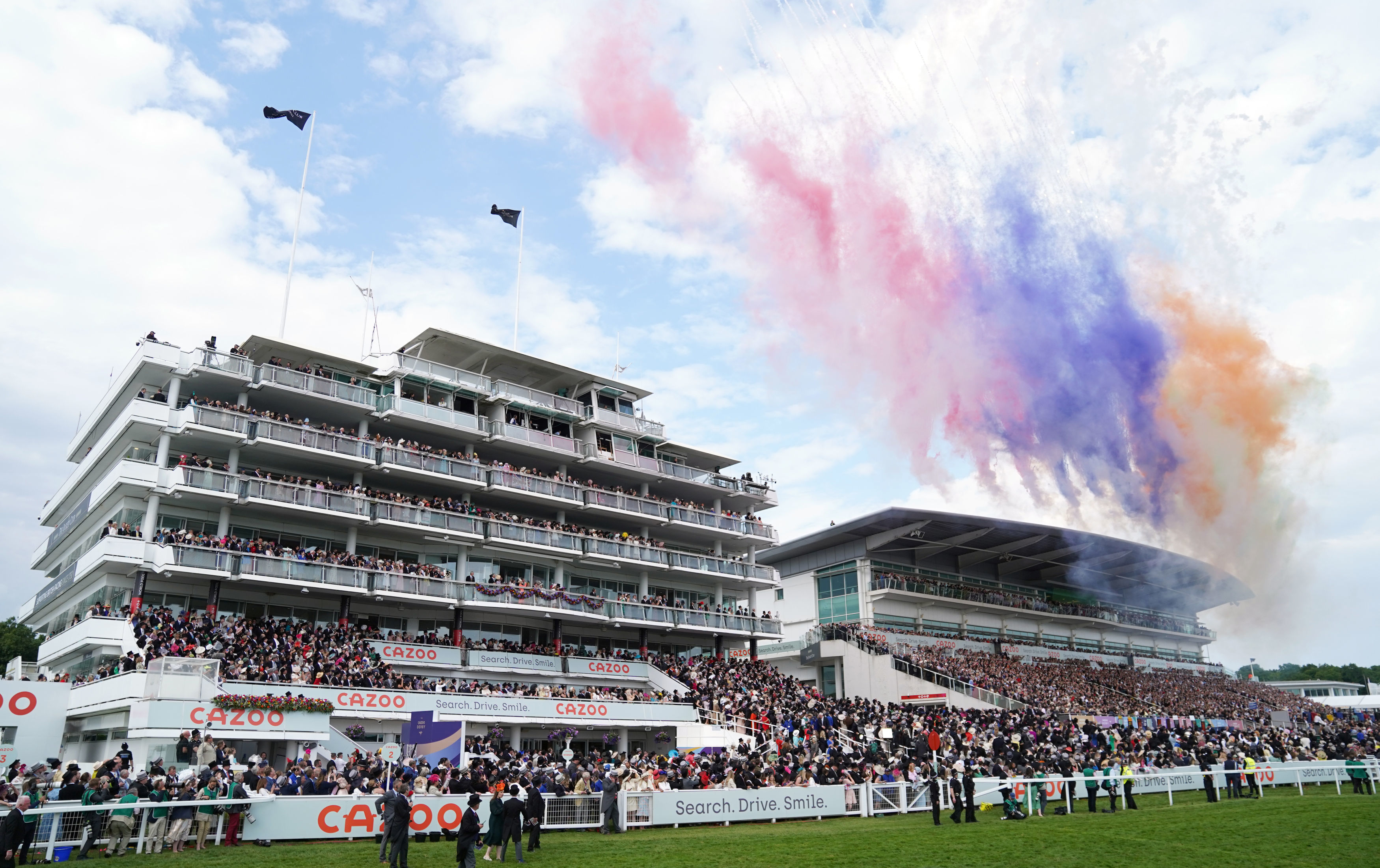 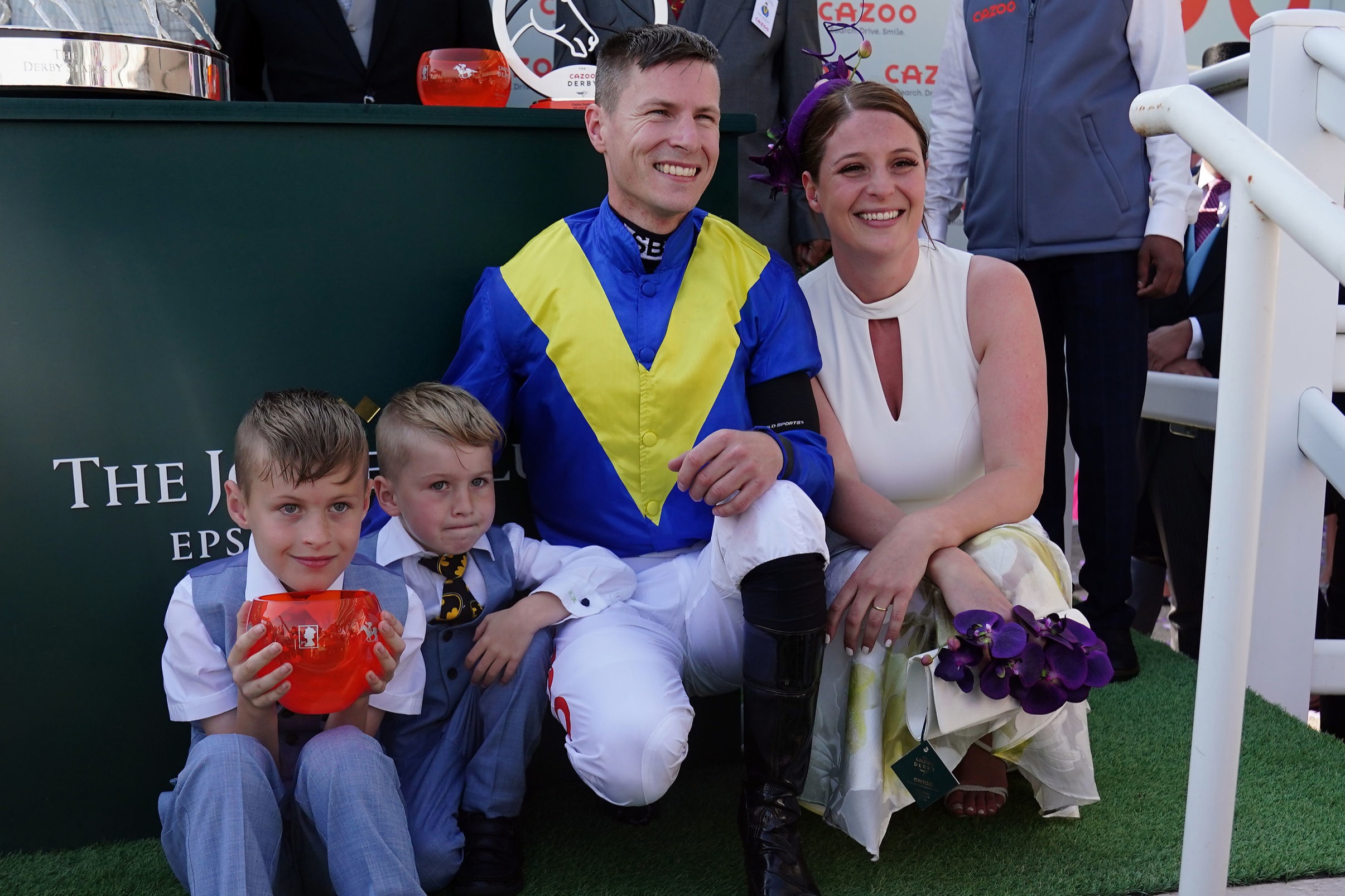 KING BUT NO CROWN?

We've got used to Derby winners not running that much after their Epsom success.

But it's a horse that just failed in the Derby, Dancing Brave, who shows us so clearly what can be done.

In 1986 Dancing Brave followed his 2000 Guineas success and Derby defeat with victory in the Eclipse. He then went on to land the King George and a minor event at Goodwood before the Arc at Longchamp.

Desert Crown could himself go for the Eclipse, but I'd love to see him end up in the King George, Juddmonte International and Arc.

Paddy Power: Bet £20 and get it back as Cash if it Loses – CLAIM HERE

Betfair – Max £/€20 refund on first bet. Bet must be placed in first 7 days of account opening. Only deposits made via Debit Card will be eligible for the promotion. T&Cs apply. 18+ BeGambleAware.Org

Paddy Power: New customers only. Place your FIRST bet on any sportsbook market and if it loses we will refund your stake in CASH. Max refund for this offer is £/€20. Only deposits made using Cards or Apple Pay will qualify for this promotion. T&Cs apply. Paddy's Rewards Club: Get a £/€10 free bet when you place 5x bets of £/€10+. T&Cs apply. 18+ Begambleaware.org

Of course there will be much water under the bridge for that to happen and a clash at York with Baaeed and Coroebus.

But Desert Crown is a lightly raced horse who should only improve and has had a relatively easy time of things at Epsom. He has the perfect attitude and is set to remain in training. He's a horse to race.

On a personal note, I'd like to thank Frankie Dettori and Rob Hornby for talking so well after their respective defeats on Emily Upjohn and Westover at Epsom.

The former was surely unlucky in the Oaks, and Westover should have been a good second in the Derby with a clear run. 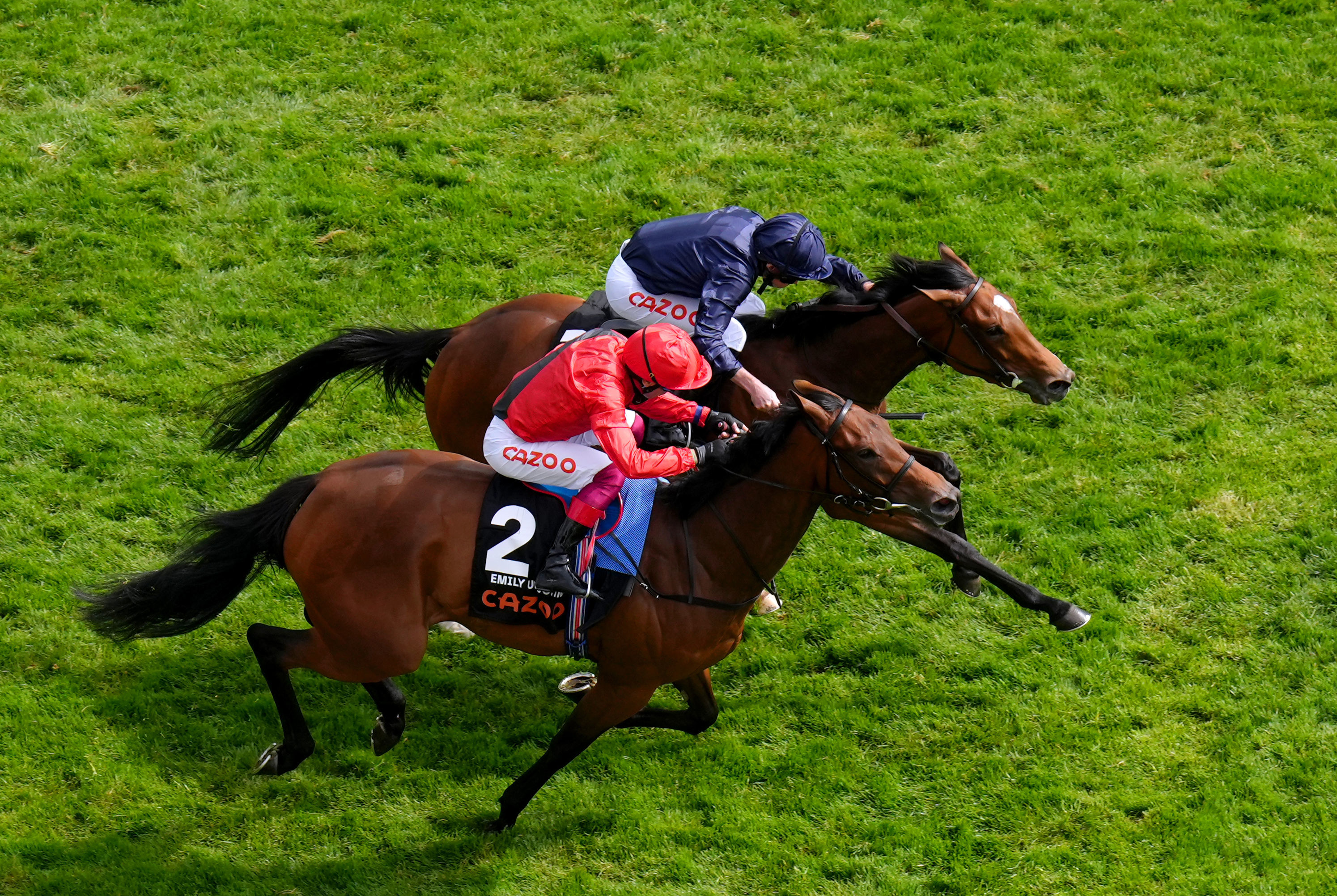 Both jockeys spoke to me on ITV seconds after their losses and chatted eloquently about their defeats. Hornby, in particular, was calm and collected but also passionate about what might have been if Westover had got out a bit earlier with a clear run.

There was a time when riders would just walk straight off after crushing defeats, and of course there are still riders out there now that will disappear silently even after success!

But in general most jockeys and trainers understand that in defeat you can often actually promote yourself more as a person than when in victory.

Most sensible people understand racing is very much a game of luck. You ride it as best you can and with skill when possible. But it's in adversity that true character is shown. In all walks of life.

For what's it's worth – and as someone who tipped up Tuesday for the Oaks – I'm sure Emily Upjohn would have won with a normal start, although I'm not so sure she would beat the Oaks heroine over a mile and a quarter.

Hold on. Does that mean we could add Tuesday to the Juddmonte International field as well? Oh my…