At this year’s Tokyo Olympics, 339 medals will be awarded — the culmination of the athletes’ life’s work. Yet winning gold doesn’t necessarily guarantee a life of luxury.

After Greg Louganis captured double Olympic gold in Los Angeles in 1984 — a feat he repeated four years later in Seoul — he was acclaimed as possibly the greatest diver in history.

But “financial woes,” as he wrote in a Vox essay, left the champion facing foreclosure on his Malibu home. By 2012 things were so dire, he turned to Ingrid O’Neil. 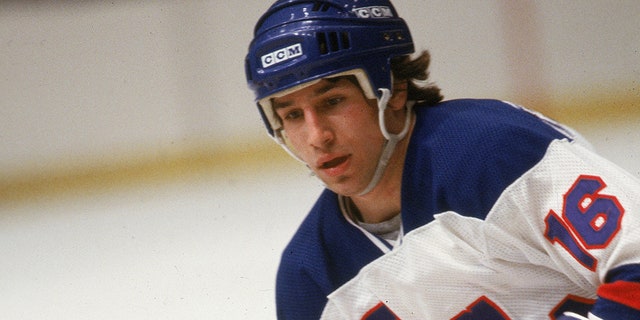 “The market is strong for Olympic medals when they come up for sale but it depends on a number of factors, such as the event,” said John Millensted, head of the Coins & Medals department at Bonhams auction house. “That said, it’s not often you get living athletes selling their medals. It tends to be the next of kin after the original recipient has passed away.”

Sometimes, even athletes from a high-profile sport such as basketball end up auctioning their gold medals — as has been the case with former Team USA players Vin Baker (Sydney 2000), Walter Davis (Montreal 1976) and Jerry Lucas (Rome 1960).

“It’s unusual for basketball players to do it, but you can see why [some] sell them,” said Robert Raiola, director of Sports & Entertainment Group at accounting firm PKF O’Connor Davies. “The issue is, they don’t have a regular income and they spend so much time working on their craft that it’s almost inevitable that some struggle when their competing days come to an end.” 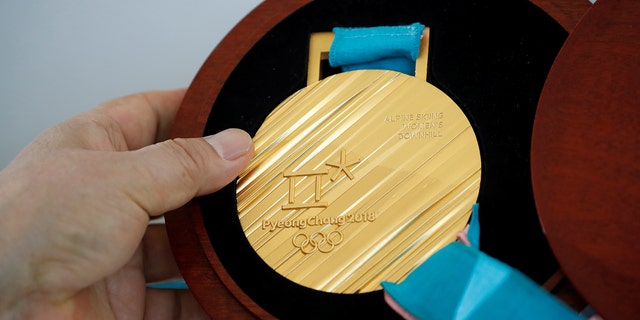 A gold medal for the Pyeongchang 2018 Winter Olympic Games is seen during its unveiling ceremony in Seoul, South Korea, Sept. 21, 2017.  (Reuters)

Olympians do occasionally unload their medals in the name of charity: US swimming champion Anthony Ervin auctioned his gold, from the 2000 Sydney games, in 2004 and donated the $17,101 to India tsunami victims.

But, as O’Neil notes, when a living athlete does sell, the reasons tend to be tragic. “I remember one who sold his silver medal in swimming. He said he trained for years to win gold, and he was so disappointed with silver that he just didn’t want to look at it anymore,” she explained.

But even a medal steeped in Olympic history doesn’t guarantee a sale. Take Tommie Smith’s 200m gold from the 1968 Olympic Games in Mexico City, where he obliterated the world record. Famously, Smith took to the podium alongside his bronze-winning teammate John Carlos and they raised their fists in a black-power salute — one of the most iconic, politically charged moments in sports.

Smith has tried several times to sell his gold to raise money for his program that helps inner-city children. But bids have never matched his valuation of ­between $250,000 and $500,000. 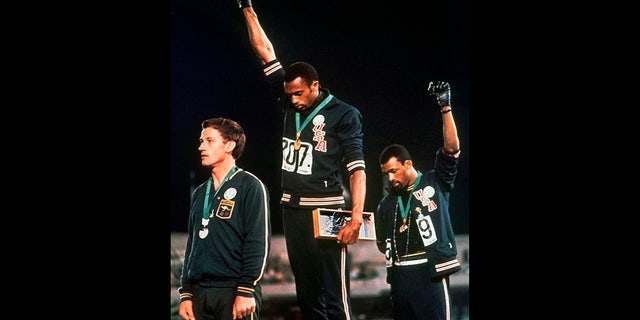 The idea that Olympians resort to selling their medals presents a real problem for the governing bodies. Current athletes can access a range of support, including grants, tuition assistance and health insurance. Those benefits don’t extend to retirees.

The USOPC’s Athlete Career and Education program (ACE) is designed to prepare elite athletes for transition into a new life, including advice on careers, finance and self-promotion. Similarly, the International Olympic Committee (IOC) runs its own Athlete Career Program to help manage life shifts.

Louganis says even more help is necessary. “Counseling in mental health and financial guidance is needed for athletes in transition out of elite sports,” he told The Post. “Many athletes could be dealing with PTSD.”

The programs don’t prepare athletes for what happens when — through mismanagement or never having been able to make enough money to survive — they have to sell their prize.

“[The medal] has held a special place in my heart since February of 1980,” hockey player Wells wrote in a letter that accompanied his auction. “When I decided recently to offer it out . . . I have slept with this medal for the past two weeks now in my home. I hope you will cherish this medal as I have.”