Home » Sport » Who is Aidan Hutchinson and how old is NFL prospect?

FOOTBALL defensive end Aidan Hutchinson is expected to be a first-round pick in the 2022 NFL draft on April 28, 2022.

At only 21 years old, Hutchinson will reportedly be picked by the Jacksonville Jaguars. 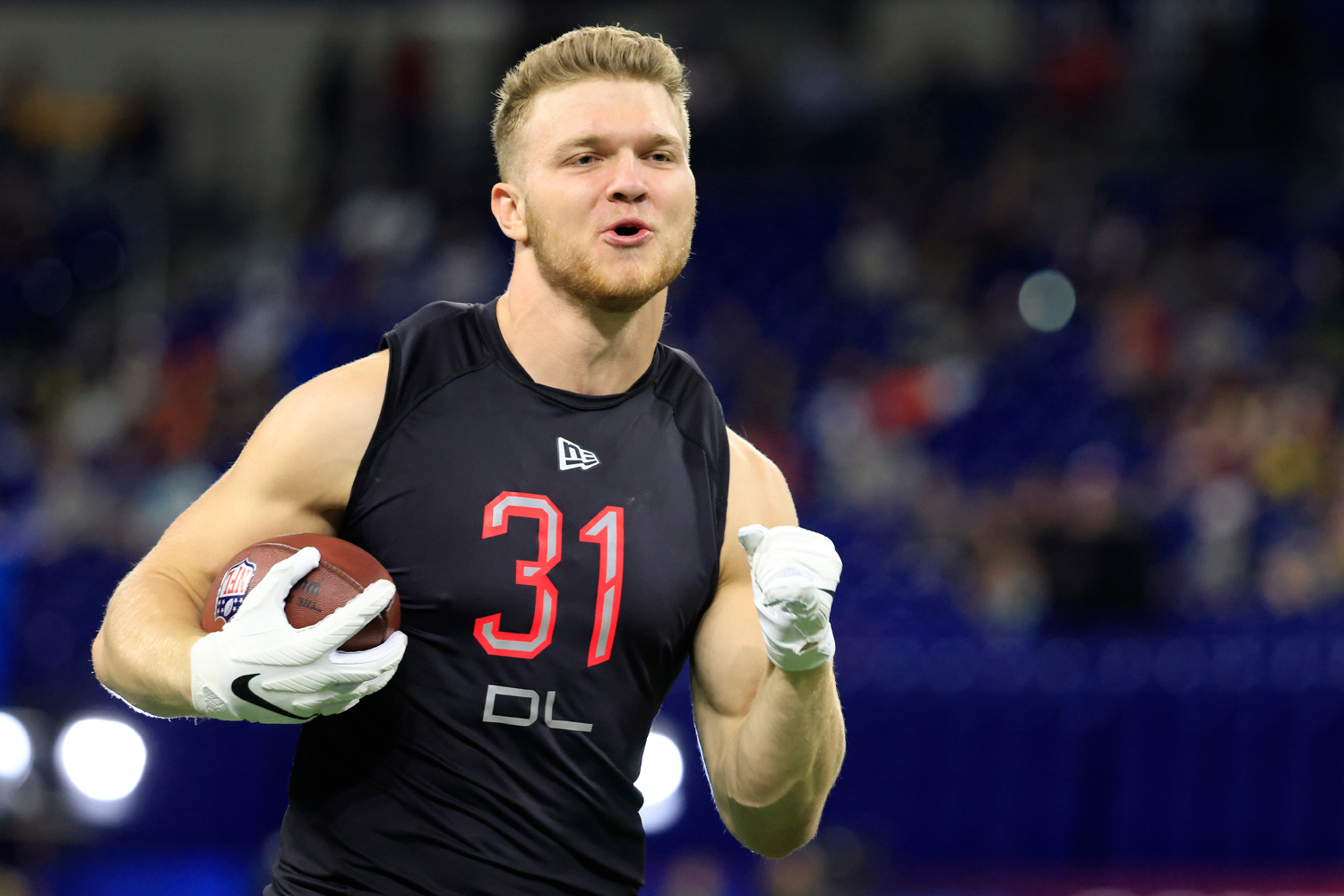 Who is Aidan Hutchinson?

Aidan Hutchinson will be drafted in the 2022 NFL draft after an impressive season with the Michigan Wolverines.

He was praised as Rookie of the Year in his first season with the Wolverines in 2018.

In 2021, he received the Lott IMPACT Award, Lombardi and Ted Hendricks Award, and was named the first-team Associated Press All-American and Big Ten Conference Most Valuable Player, Defensive Player of the Year, and Defensive Lineman of the Year.

Hutchinson's passion for the game began at a young age, and he hoped to follow in his father's footsteps to one day play for the Michigan Wolverines.

READ MORE ON THE US SUN

His father had played for the Wolverines as a defensive lineman and was named captain in 1992 following the school record at the time of 11 sacks.

However, despite his constant excitement for the game, Hutchinson was not allowed to play football until he reached the seventh grade.

Now heading into the NFL draft, Hutchinson's sister, Mia Hutchinson told AP News, “When Aidan started playing football in the seventh grade, he was locked in on his dreams in football.

"To see him on the precipice of fulfilling his dream is the most beautiful thing.”

Why do the Jacksonville Jaguars want Aidan Hutchinson?

As the NFL draft approaches, Hutchinson is projected to be a first-round pick by the Jacksonville Jaguars.

His abilities on the field over the course of his college career at Michigan State have played an integral part in Hutchinson's appeal to NFL teams.

Speaking about Hutchinson's skills, Jeremiah said, “I think he’s the best player in the draft with Aidan Hutchinson.

"You know, pass-rushing is kind of an art and he’s really got a good feel for it. He’s got great instincts. He doesn’t have real long arms, but he plays like someone that does and gets his hands inside.

"He’s got every trick in the bag as a rusher. Just a real natural and gifted rusher." 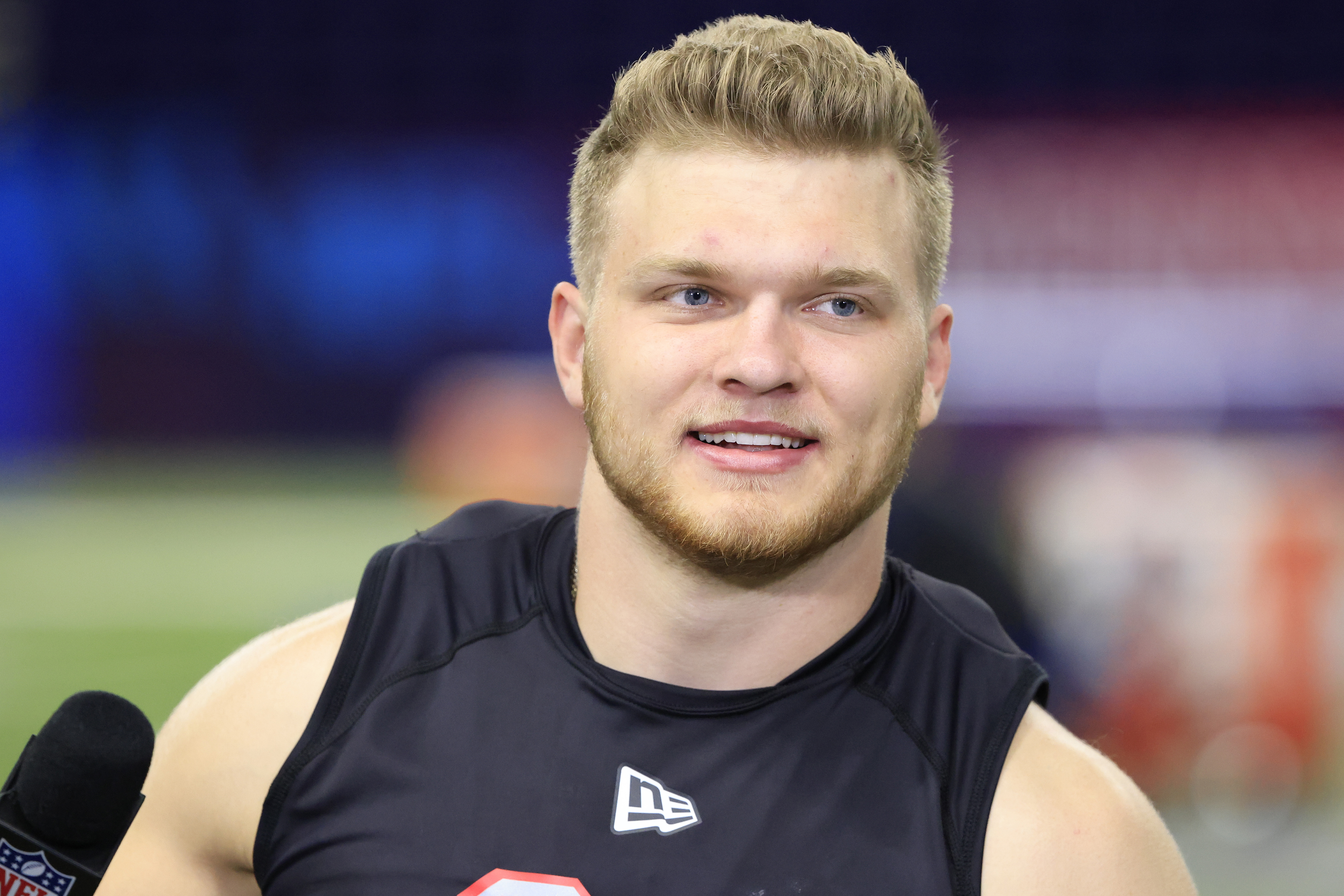 How has Aidan Hutchinson prepared for the 2022 NFL draft?

Hutchinson has used his family as his support system throughout his time as a defensive end for the Michigan Wolverines from 2018 to 2021, and he continues to do so.

“With my parents, they’ve been my support system since Day 1 and having them at my back is so beneficial for me and my whole career,” Hutchinson told AP News.

“I know this transition is going to be difficult for the NFL. But having them, my sisters and my parents, I know they have all my best interest at heart.”

His instinctive ability to read the opposing teams' intentions has provided Hutchinson with the skillset necessary to become the projected first-round pick in the 2022 NFL draft.

Hutchinson praised the other players who are being drafted but added that his instincts will separate him from the rest.

“When I’m out there, I call it my ‘Spidey-sense.’ I’ll feel a play’s coming and then I, most of the time, I’ll trust it and I’ll make a play because of it," he told NBC Sports.

"I think I just need to continue to keep trusting it because I think my instincts really do separate me and they’re what’s gonna separate me at that next level as well."

Hutchinson has kept a journal throughout the process and has found that journaling allows him to keep a positive outlook as the draft gets underway.

His dreams are reflected in his writing, and Hutchinson added, "I want to be a Hall of Famer. I want to be first-team All-Pro. That’s going in the journal, too.”