Welsh Rugby Union insists it is committed to equality, diversity and inclusion after a former employee claimed a colleague openly joked about wanting to rape her amid a ‘culture of misogyny’ – as chief executive says staff are to hold the body to account

The Welsh Rugby Union has said it is committed to equality, diversity and inclusion  after one of its former employees was accused of making a series of damning statements.

Sportsmail revealed last month the employee has alleged WRU staff joked about raping her and compared her to Hitler via a formal grievance letter.

The woman in her forties insists there is a culture of sexism and misogyny within the WRU and her accusations have rocked Welsh rugby.

Responding to Sportsmail’s story for the first time, WRU chief executive Steve Phillips said: ‘When any allegation of that nature emerges we take it extremely seriously.

‘We commissioned an independent legal review and that ran its course.

‘I can’t really say too much about that, but I am not going to use that as an excuse to not say how important culture is to us. Diversity and equality are core values of rugby and the WRU.

‘The inclusion of women, whether that is in playing, coaching, as a board member or anywhere in between, is fundamental to the WRU and to rugby. 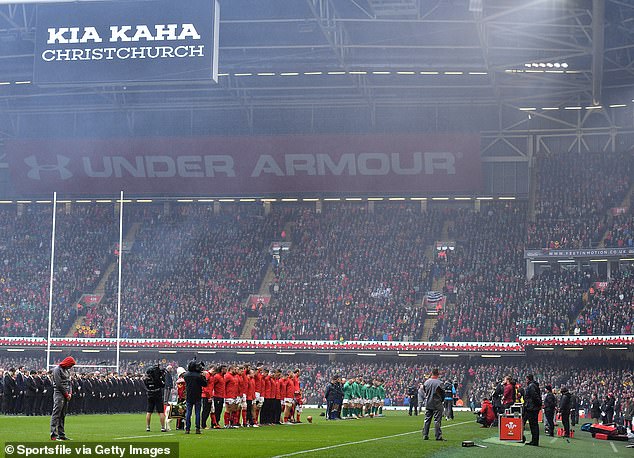 The Welsh Rugby Union has said it is committed to equality, diversity and inclusion after a  former employee has accused individuals of creating a culture of sexism and misogyny

‘We are on an EDI (equality, diversity and inclusion) journey. We have appointed an independent expert to help us along the journey and that’s been ongoing since late 2020.

‘We had an all-staff call last week inviting staff contribution and we had an overwhelming response. 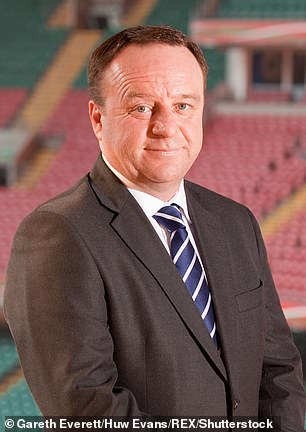 ‘They are to hold us, including me to account, if we think we are not measuring up.

‘I can’t emphasise enough equality, diversity and inclusion are very important to us. We want our staff to be able to participate, be respected, be valued and more importantly, be safe.’

The former WRU employee also claimed in her formal grievance letter that one ex-colleague made derogatory remarks about the Wales women’s side.

She also alleges another used the term ‘P***’ on a Zoom call and that the comment was ignored. An employment tribunal claim between the former employee and the WRU is ongoing.

‘Everybody will say the cliche all organisations want a good culture and we really care about our people,’ Phillips added.

‘Culture is one of these journeys you start on that never ends because expectations change and you can really improve.

‘You can never be complacent in this and you have to keep checking in with the people that matter.’

A Colorado radio host wished for a ‘nice school shooting’ to disrupt Donald Trump impeachment coverage. He was fired

Who is Cristiano Ronaldo’s mother, Maria Dolores? What’s her job, and how many children does she have? – The Sun