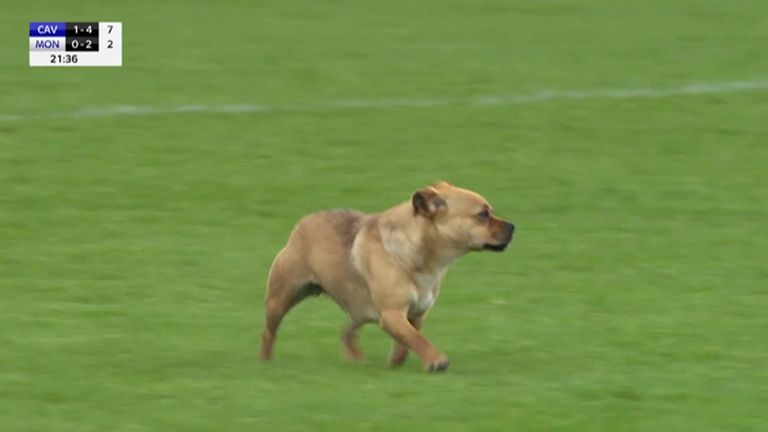 A dog interrupted the Ulster Championship meeting between Cavan and Monaghan on Saturday night.

After making its way onto the playing surface, the animal was roaming around before referee Conor Lane deemed it appropriate to call play to a halt in order for the dog to be safely removed.

However, the furry friend was in no hurry to exit the field, and the game was ground to a standstill for almost two minutes as players and officials alike did their best to escort it off the field. 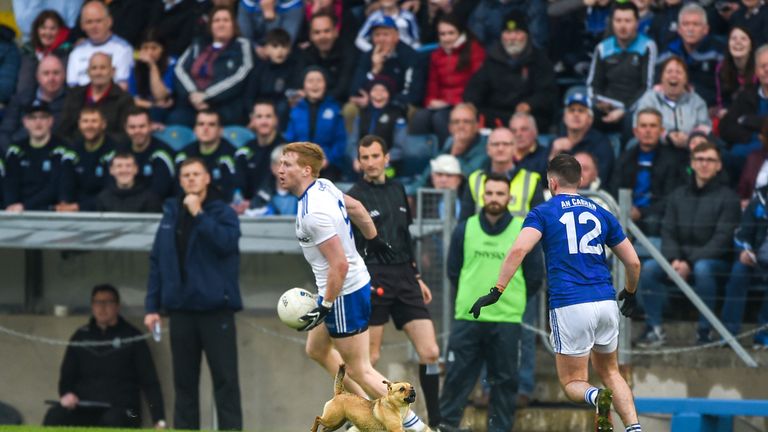 Eventually, the hound exited the pitch by its own volition, and the game resumed.

You can watch the madness ensue in the above video.

Cavan pulled off an upset victory over their neighbours, winning out 1-13 to 0-12 for their first home win over the Farney County in 32 years.

However, it wasn’t the first time that a canine has interrupted proceedings in a GAA game.

Fiji 27 Uruguay 30: South America side made up of several amateurs complete one of biggest upsets in World Cup history – The Sun