THIS is the terrifying moment two MotoGP riders crashed at around 200mph as Valentino Rossi somehow cheated death after missing the aftermath by millimetres.

The horrendous incident occurred at the Austrian GP between Franco Morbidelli and Johann Zarco. 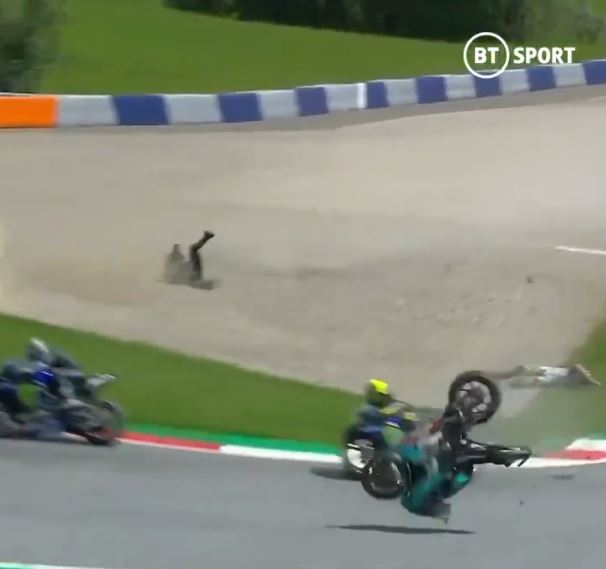 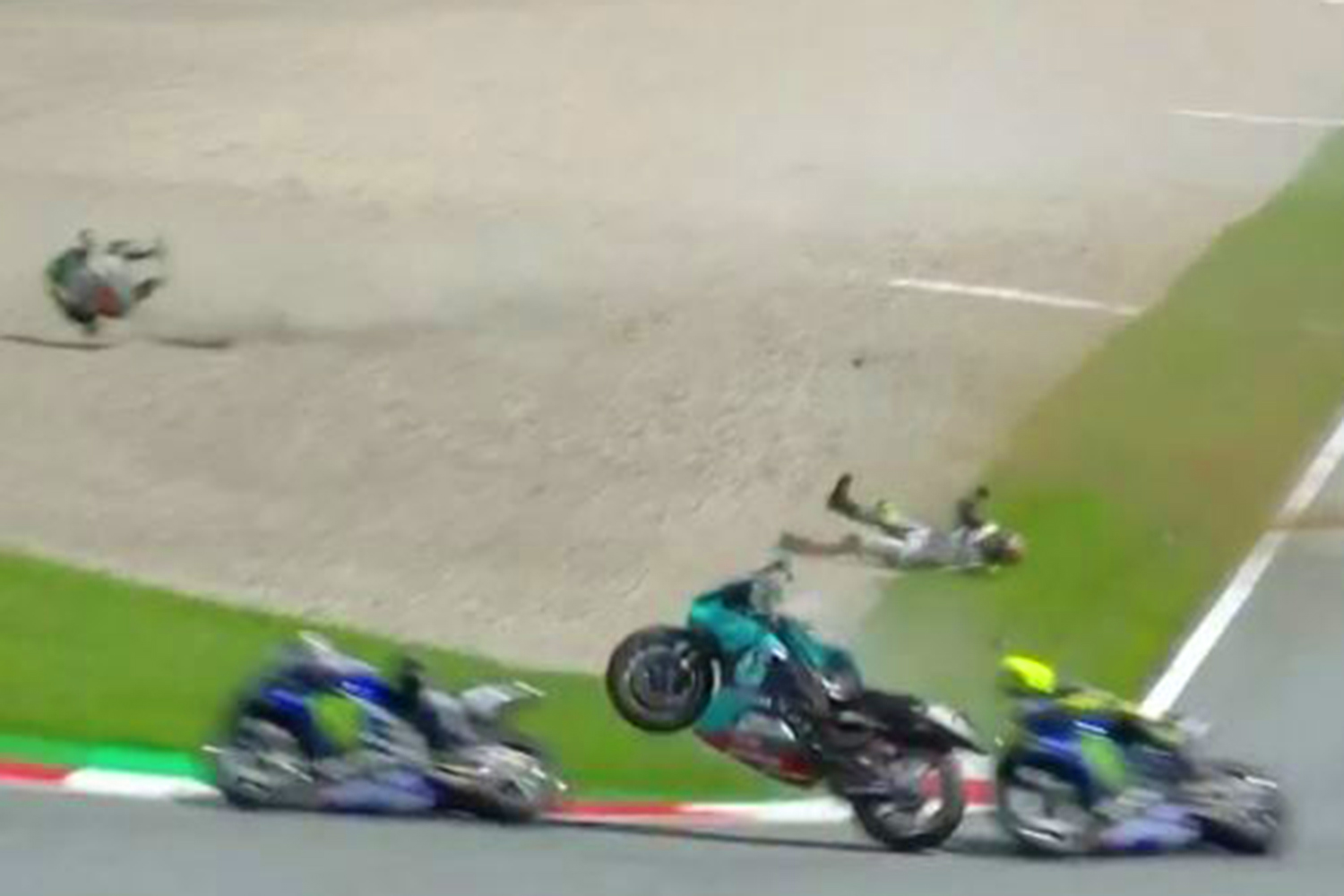 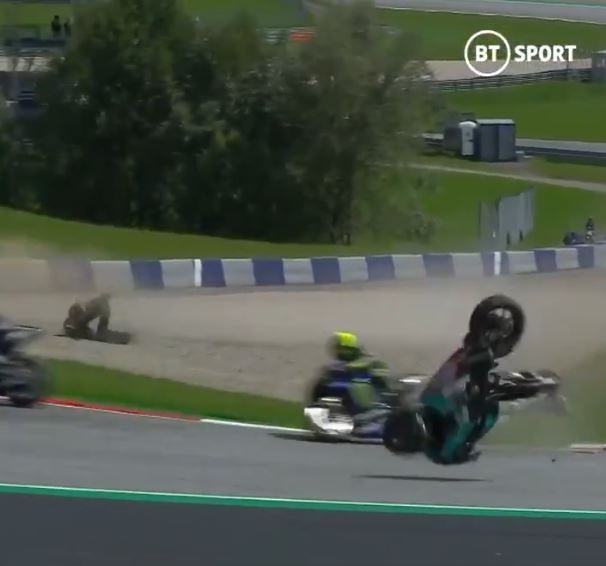 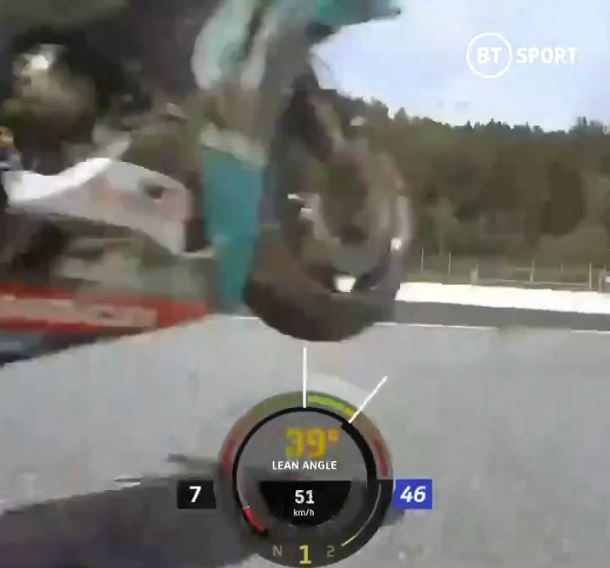 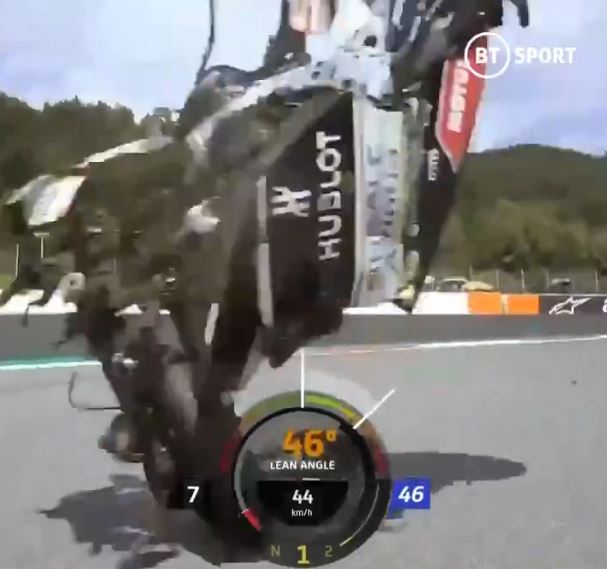 As the pair attempted to head flat out down the straight, the two bikes tangled in the breaking area on the second corner.

The two drivers are then thrown like rag dolls across the gravel as the commentators watched on in disbelief.

Both Morbidelli and Zarco's bikes were totally destroyed but they miraculously escaped without major injuries.

With the two drivers thrown across the ground, both bikes are flung across the track at a remarkable speed.

With shrapnel flying everywhere, the bikes curtail towards the corner where the other racers are approaching.

It would have certainly caused the Italian some serious damage had it smashed into his side at such a pace.

Franco is instantly onto his feet and runs over to his fellow racer to check on his welfare as the red flag is immediately raised.

Moridelli then takes himself to the ambulance so get checked over.

The commentary sums up just how close Rossi was to being hit by the bike.

Almost stunned into silence, one then says: "I can not believe Valentino Rossi there…

"Thank you thank you. That bike misses him by, well…"

The other commentator adds: "Wow. There's nothing Rossi can do about it. What a mess."

He later says: "If anything would want to make you retire, that would be it."

Footage from Rossi's headcam shows just how close he was to being hit by the loose bike.

He then appears visibly shaken after pulling into the pitstop after finally coming to terms about what had just happened.

Those watching from their sofas were left stunned that Rossi escaped the accident. 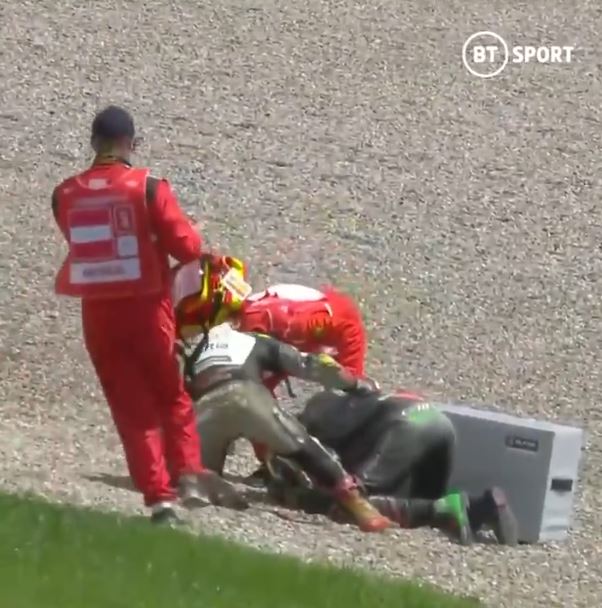 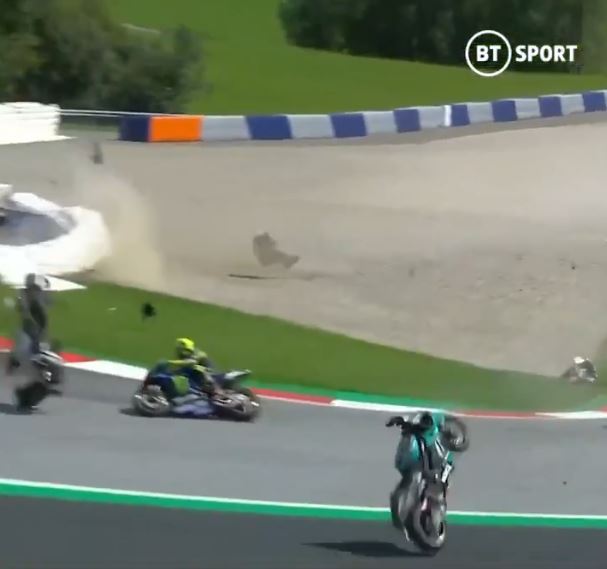 One wrote: "Valentino’s clearly earned some points over the years with whoever’s in charge upstairs."

Another added: "The racing gods were with Vale today."

A third said: "Someone was watching over you today."