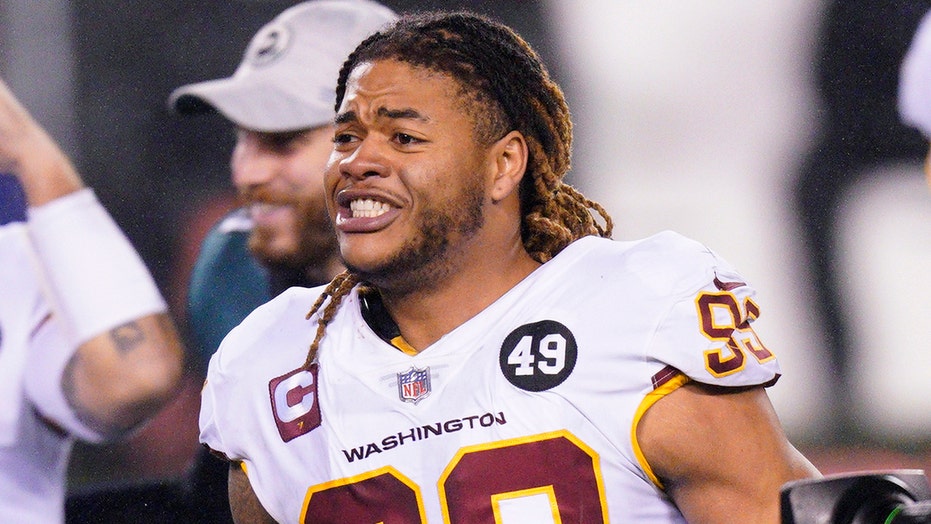 Washington Football Team rookie Chase Young will need to be careful what he wishes for ahead of his wild card playoff matchup against Tom Brady and the Tampa Bay Buccaneers.

As Young was heading back to the locker room to celebrate the team’s NFC East division title, the defensive end was heard shouting: "Tom Brady! Tom Brady, I'm coming. I want Tom!"

Young’s ambition is something to be admired, but Brady has historically eaten players alive in the playoffs and with a new team and something to prove there’s no doubt that the legendary quarterback will be looking to make a statement against Washington.

The young Washington player is the favorite to win the NFL Defensive Rookie of the Year. He leads all rookies with 7.5 sacks – tied for the third-most by a Washington rookie, according to NFL.com.

Young had a sack and a fumble recovery in Sunday night’s 20-14 win over the Philadelphia Eagles.

Brady is back in the playoffs for the 11th consecutive season, but his first with the Buccaneers. Brady bolted for Tampa Bay from the New England Patriots in the offseason. He helped break Tampa Bay’s long playoff drought, helping the Buccaneers to an 11-5 record.