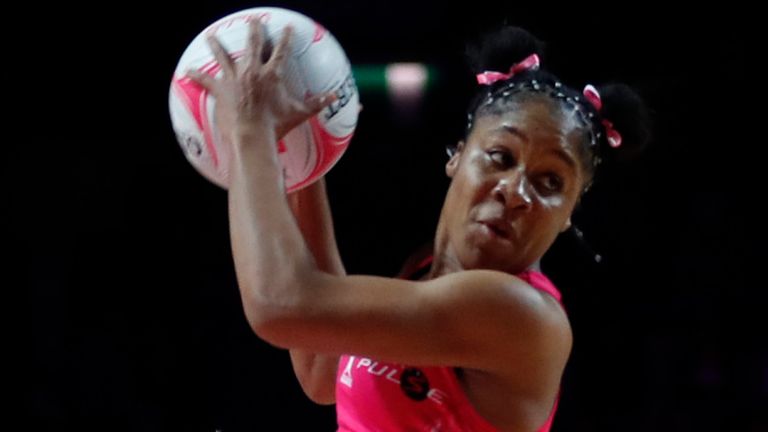 Surprise package London Pulse maintained their perfect start to the season with a one-sided 69-38 victory over the winless Celtic Dragons.

Under new coach Sam Bird, a new-look Pulse – who finished bottom of the Vitality Superleague last season – proved too strong. After a keenly contested first quarter they powering away over the second and third periods to claim another victory.

In front of a lively crowd at the Copper Box, and inspired by another near-perfect performance from goal-shooter Sigi Burger, Pulse recorded their third win of the season, one more than they managed in the whole of 2019.

Bird’s team join top-of-the-table Team Bath, who they face next Monday, and champions Manchester Thunder with a 100 per cent record while Dragons drop to rock bottom after their heaviest defeat of the season.

Pulse took to their home court for the first time after a start that included a narrow win over Sirens at the Season Opener, and an impressive victory over Surrey Storm.

However, Dragons have been full of battling qualities themselves, despite a pair of defeats and after the teams could not be separated over the opening five minutes it was the visitors who forged the early two-goal lead.

It lasted a matter of minutes as Pulse forced a turnover of their own to level the match at 12-12 and they shared the next four goals to ensure it was honours even at the first break.

It was more of the same throughout the second quarter, Burger and Chiara Semple making no mistake for Pulse. Amy Clinton and Rebekah Robinson made sure Dragons stayed within touching distance until a miss from the visitors proved crucial.

It opened up a three-goal lead for the hosts for the first time and they never looked back. Jamaican wing attack Adean Thomas was growing in influence and Pulse took the quarter by five goals to open up a significant half-time advantage.

As much as the Pulse attack end was impressing, their defensive circle began to match their efforts, particularly in the third quarter, forcing crucial turnovers. Halimat Adio and Lindsay Keable were joined by teenage sensation Funmi Fadoju to help Pulse pull clear with a host of turnover ball through the court.

Dragons were sticking to their task, but despite the best efforts of Abby Tyrrell, they were unable to make inroads into the deficit. Burger maintained her unerring accuracy under the post as a narrow half-time lead became a 17-goal chasm by the end of the third quarter.

Player of the match Thomas continued to impress as Pulse showed no signs of letting up. Another dominant quarter saw them secure not just their biggest win of the campaign but the biggest in the competition this season and it moves them up to second in the table.

Up Next – Pulse take their 100 per cent record on the road to take on league leaders Bath, who have also won their first three games. Something will have to give at Team Bath Arena on Monday night as Pulse chase a first win against the Superleague stalwarts.