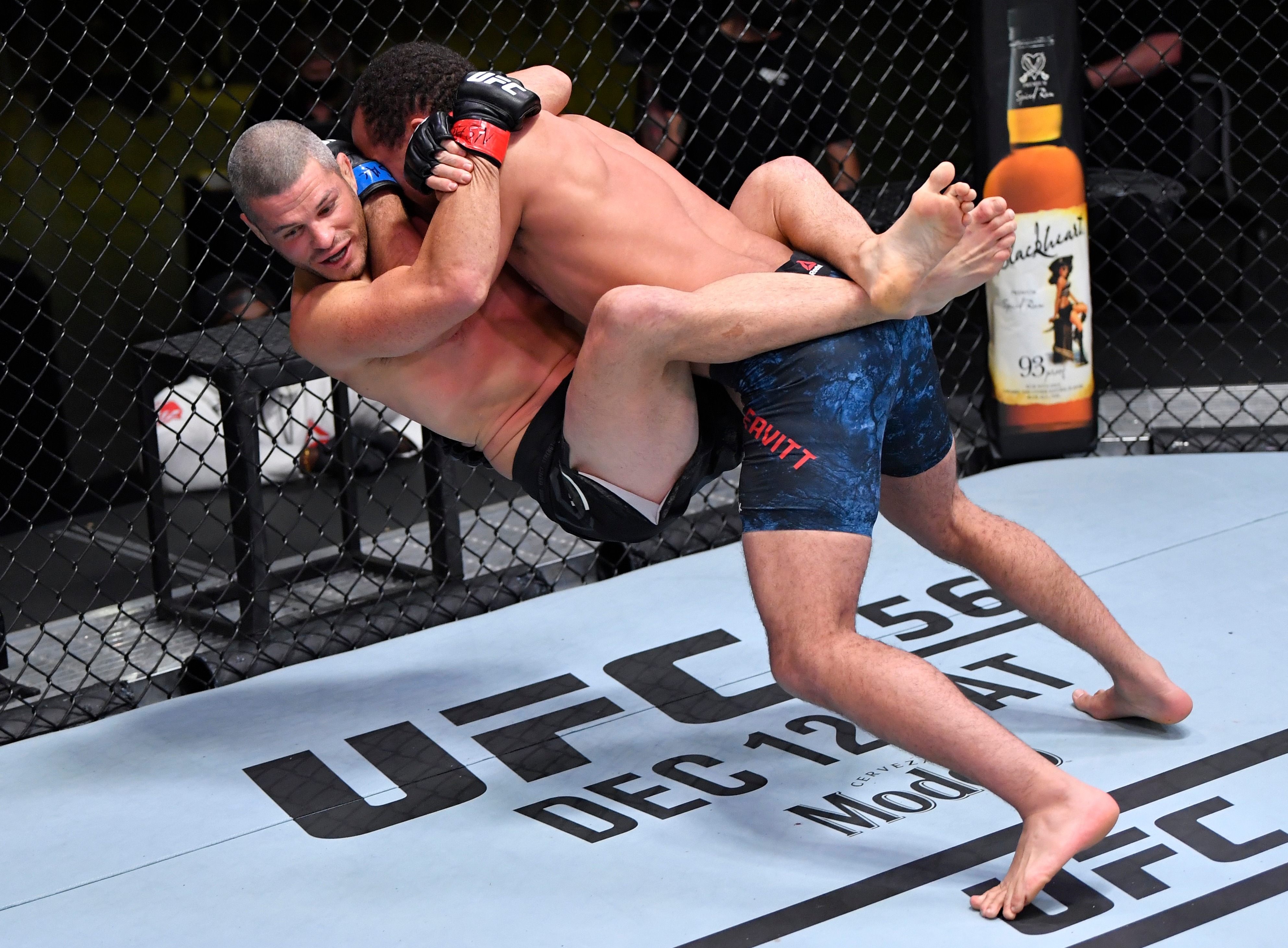 Leavitt, 25, separated Wiman from consciousness 22 seconds into their lightweight showdown, viciously dropping the 37-year-old on his back after securing double underhooks.

The debutant bagged a £37,000 ($50,000) Performance on the Night bonus for his sensational victory but admits he's not fan slam knockouts.

"I also 100 per cent agree that I feel like the sport would be a much safer, artful thing if slams like that weren’t allowed," Leavitt told TMZ.

"But, when you’re out there, when you’re in that cage you have to decide, 'Am going to pay rent tonight? Or am I going to have to downgrade to my house, and have to put my family in an unstable position?'

"I feel like any person what do what I did in that situation. And, I did what I have to do. I think slams are ugly and I think they’re dangerous."

Although he was over the moon with his emphatic debut, which went viral, 'The Monkey King' would've preferred to have won his maiden Octagon outing in a different manner.

Preview(opens in a new tab)

He added: "I would have preferred to have won in any other way.

"I’m happy — I mean it's a highlight and it's good for my career and notoriety — but that's not the way I wanted it to be." 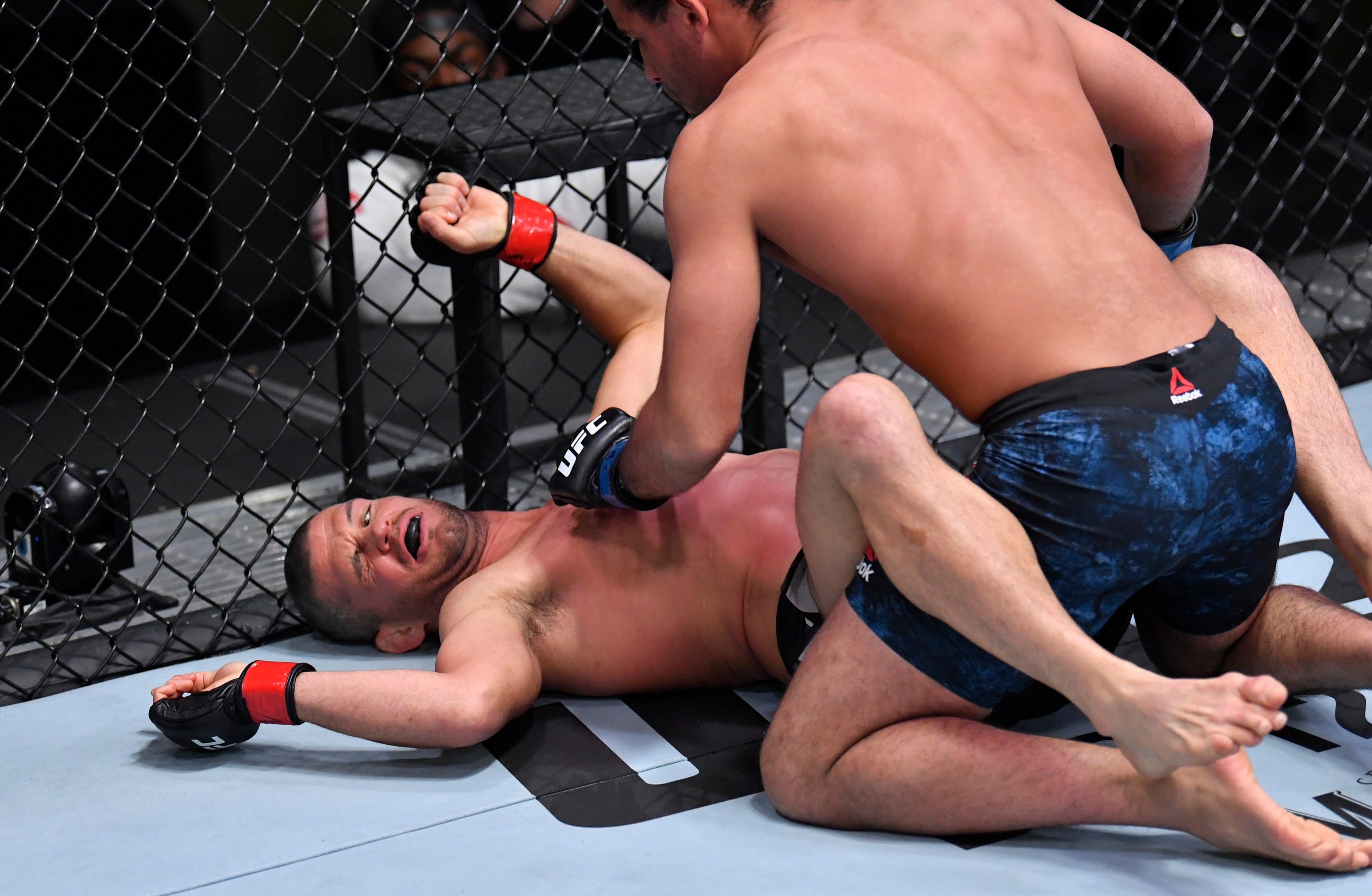 Moments after his brutal victory, Leavitt offered his apologies to Wiman's wife, who was cageside for her husband's tenth professional loss.

"First, I just double checked to make sure it was his wife because sometime you have a girl cornerman," Leavitt recalled. "And then she said, 'I am' and I had a blank in my head.

"And then I'm like, 'I'm so sorry'. I never planned on winning that way. Especially against someone you respect, you look up to and you watched as a kid. I never pictured that fight going that way.

"She just said it's the fight game, it happens. She was very calm. I respect the c**p out of that. My wife has been in my corner once and it's terrifying. I can't imagine being in the corner for that. 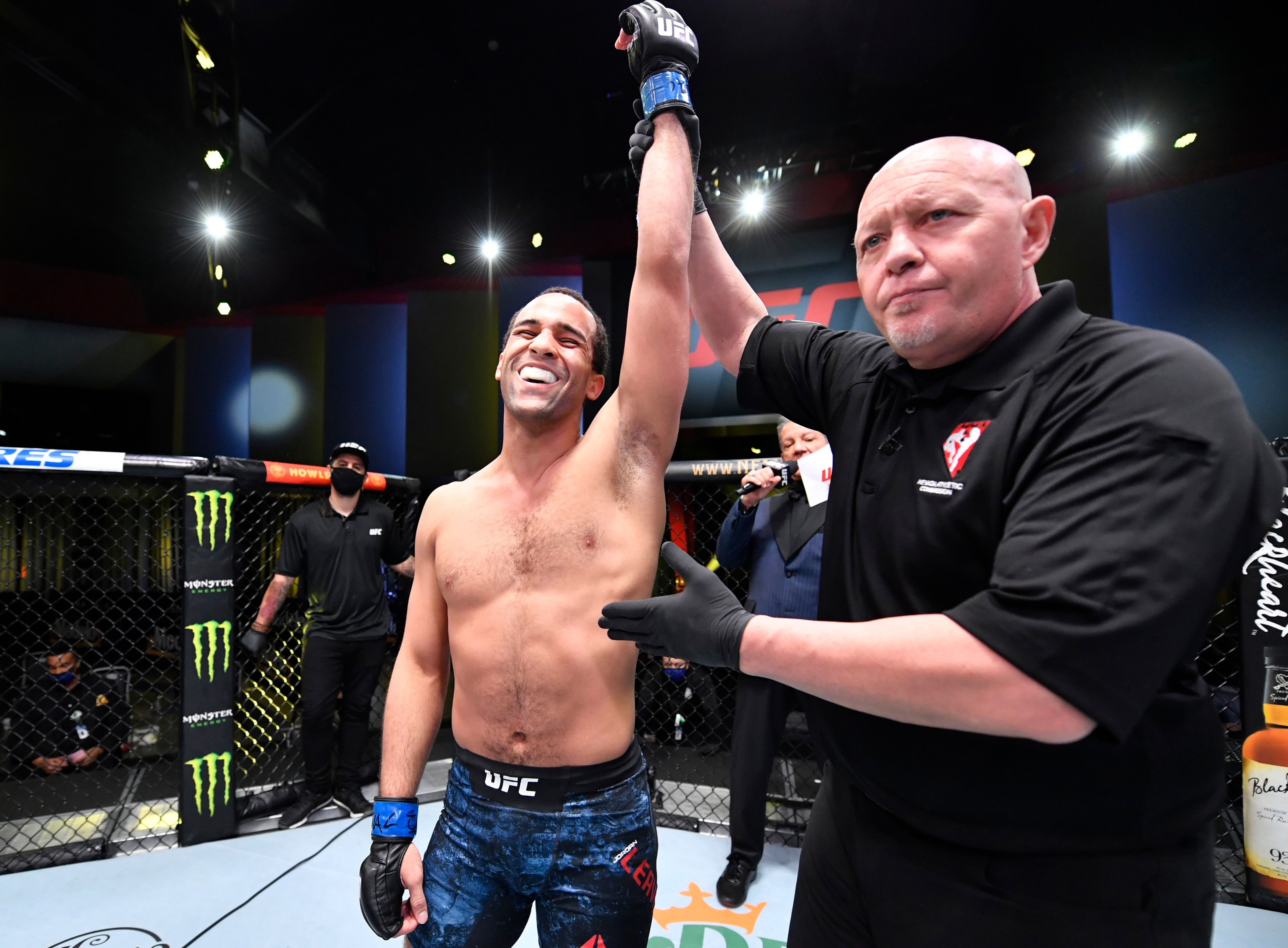 Leavitt's concerns for Wiman – who is now on a three-fight skid – were partly alleviated after he saw the veteran speaking to his team as he made his way out of the arena.

"He [Wiman] was awake when I was leaving and I could see him talking to people," he said. "And that kind of took a lot of weight off my shoulders. I was really stressing about that."

Opinion: Horse racing needs to be saved before it ceases to exist