UFC new-boy Mason Jones suffered a unanimous decision loss in first octagon outing – and he was left with a horrific shiner for his efforts.

The former two-division Cage Warriors champion made his bow this afternoon in the UFC Fight Island 8 prelims, in which he tangled with veteran Mike Davis. 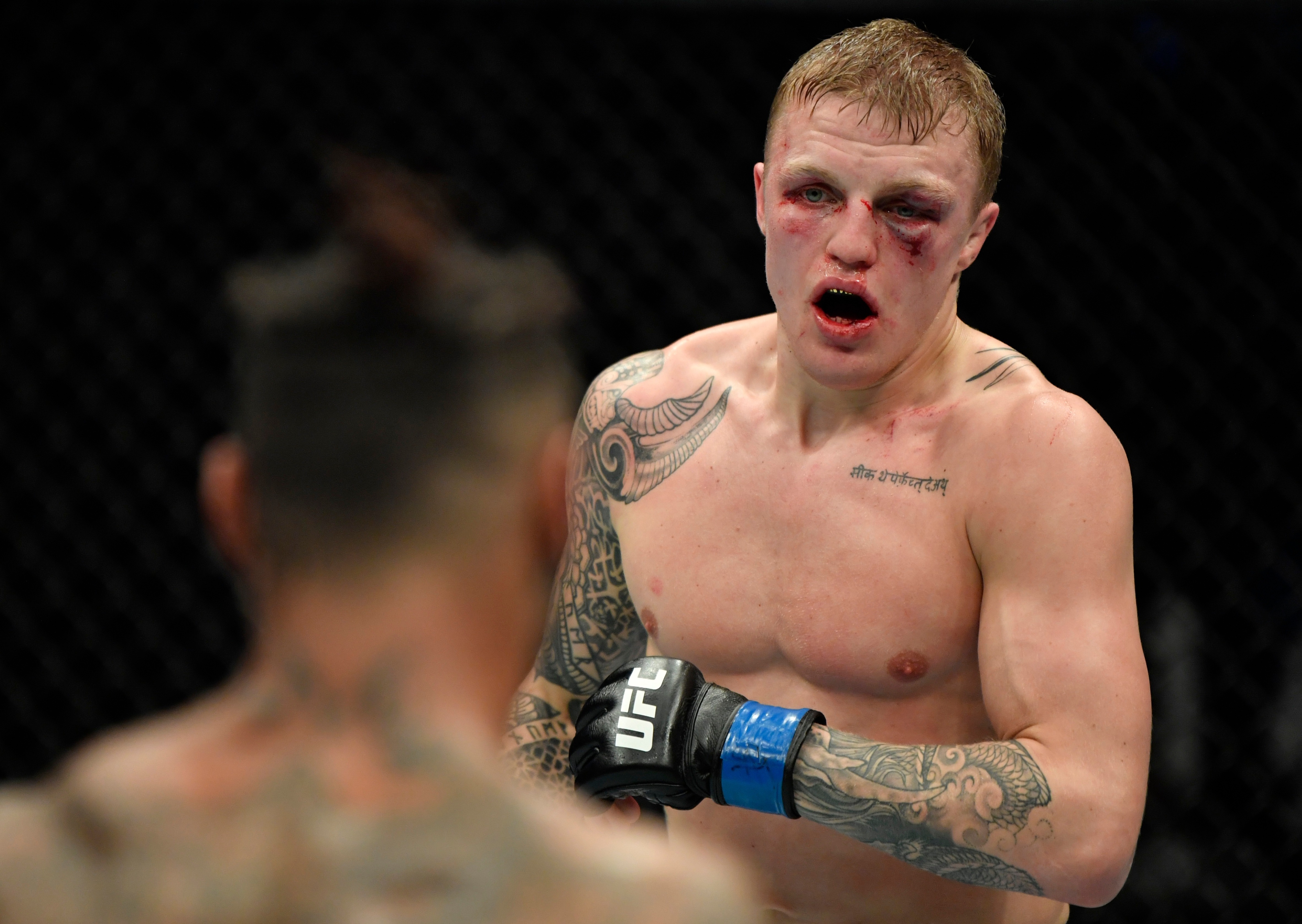 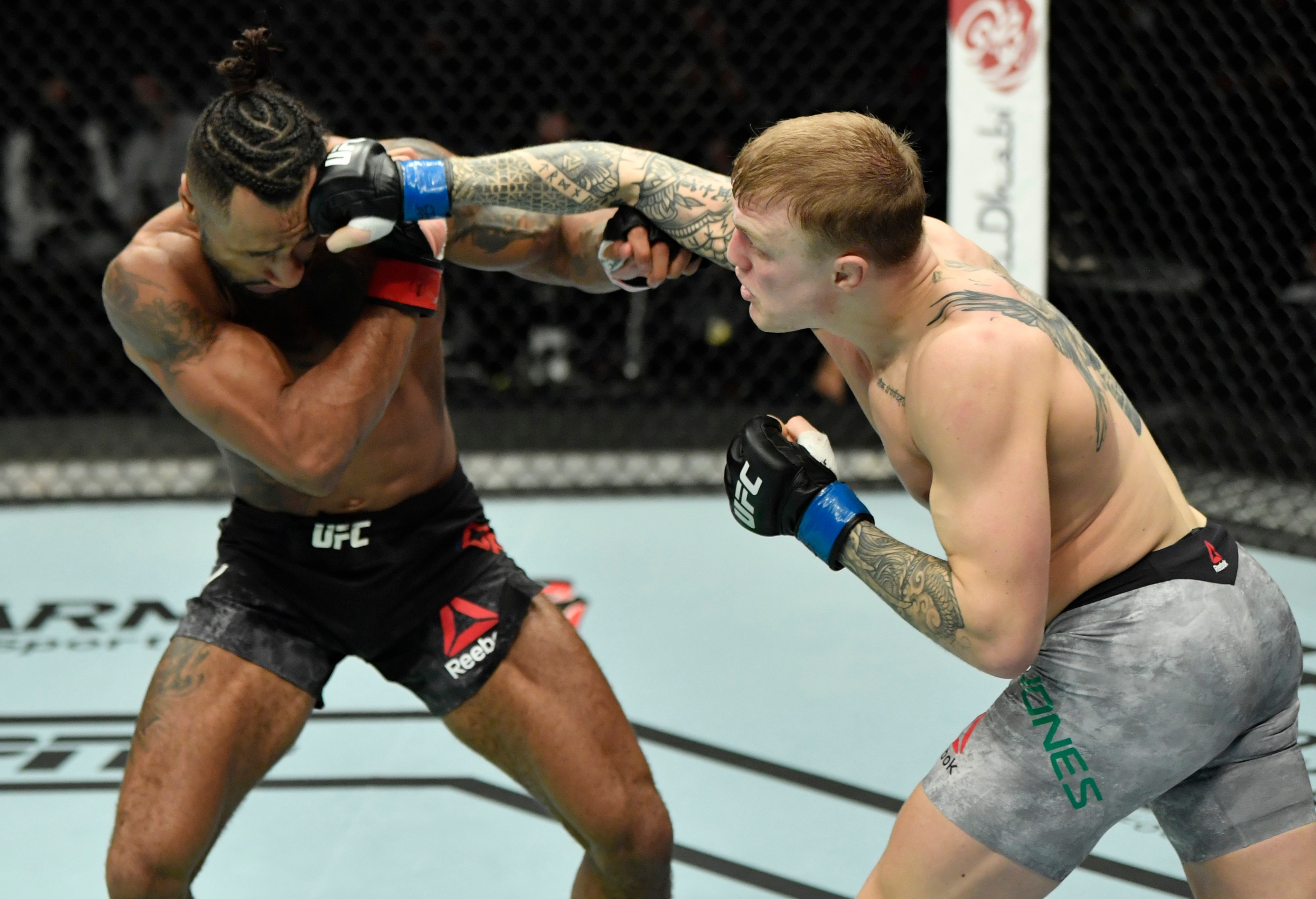 The Welshman through caution to the wind early doors. And it paid dividends in some of the exchanges.

He did, however, find himself on the receiving end of several slick combinations from the always-dangerous Davis.

The 25-year-old exhibited the same pace in the second round. And although he repeatedly found a home for his right hand, he often left himself susceptible to counters.

Where many would've wilted, Jones kicked on, continuing to press forward in the face of the hellaciousshots coming his way.

And his face soon began to wear the damage, with blood dripping from just below a badly swollen left eye. 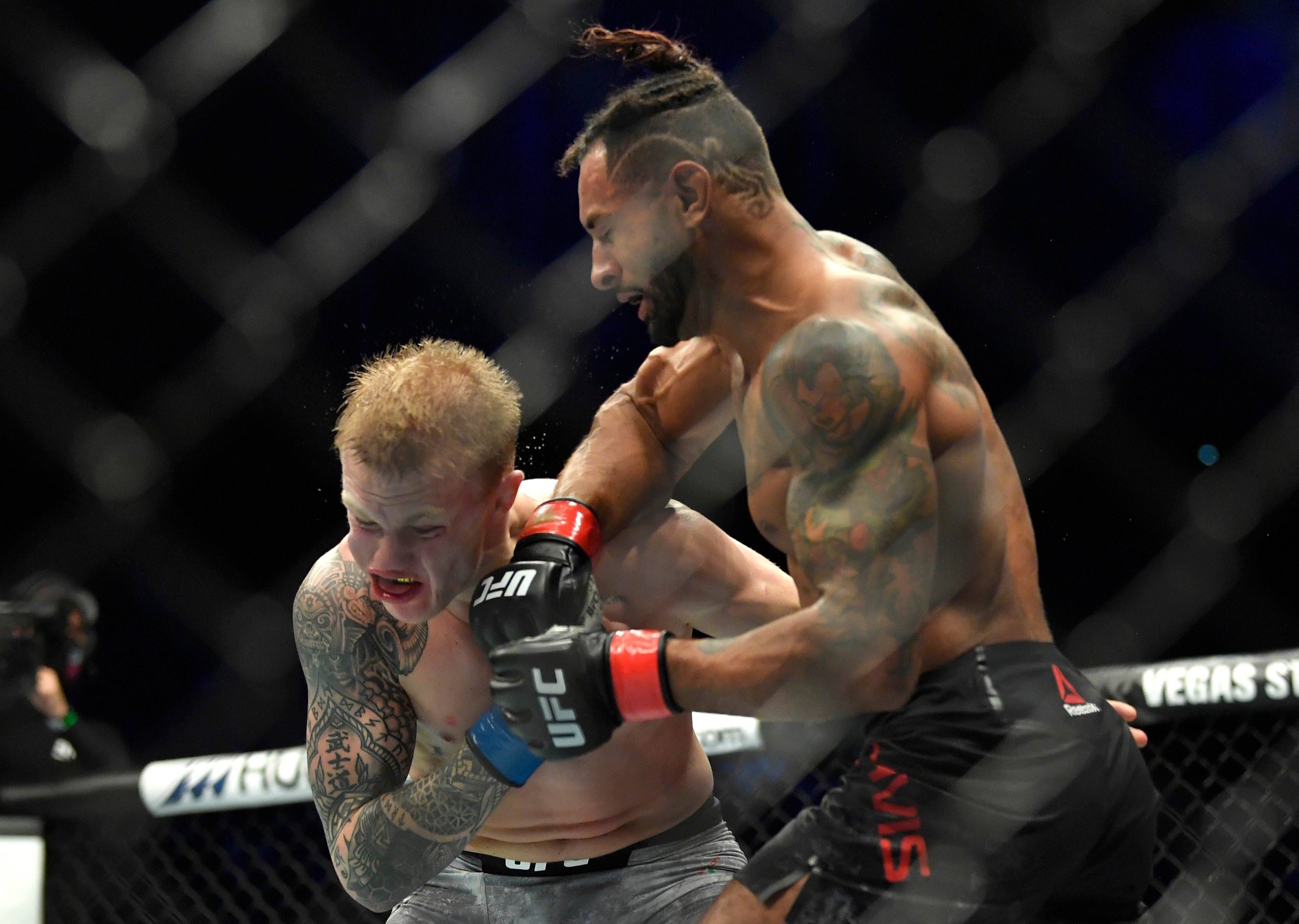 After a touch of gloves to restart the third round, the pair immediately went to war again.

A stiff uppercut, however, briefly backed up Jones and made him reassess his approach.

The change of tact prompted a takedown attempt, although he was unable to complete it.

With three minutes left on the clock, Jones' corner called for a higher work rate from The Dragon.

Jones duly obliged, stalking a tired Davis and mixing up his punches with brutal leg kicks.

That pressure kicked into another gear in the final minute, with Jones relentlessly throwing knees and elbows in the clinch.

Many thought Jones' work in the second half of the fight would be enough for him to get the nod.

Prior to the brutal encounter, the previously-undefeated Jones revealed to SunSport he was more than willing to go war with the American.

He said: "I've been doing this since I was seven. I've been training with this goal since I was 12 years of age.

"I've been training at the level most would consider pro since I was younger than that.

"And when I was 15, I was leaving school to go out and compete in high-level competitions all over Europe and losing to world champions, Olympic champions and European medallists and getting smashed by people in different weight categories. All different things. It always been to this point.

"I'm willing to die in there if that's what it takes. It doesn't matter to me. As long as I get my hand raised at the end, that's the only thing that matters."