DEONTAY WILDER will be knocked out in the first round of his trilogy fight with Tyson Fury, the Gypsy King's son has predicted.

Prince Fury featured in his dad's Instagram Stories on the weekend to deliver his verdict on the upcoming bout. 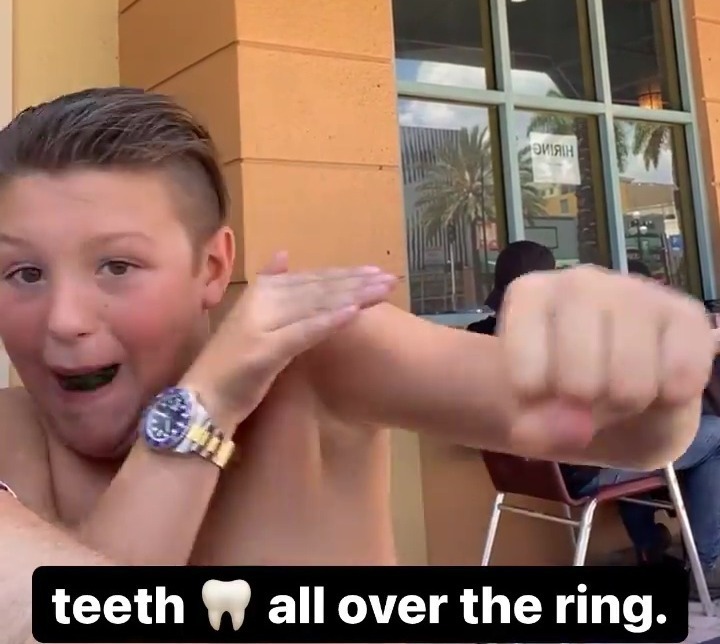 When asked by Tyson, 32, how the fight would turn out, the eldest of five gave a stark warning to Wilder.

He replied: "You're gonna knock his teeth out.

Fury posted the clip online, adding the line 'teeth all over the ring' ahead of the July 14 bout.

Las Vegas will host the trilogy fight after the pair infamously drew in 2018 before the Brit's stunning seven-round victory last February.

The WBC belt will be on the line at Allegiant Stadium ahead of a potential unification bout with Anthony Joshua.

Fury had agreed to fight his countryman in Saudi Arabia this August before a US arbitration ruling demanded he honour Wilder's rematch clause.

The sniping has begun between the two camps with Joshua's promoter Hearn hammering Fury's team for 'cheating' the sport.

"So, rather than celebrate, 'Oh, these guys they played you' why don't you be angry with the fact these guys f***ed up the biggest fight in history and made sure that the undisputed heavyweight world championship didn't happen.

"Ask them why the reasons are that they decided to do that."

Meanwhile, Fury's promoter Warren slated Matchroom boss Hearn for revealing the fight before the Wilder situation had been settled.

He asserted: "Let's be honest, our side has been just as bad.

"It would have been better if everyone had kept quiet until it was all signed and over the line.

"Instead we got stuck in a cycle where their side said something and our side had to respond. Too many agendas and egos took over.

"Boxing needs to learn from this process."

Bill O’Brien is having worst NFL week: ‘Ruined my career’