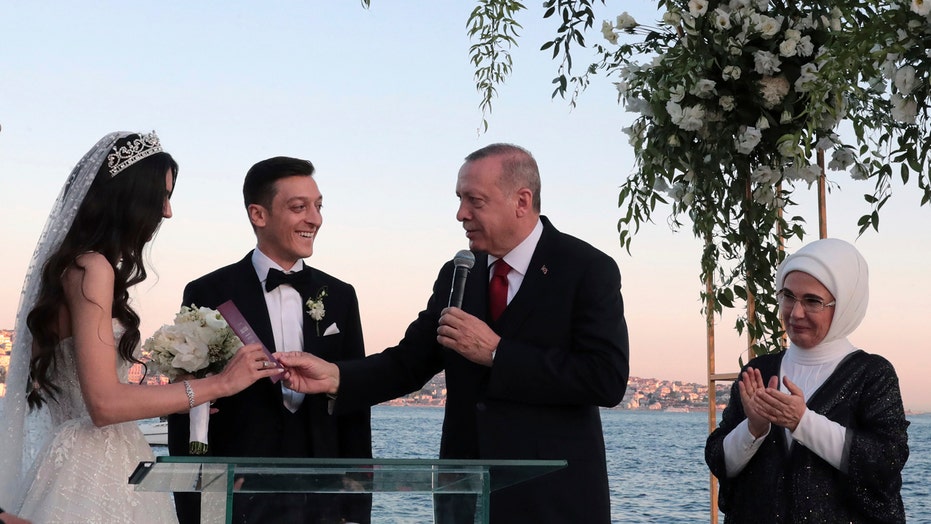 Ozil, who is of Turkish descent but played for the German national team until last year, married model, actress and former Miss Turkey Amine Gulse in Istanbul as Erdogan and his wife, Emine, served as the legal witnesses. 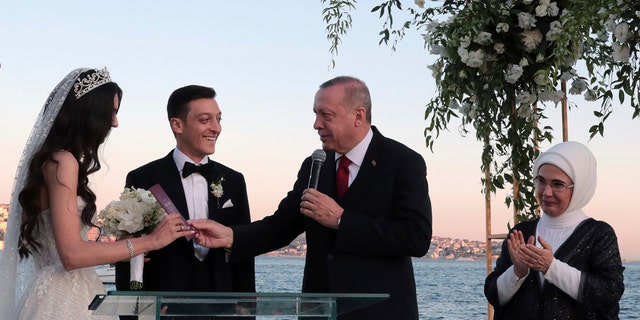 The decision to choose Erdogan came as no surprise to fans of the Arsenal midfielder after he publicly shamed German media last year for critiquing a picture he posted with Erdogan prior to the 2018 World Cup in Russia.

He accused the German football federation, its president, fans, and media for what he saw as racism in how it treated people with Turkish roots, questioning if his Turkish heritage made him “a more worthy target” than other athletes.

Ozil issued a statement in July defending the picture, saying there were “no political intentions” behind it. 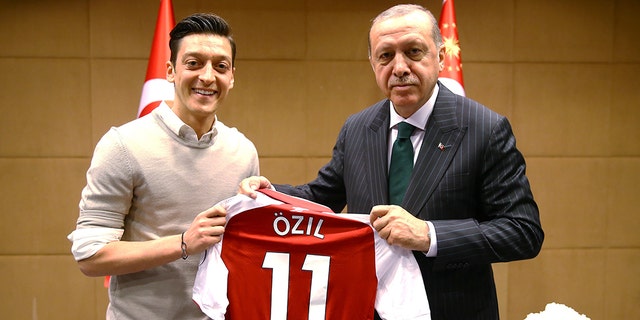 As a result of the backlash, Ozil quit the national team.

Not all Turkish athletes share Ozil’s sentiments toward Erdogan.

While with the New York Knicks earlier this year, Kanter skipped the team’s game in London over fears he could be killed over his opposition to Erdogan. He also missed Portland’s game against Toronto in March.

Fox News Ryan Gaydos and The Associated Press contributed to this report.