THOMAS TUCHEL has claimed Lionel Messi would be "very welcome" at Paris Saint-Germain after being asked about the rumours linking the Argentine with a move to France.

The Barcelona superstar has hinted at quitting the club after their shocking 2019-20, by their high standards. 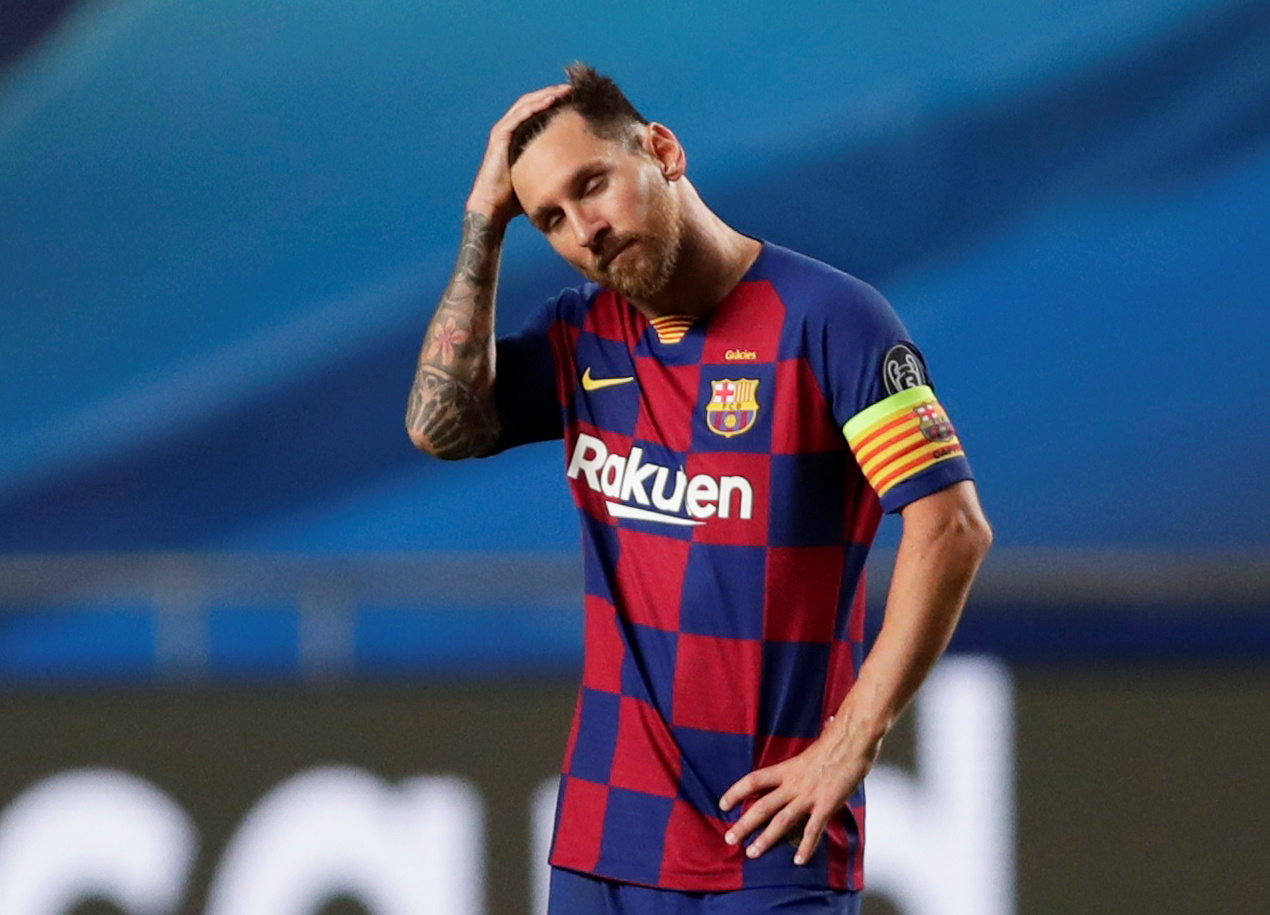 Barca limply conceded the LaLiga title following the enforced break and were then dumped out of the Champions League in an 8-2 quarter-final mauling against Bayern Munich.

Quique Setien was promptly sacked, replaced by Ronald Koeman, while much of the squad, including Luis Suarez, was put up for sale.

Gerard Pique offered to quit and Messi hinted he would leave THIS summer, while director Eric Abidal was also axed.

Now aged 33, Messi wants one last trophy-laden stint and has been linked with a Neymar reunion in the French capital.

Despite having just watched his side lose their first-ever Champions League final 1-0 to Bayern Munich, Tuchel admitted he would be keen to have Messi on his books.

What coach says no to Messi?

"We lost lots of players for this campaign only and we now lose Thiago Silva and Eric Maxim Choupo-Moting.

"We need to use the transfer window now to make the squad bigger.

"The campaign will be very demanding without any breaks. We need to build a strong, strong squad.

"We decided not to talk about transfers in this period here. We will sit together in the next days.

"We have many things to do to keep the level of the squad."

However, Tuchel did admit it would be tricky to lure Messi away from the Nou Camp, because he is "Mr Barcelona".

Tuchel continued: "What coach says no to Messi?

"[But] I think Messi finishes his career in Barcelona. He is Mr. Barcelona."

Neymar had always been keen to reunite with Messi – and was tipped with a move back to Barca last summer.

However, his agent, Wagner Ribeiro, has now said it's more likely Messi joins him at PSG than the other way around, now.

It’s easier for Messi to go to PSG than for Neymar to return to Barcelona.

Ribeiro said: "[Last year] he was ready to leave, to return to Barcelona or go to Real Madrid.

"Not today, you can see his joy.

"What reason would he have to leave PSG today?

“Neymar is happy and I think he’ll stay at PSG for at least two more years.

“Today, without a doubt, it’s easier for Messi to go to PSG than for Neymar to return to Barcelona.

New Barca boss Koeman has claimed he won't keep Messi captive at the club if he wants to leave.

And the club's board are said to be split as to what happens next.

Now, PSG, Inter Milan and Juventus are all keen on Messi – with a barely-believable partnership with Cristiano Ronaldo a possibility.