Follow all the action live as Louis Oosthuizen takes a one-shot lead into the final round of The Open 2021.

The South African, who broke the low-scoring record at the halfway stage, did not reach those same spectacular heights on Saturday but battled valiantly nonetheless to a round of 69 that keeps his hopes of a wire-to-wire victory intact. He will be paired with Collin Morikawa again in the final group after the 24-year-old Open debutant recovered from a shaky start with four birdies in the space of eight holes, and the young American has already proved he has what it takes to win a major after becoming the third-youngest PGA champion in history last year.

Jordan Spieth had shared the lead for much of the third round after a spectacular start but the 2017 champion was left infuriated after missing a two-foot putt on the 18th green that leaves him three back. Corey Conners and Scottie Scheffler lie one shot further adrift, but Jon Rahm may have too much ground to recover as the US Open champion starts the final round five shots back. Follow all the action from what promises to be a thrilling afternoon at Royal St George’s: 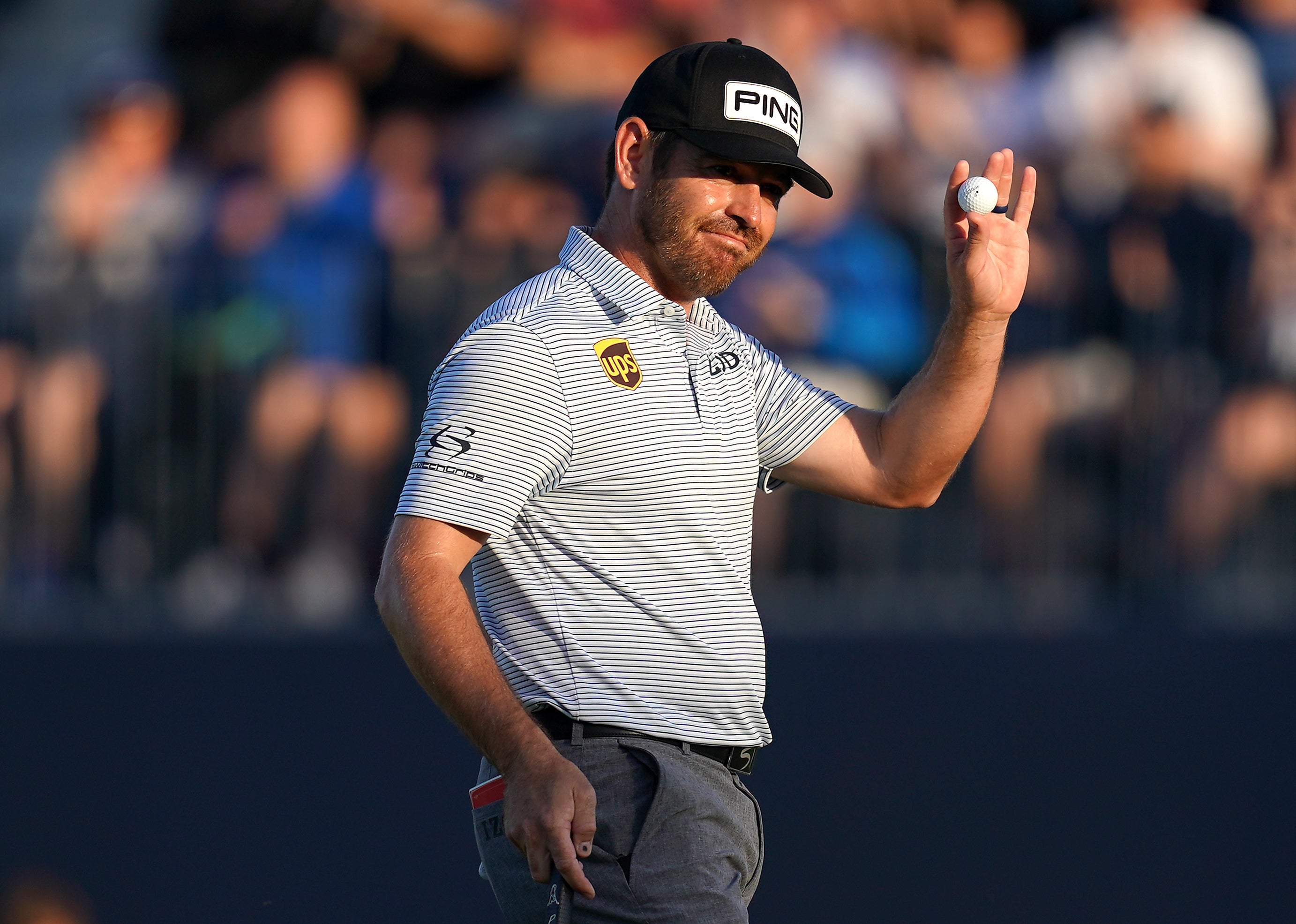 THE OPEN 2021: OPENING BOGEY FOR MCILROY

A tough start of McIlroy. From the deep rough on the right side of the fairway, he skews his second shot into the rough on the left, about 50 yards from the green. His ball ends up behind a electronic scoreboard and after being able to move it by a couple of club lengths, his chips onto the edge of the green. The par putt rolls a foot past the hole and he taps in for his five.

Rory McIlroy gets his fourth and final round underway, finding the right edge of the long rough with his drive off the first tee. McIlroy shot a 69 yesterday, following opening rounds of 70, but it could have been a lot lower for the Northern Irishman, who was -4 at the turn.

Bryson DeChambeau, who has just completed his front nine, is under par for his round for the first time this week. The American is -2 through the opening nine holes, moving him to +1 overall.

It’s Rickie Fowler, however, who is setting the pace today, in terms of low scoring. Fowler is -5 for his round through 14 and is on a run of three birdies in a row to go along with an eagle at the par-five 7th. That puts him to +1 overall as it stands.

THE OPEN 2021: MORIKAWA HAS WINNER’S CONFIDENCE

Collin Morikawa may be making his Open debut, but he already has the confidence of winning a major, becoming the third-youngest PGA champion in history last year.

“I think the biggest thing I can draw from the PGA is just knowing I can get it done,” he said. “But I think confidence just comes from hitting good shots, quality shots, seeing putts go in. There is a lot to draw from, especially this week. I don’t have much experience on links golf, and pretty much all the highlights in my head are from this week. Thankfully there is quite a few. Hopefully we can just use that momentum from the first three days and just bring it into the last 18. It’s going to be a gruelling 18, but I look forward to it.”

Rory McIlroy produced a stunning four-under-par front nine yesterday but his form deserted him after the turn and he’s among the earlier starters this morning. After dragging his approach at the par-5 14th, he tossed his club but laughed off any comparisons to Tyrrell Hatton, who snapped his gap wedge in half rather more emphatically on Friday.

“The front nine was great. I keep saying I am close and that sort of proved it is there – and it isn’t there,” he said. “It’s turning that nine holes of golf into 18 holes and then turning 18 holes into an entire tournament.

“There are signs there it is going in the right direction, unfortunately I couldn’t keep it going for the rest of the round.

“It was nice to see some of the shots I hit, I holed some putts and got the crowd going a bit – which was nice. I just unfortunately couldn’t keep it going all day. It (Sunday) will be the last round I play here for a while – which is a joy. I’ll try to shoot a good score and finish on a high.”

Louis Oosthuizen hard to cling on for a while during a shaky back-nine yesterday afternoon, but the South African retains a one-shot lead over Collin Morikawa, while Jordan Spieth’s abysmal putt at 18 means he’s not three shots back. Here’s our report from yesterday:

Louis Oosthuizen takes slender lead into final round at The Open

Welcome to The Independent’s live coverage as Louis Oosthuizen takes a one-shot lead into the final round of The Open. The South African, who has finished as a runner-up six times at the majors since lifting the Claret Jug in 2010, is attempting to become the first wire-to-wire winner since Rory McIlroy but will have to fend off competition from Collin Morikawa and Jordan Spieth on a scorching Sunday in Sandwich.

Watch as angry Newcastle fans shout at £40k-a-week Jamaal Lascelles after Leicester thumping as captain hits back ‘what’s that got to do with anything?’ – The Sun