CELTIC were sent on a revenge mission in Prague but failed to regain any pride as their Europa League campaign was left dead and buried.

The Hoops were humiliated by a depleted Sparta Prague last time out at Parkhead – with Lukas Julis bagging a hat-trick in the 4-1 win. 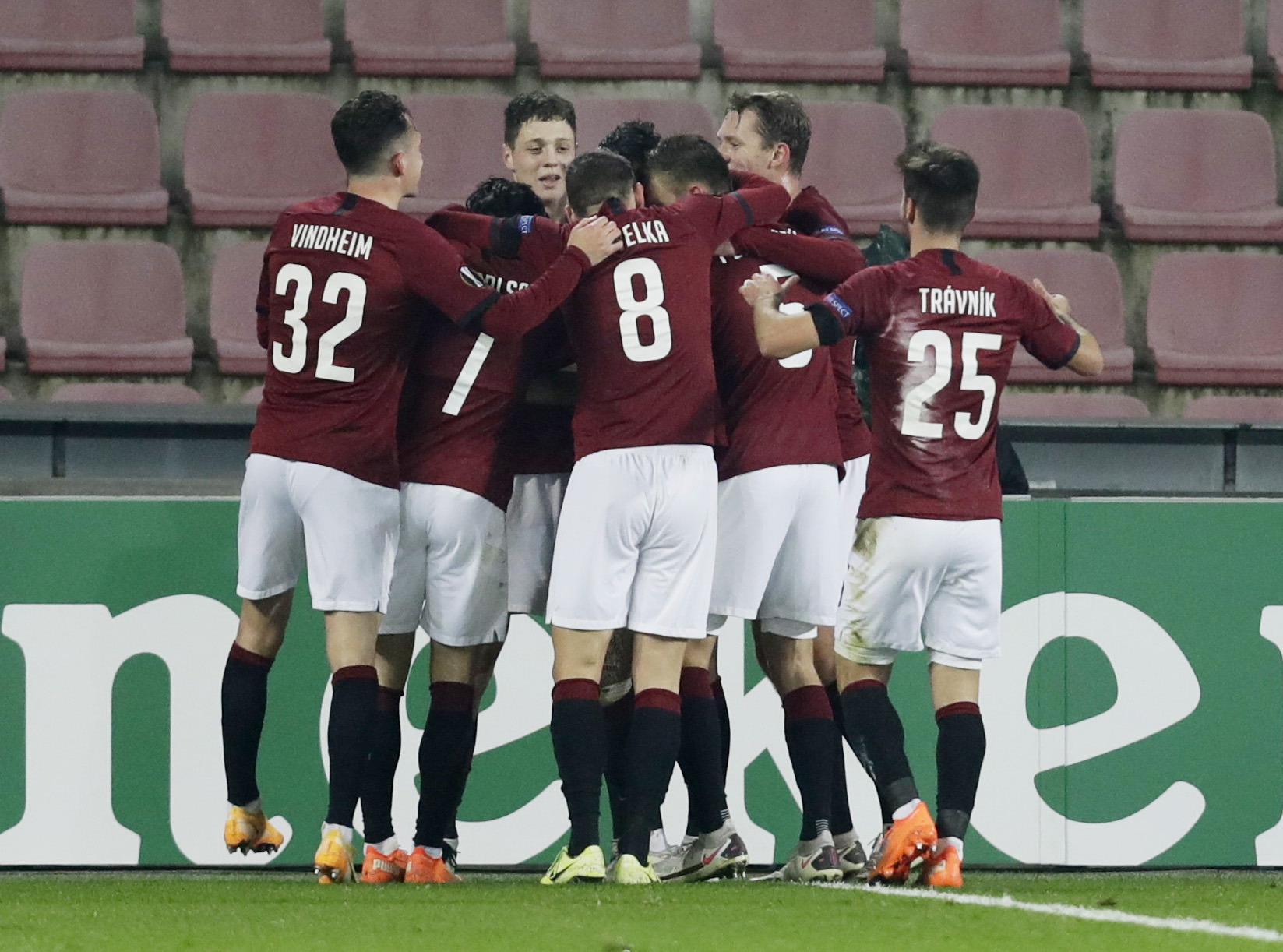 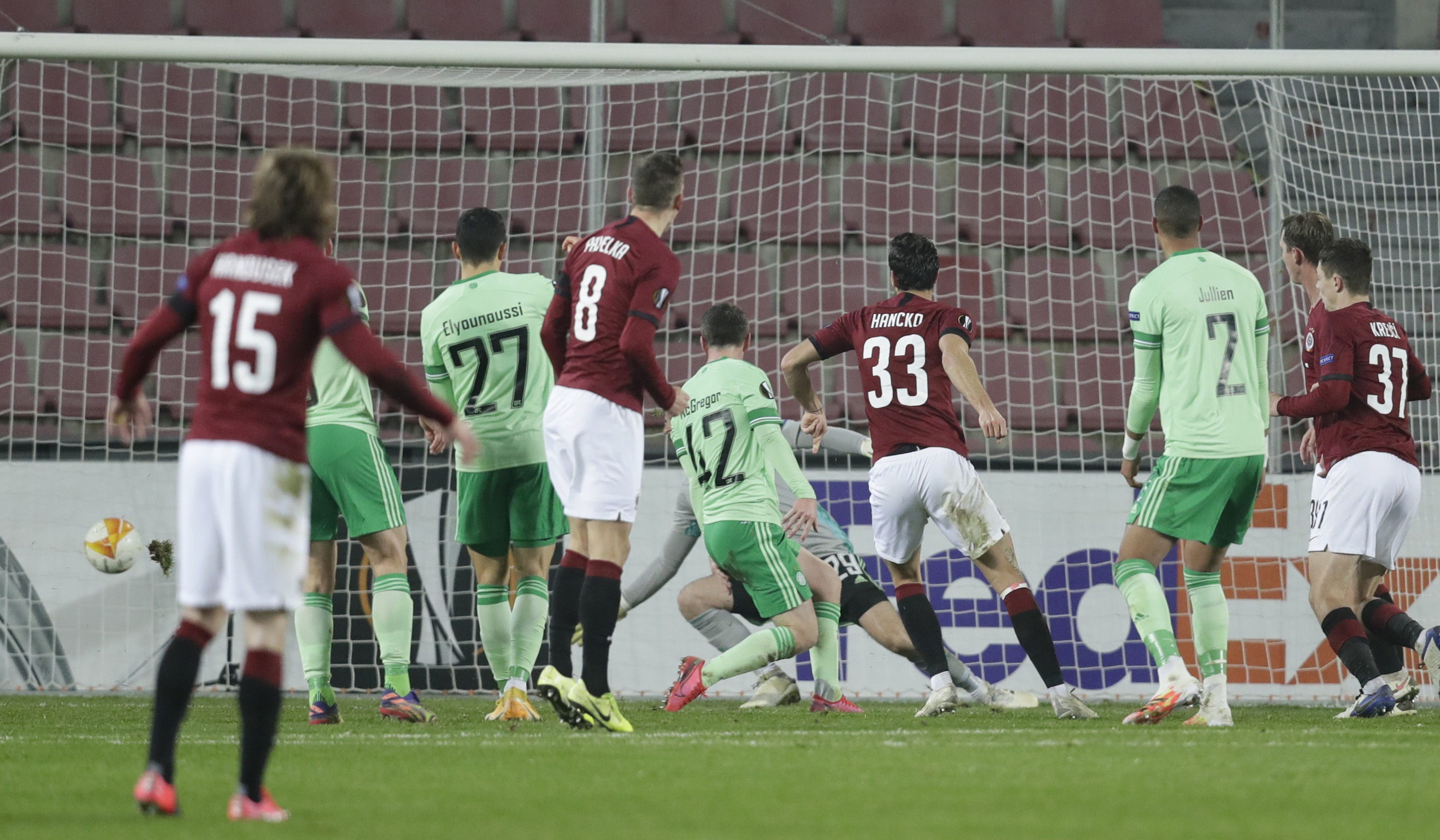 And the striker came back to haunt the champions once again as his double ended Celtic's qualifications hopes with two games still to play in another disastrous night.

Despite some early pressure from the hosts, Odsonne Edouard fired Celtic in front after 15 minutes.

The Hoops hit on the counter-attack through Callum McGregor, who picked out the Frenchman on the left-hand side.

And Edouard – who ended his five-game goal drought with a penalty against Hibs on Sunday – turned his man inside out before tucking the ball into the bottom right corner off the post.

It was the perfect start for the visitors. But their lead didn't last long.

The Hoops were caught out at the corner as Christopher Jullien failed to clear the danger from the penalty area with a weak header.

Scott Brown couldn't scramble the ball away and it fell to David Hancko to slot home from just yards out.

It was calamitous defending from Celtic, and there was more to come. 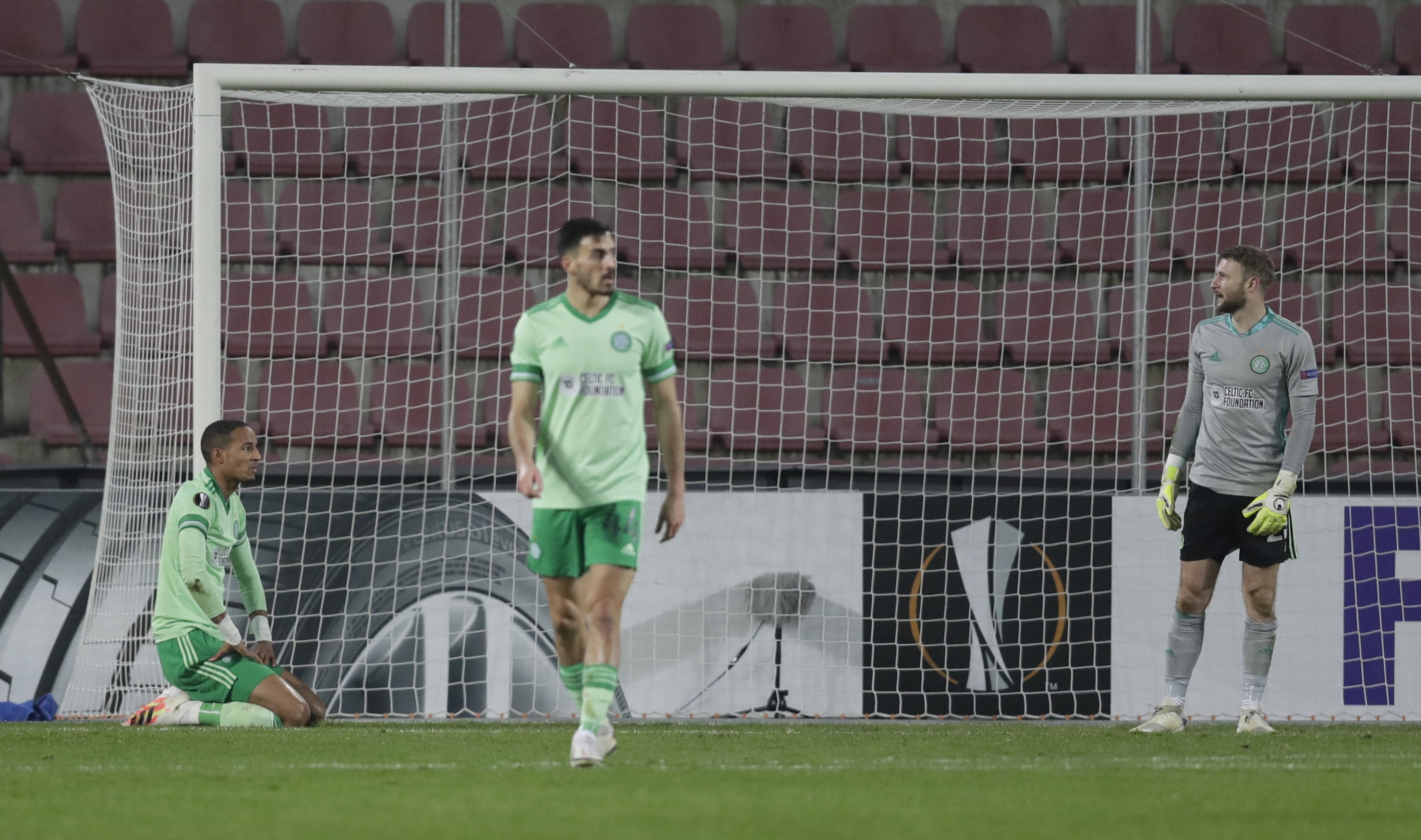 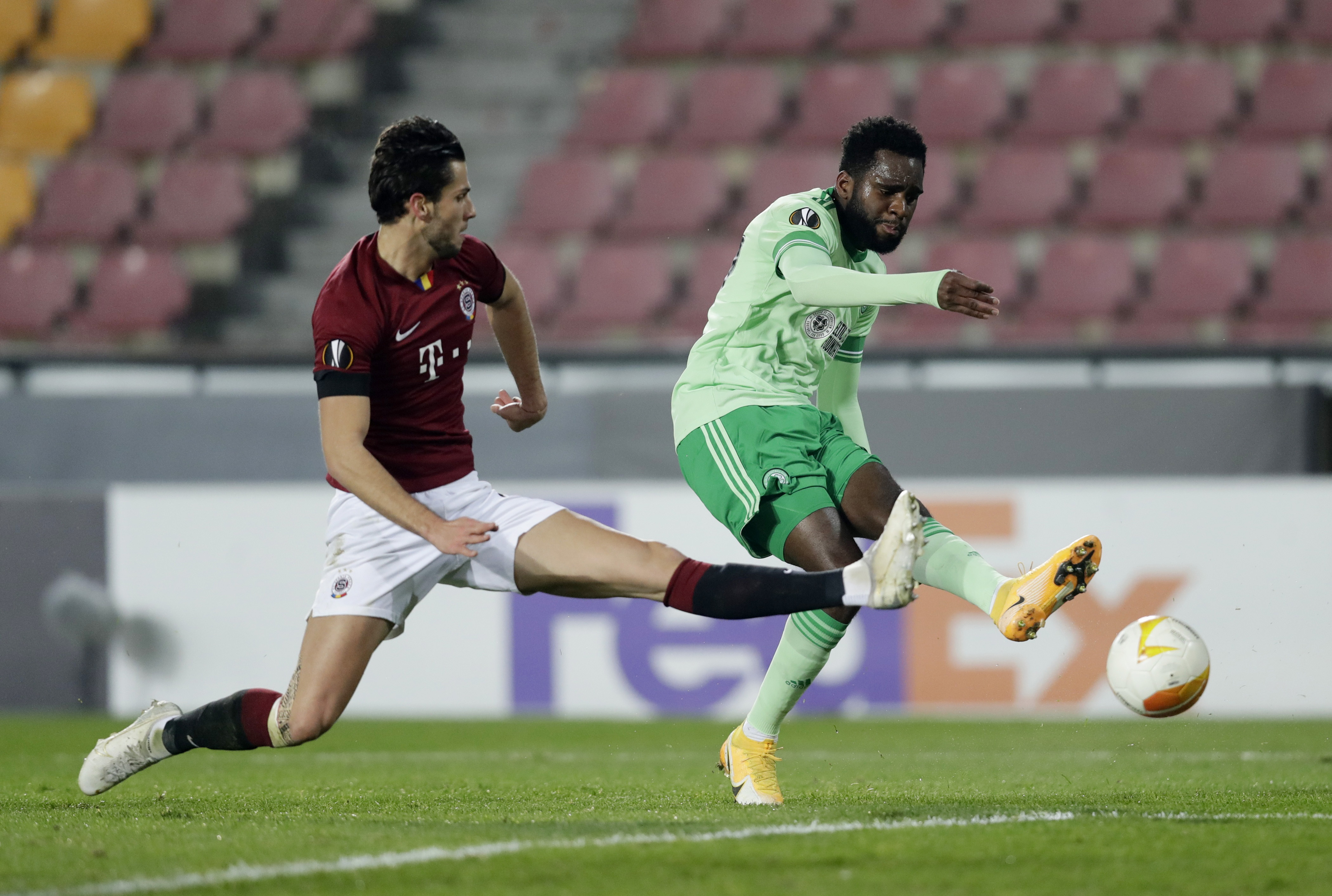 Seven minutes before half-time Sparta took the lead through a simple low cross into the box.

The ball drifted past Kristoffer Ajer and Scott Bain before Julis nipped in front of Jullien to poke home at the back post.

Seconds before the whistle it should have been THREE after Ladislav Krejci smashed a free header off the post from a free-kick.

It was a major let-off for Neil Lennon's side, who started brighter in the second-half.

Edouard went close with a dipping free-kick, while Ryan Christie flashed a curling shot just wide of the post.

Celtic were piling heavy pressure on their Czech opponents, with Sparta pinned deep inside their own half. 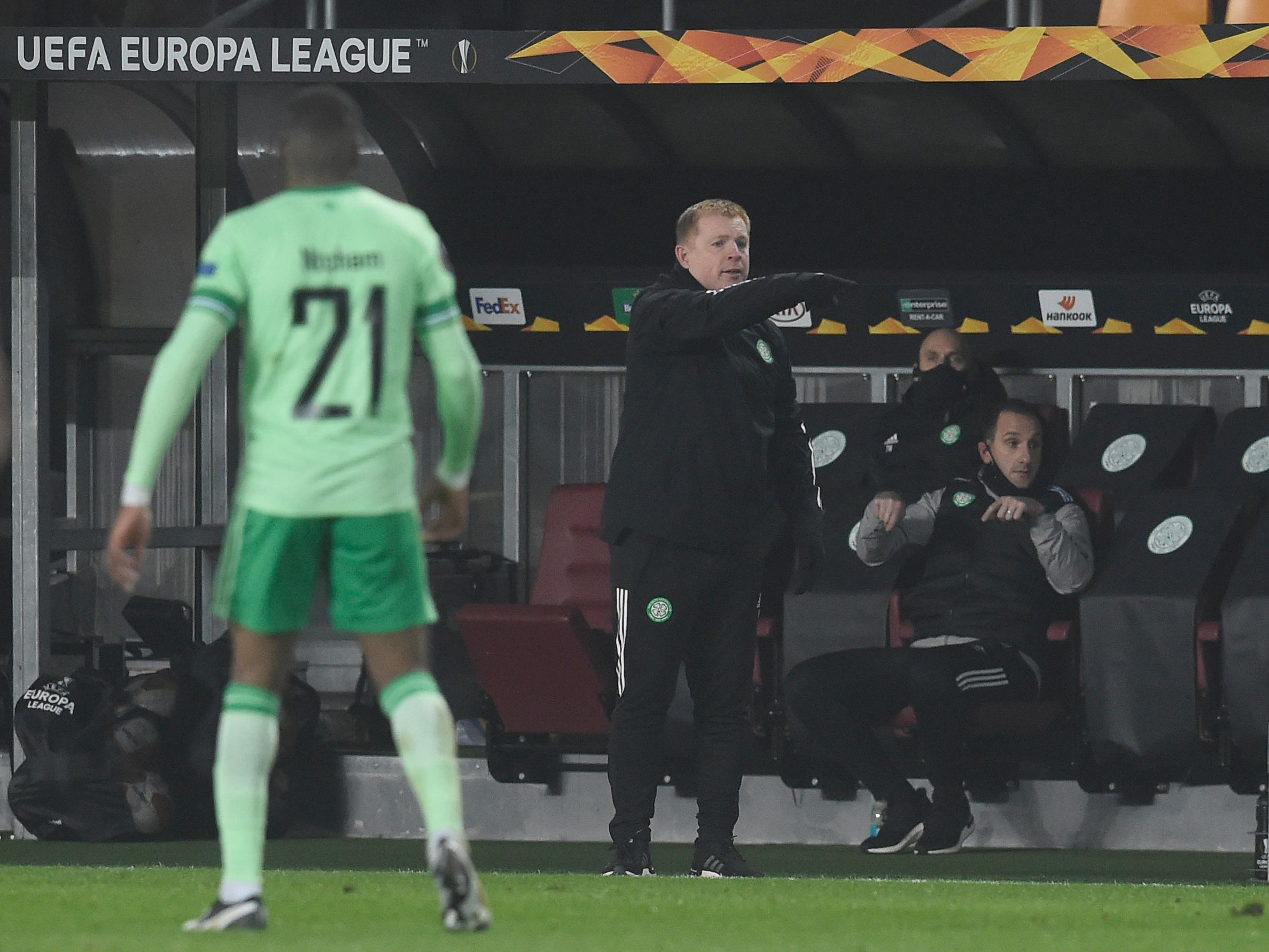 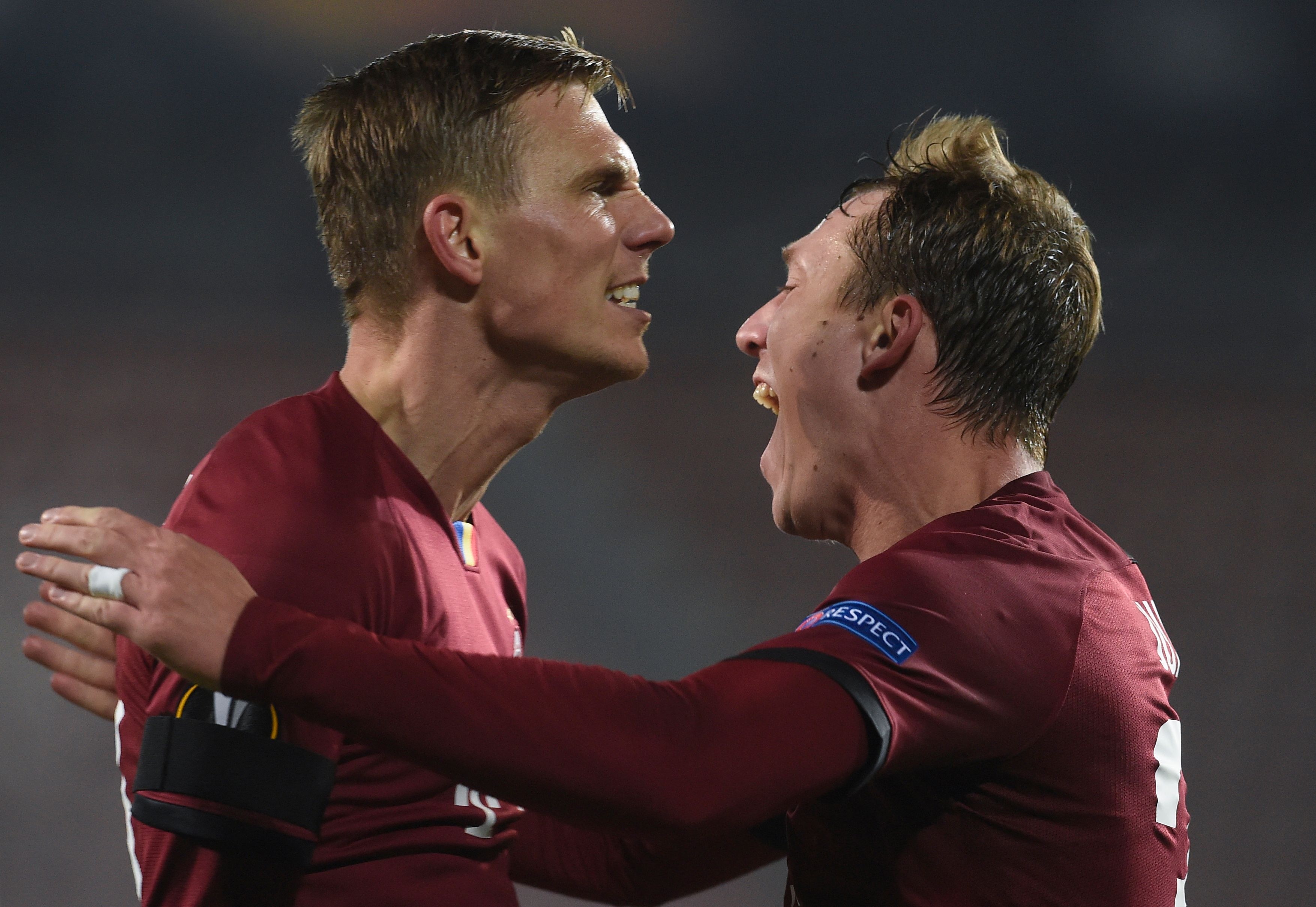 Edouard had his head in his hands with 25 minutes left as he squandered a golden opportunity to hit the leveller.

Olivier Ntcham showed great skill on the left to play the ball across the box to his fellow Frenchman.

But Edouard – usually so ice-cool in big moments – lost his balance and passed the ball into Florin Nita's hands.

Celtic deserved an equaliser but lacked a cutting edge.

And they were made to pay as Sparta made it 3-1 with a deadly counter-attack.

Julis made it FIVE goals in two games against Celtic as he got on the end of ex-Kilmarnock loanee David Karlsson's cross.

And a mistake from Scott Bain completed another embarrassing night as Srđan Plavšić rounded the keeper to make it four with the final kick of the game.