Home » Sport » Solskjaer set to take gamble on Man Utd kids Chong, Gomes and Garner for Huddersfield clash as they are pictured arriving at the Lowry

OLE GUNNAR SOLSKJAER is set to take a gamble on Manchester United's kids Tahith Chong, Angel Gomes and James Garner for the must-win clash against Huddersfield.

The Red Devils youngsters were pictured arriving with the squad at the Lowry Hotel on Saturday as the Old Trafford club bid to keep their slim top-four hopes alive. 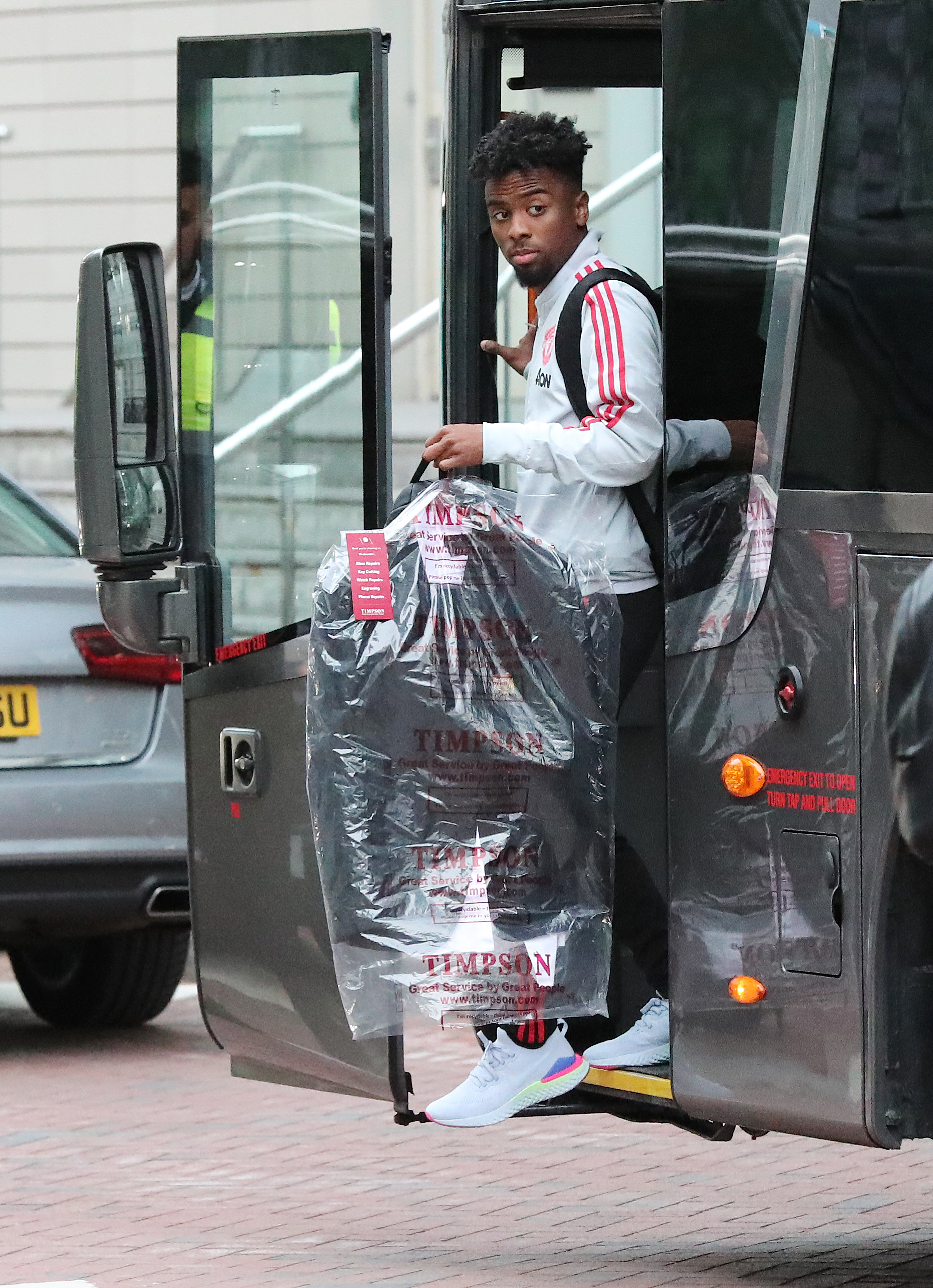 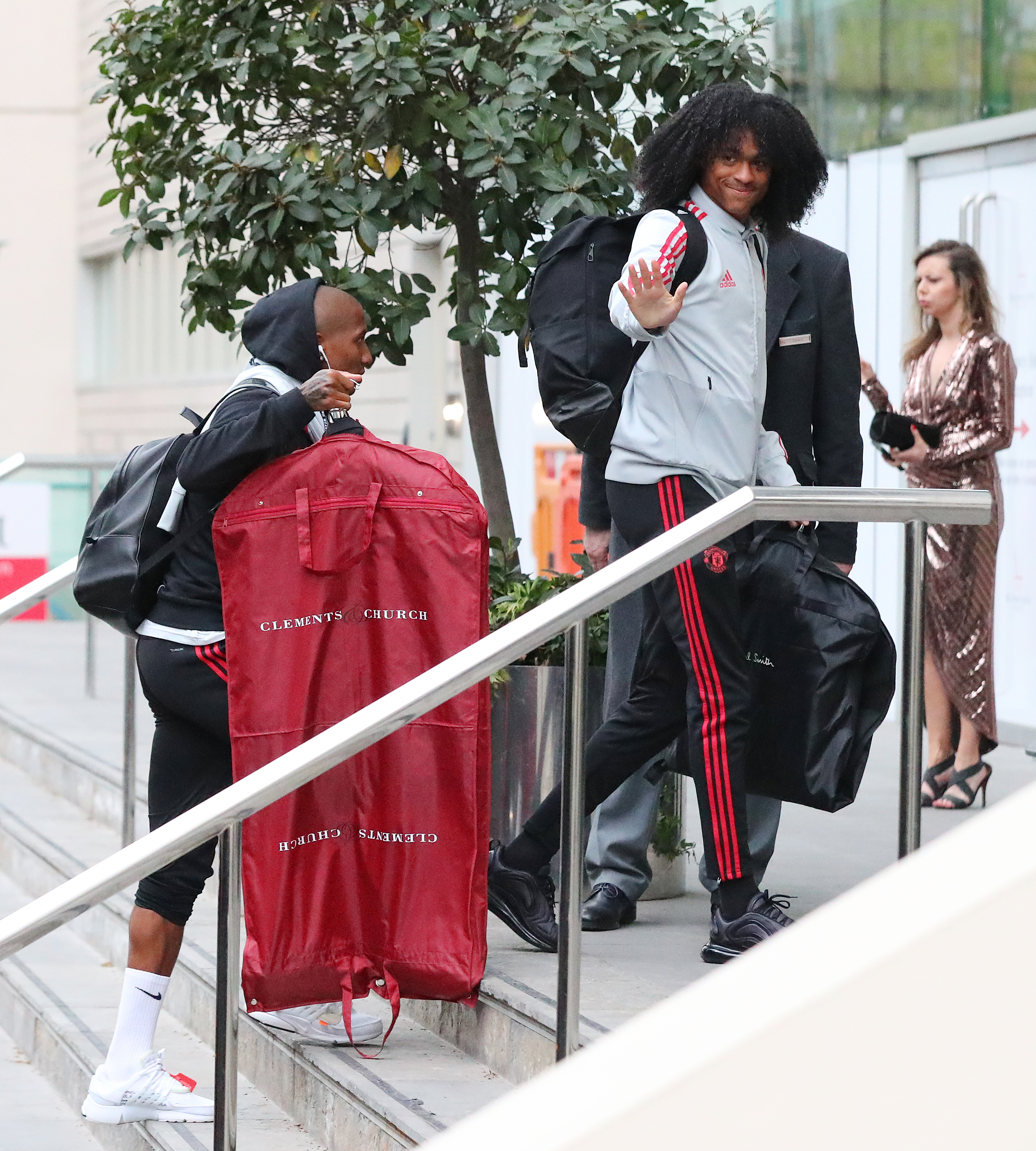 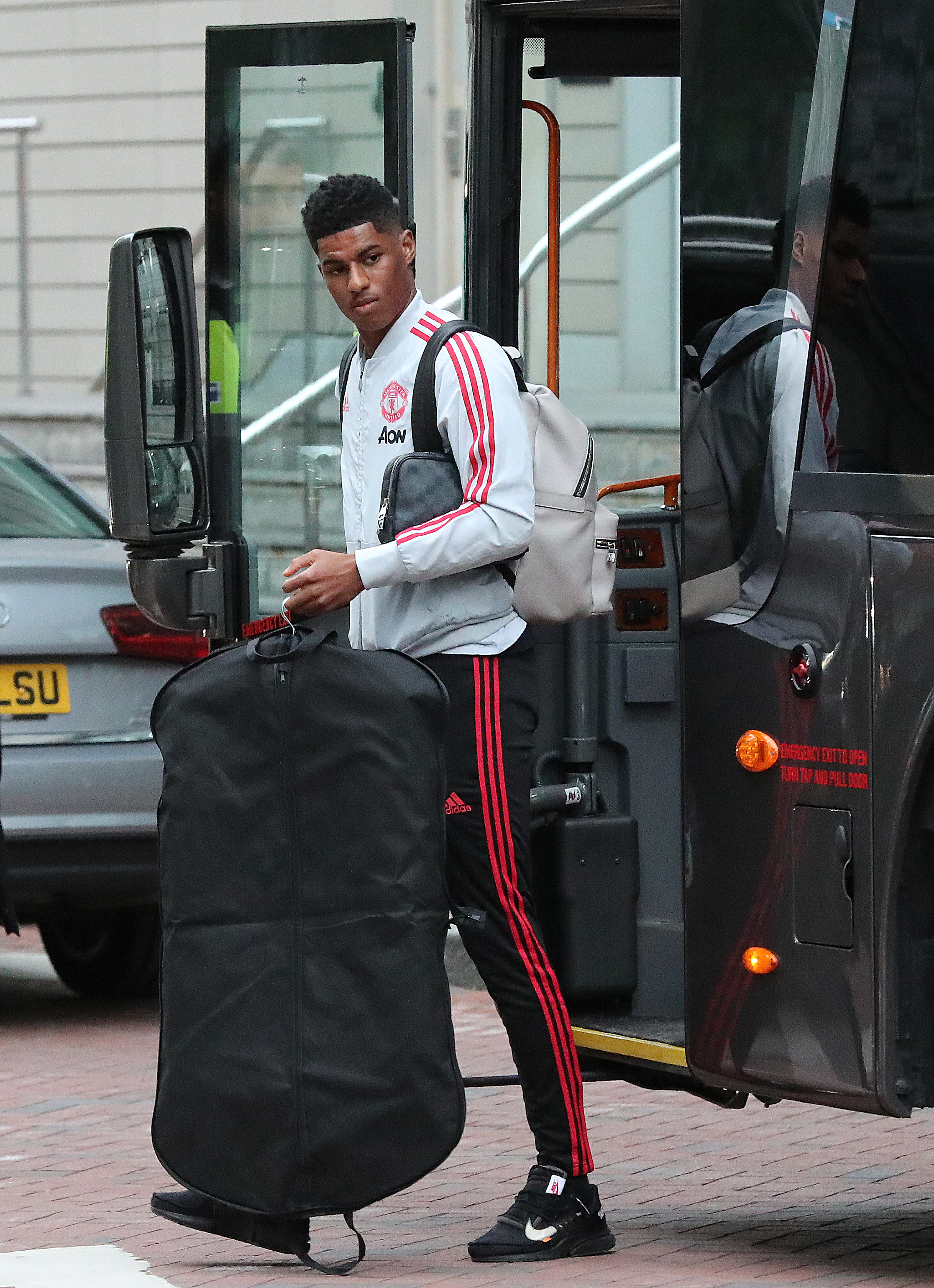 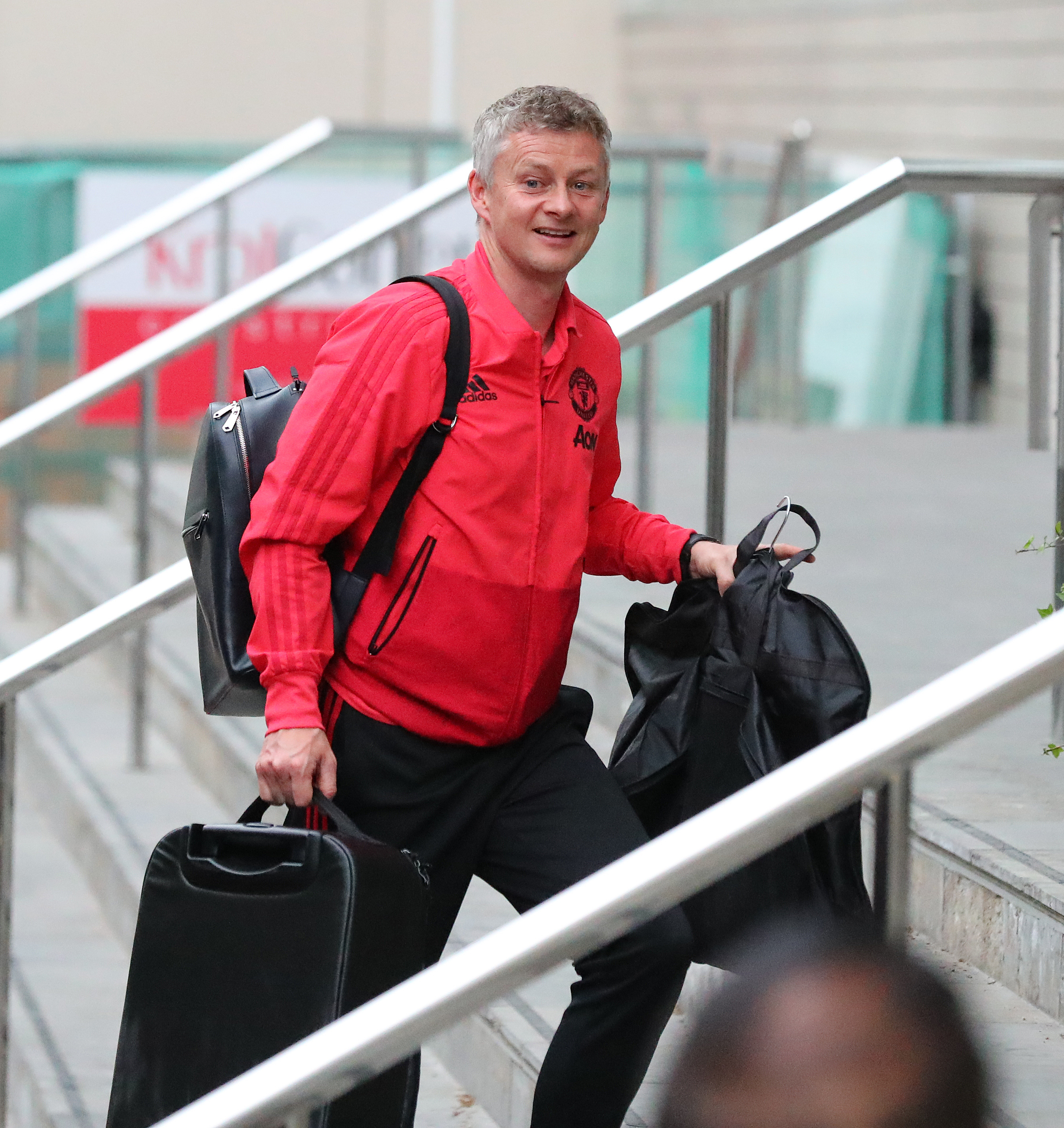 Gomes, 18, cameoed under the Norwegian in the reverse fixture on Boxing day when United ran-out 3-1 winners against the Terriers.

The attacking midfielder was also named on the bench for the Champions League round-of-16 second leg 3-1 away win at Paris Saint-Germain.

Chong, 19, emerged as a late substitute on that historic European night at the Parc des Princes and has since made three further appearances under Solskjaer's charge.

Meanwhile, Garner, 19, made his senior debut for the club in the 3-1 away win over Crystal Palace at Selhurst Park back in February.

17-year-old Mason Greenwood missed the chance to make the squad through injury but has been tipped by his manager to feature in the final game against Cardiff. 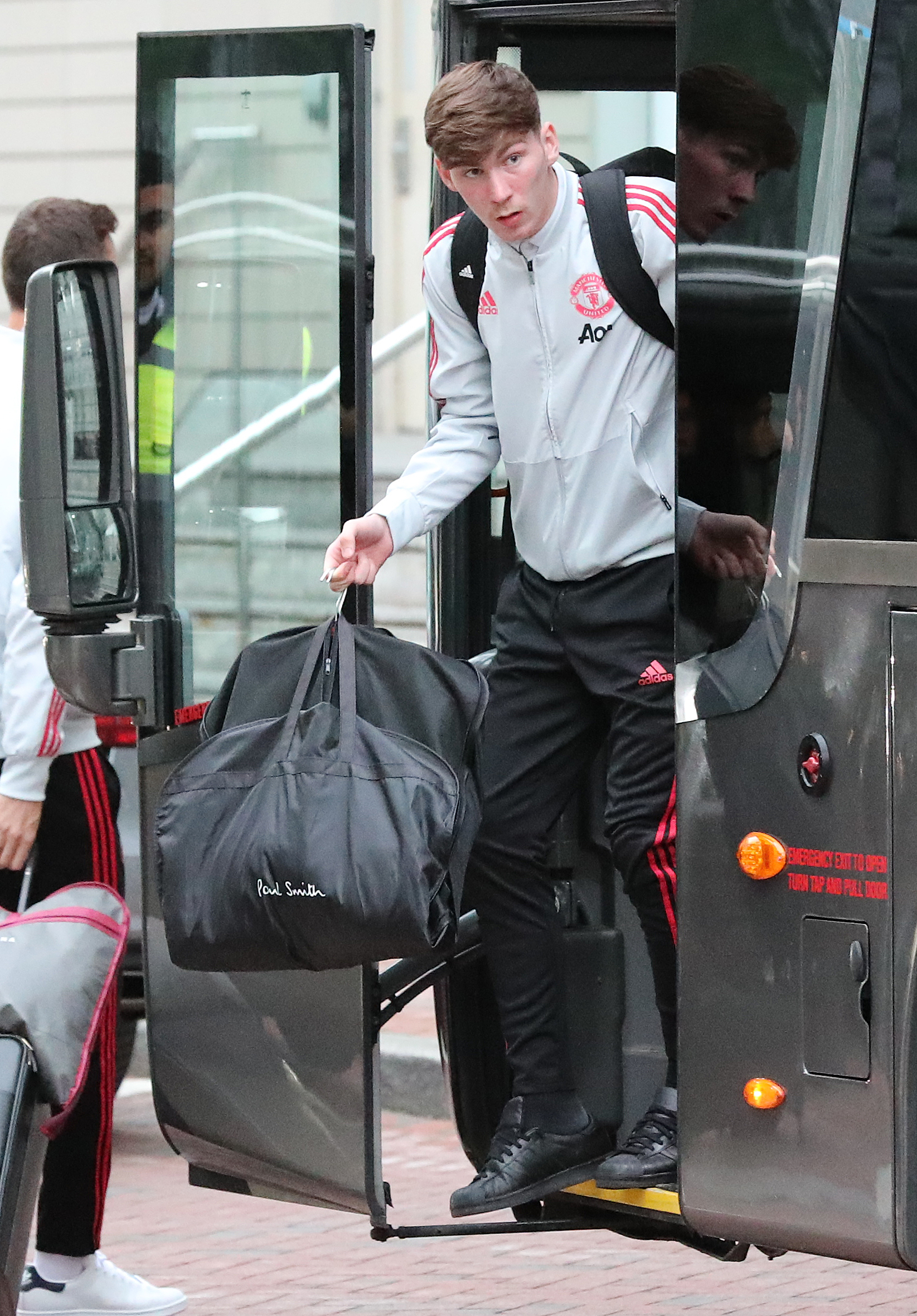 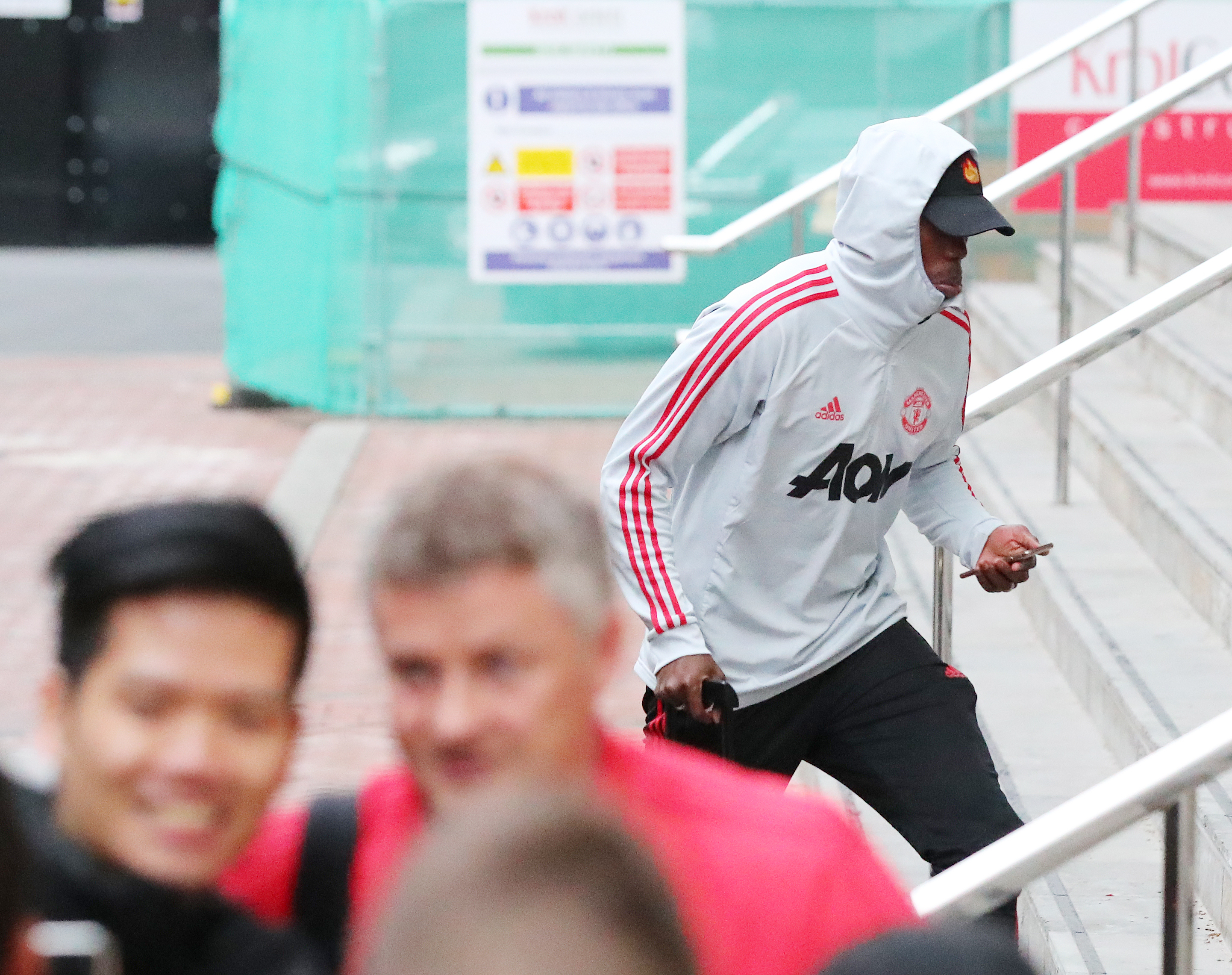 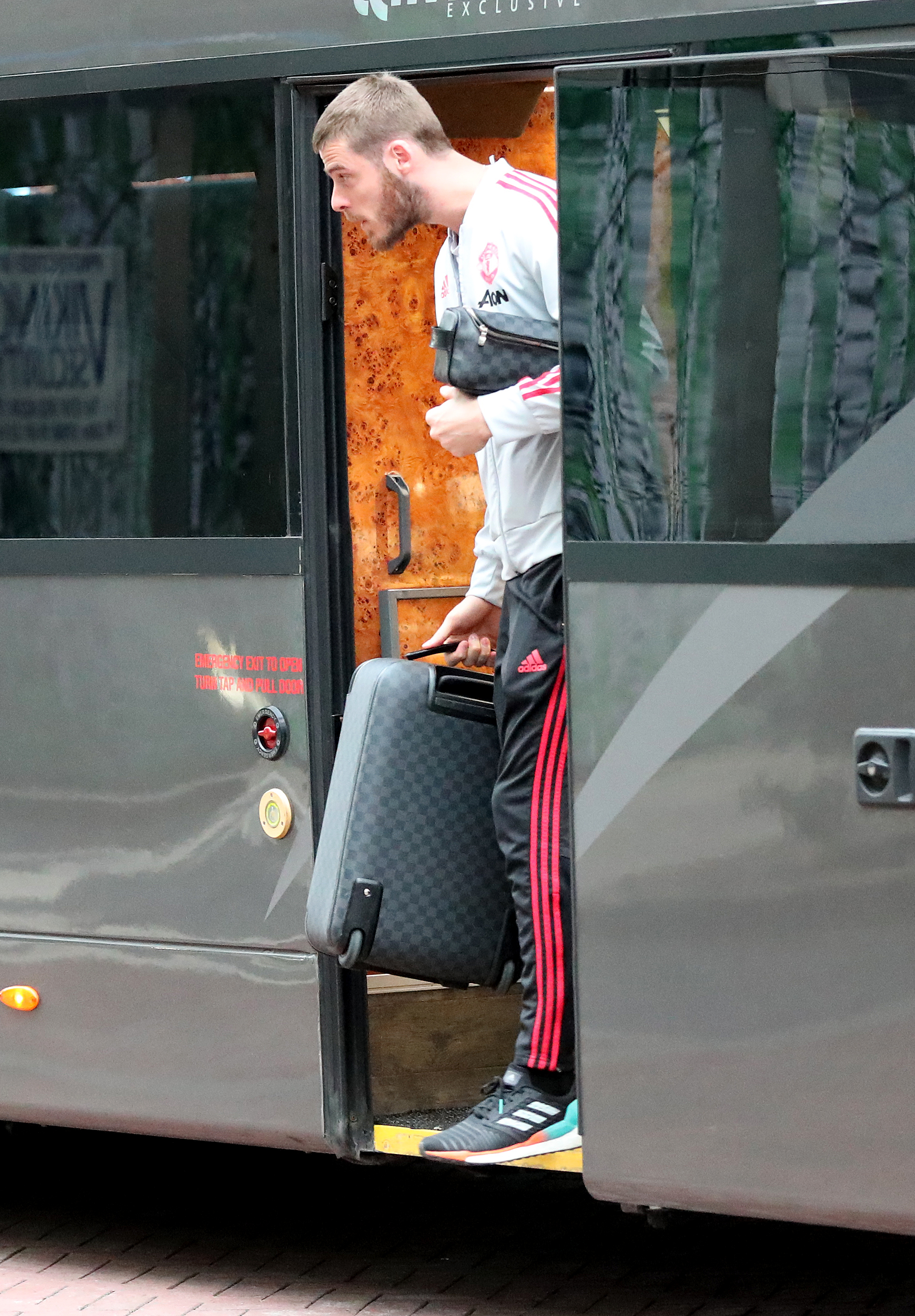 Solskjaer's side are sixth in the table behind Chelsea and Arsenal, and crashed out of the Champions League with a 4-0 aggregate loss to Barcelona last month.

United have only picked up one win in their last seven league games and the 1-1 draw with Chelsea left them three points behind the Blues with only two games remaining.

Opponents Huddersfield beat the Red Devils at the John Smith's Stadium last term, but a torrid season where they've only picked up three wins has seen them relegated.

A number of injuries to United's senior players, including Romelu Lukaku, Anthony Martial and Jesse Lingard, necessitated the starlets promotion to the first-team.

The trio did not train in midweek due to varying injuries and failed to travel with the squad that arrived at The Lowry Hotel on Saturday night. 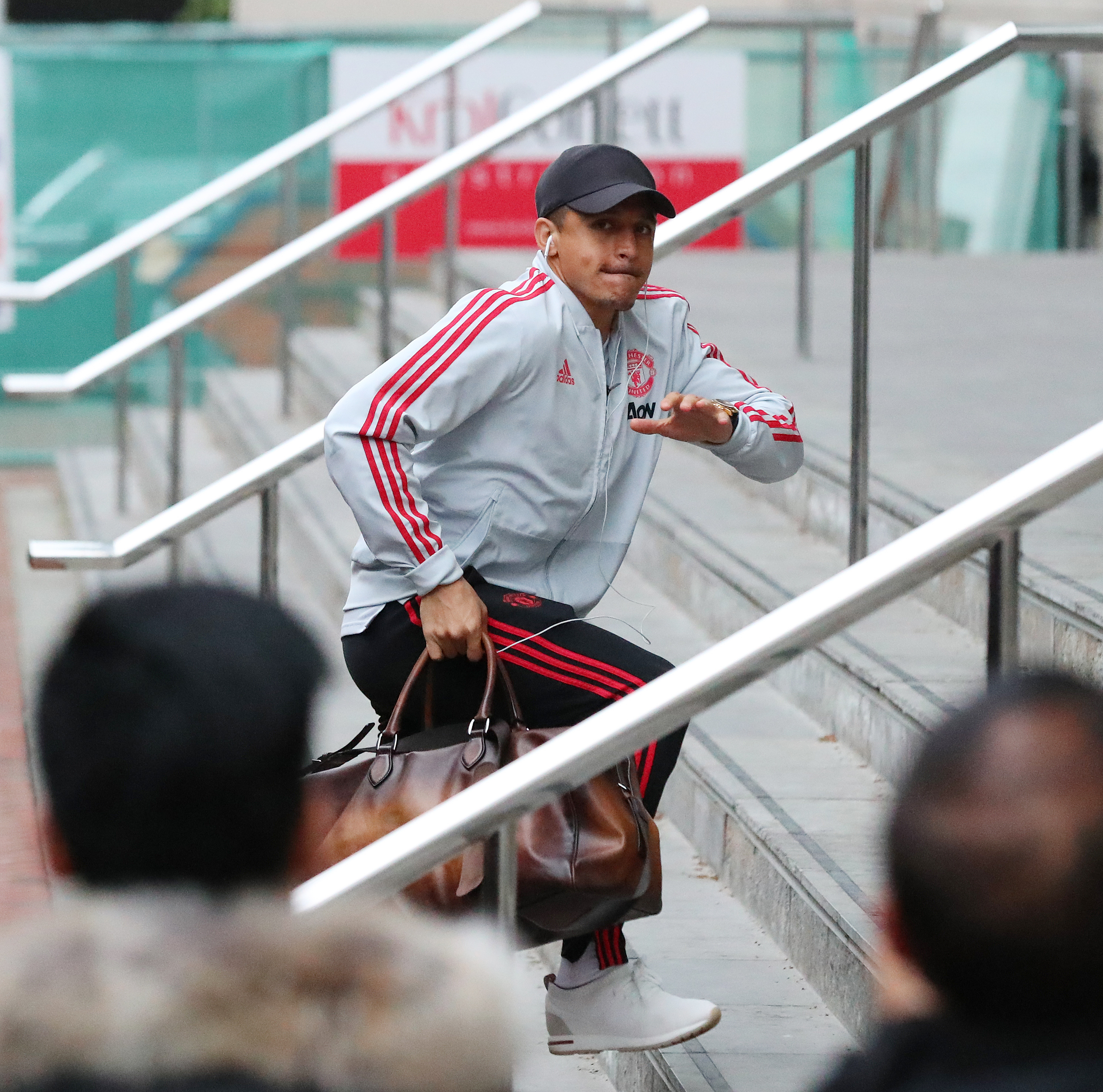 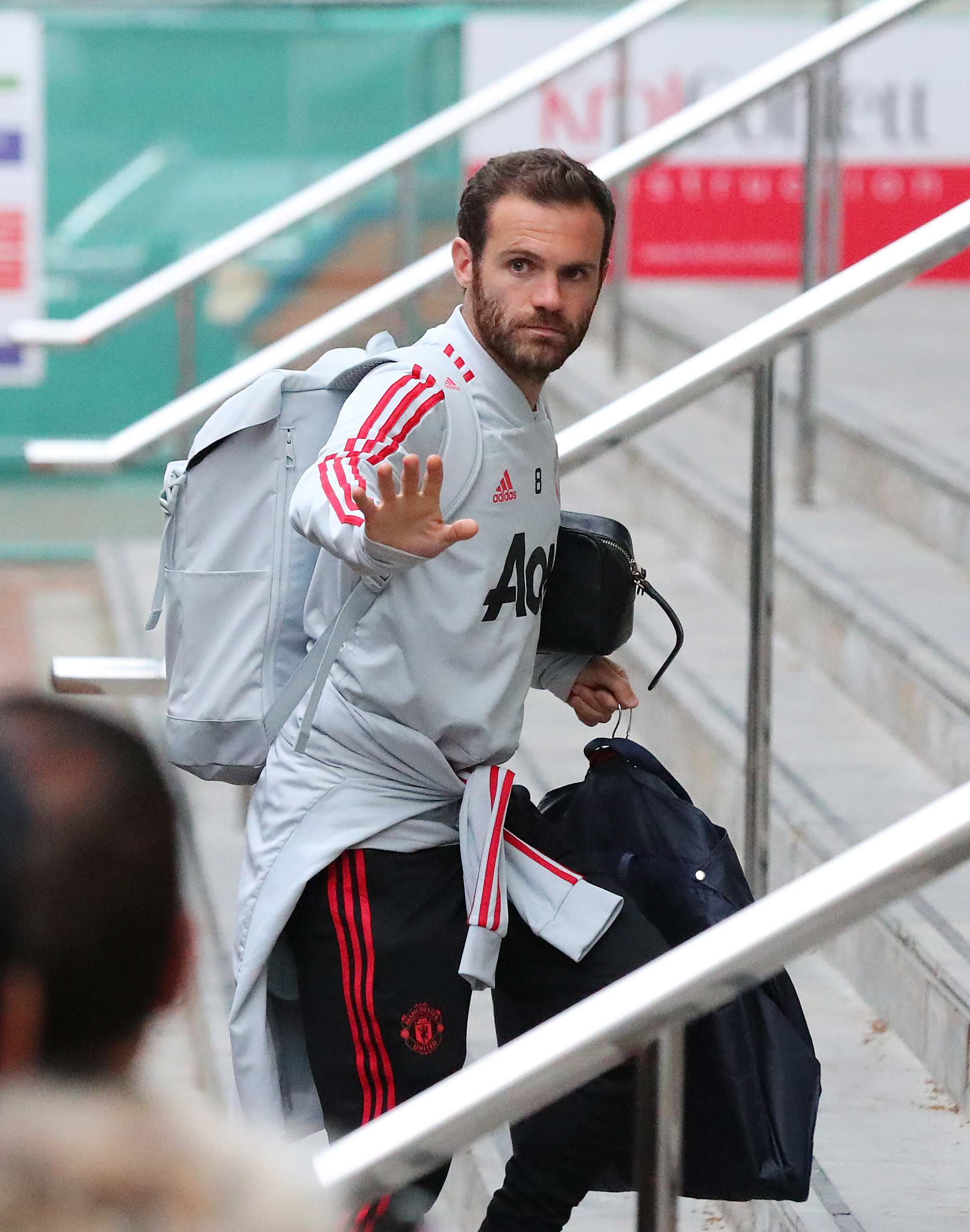 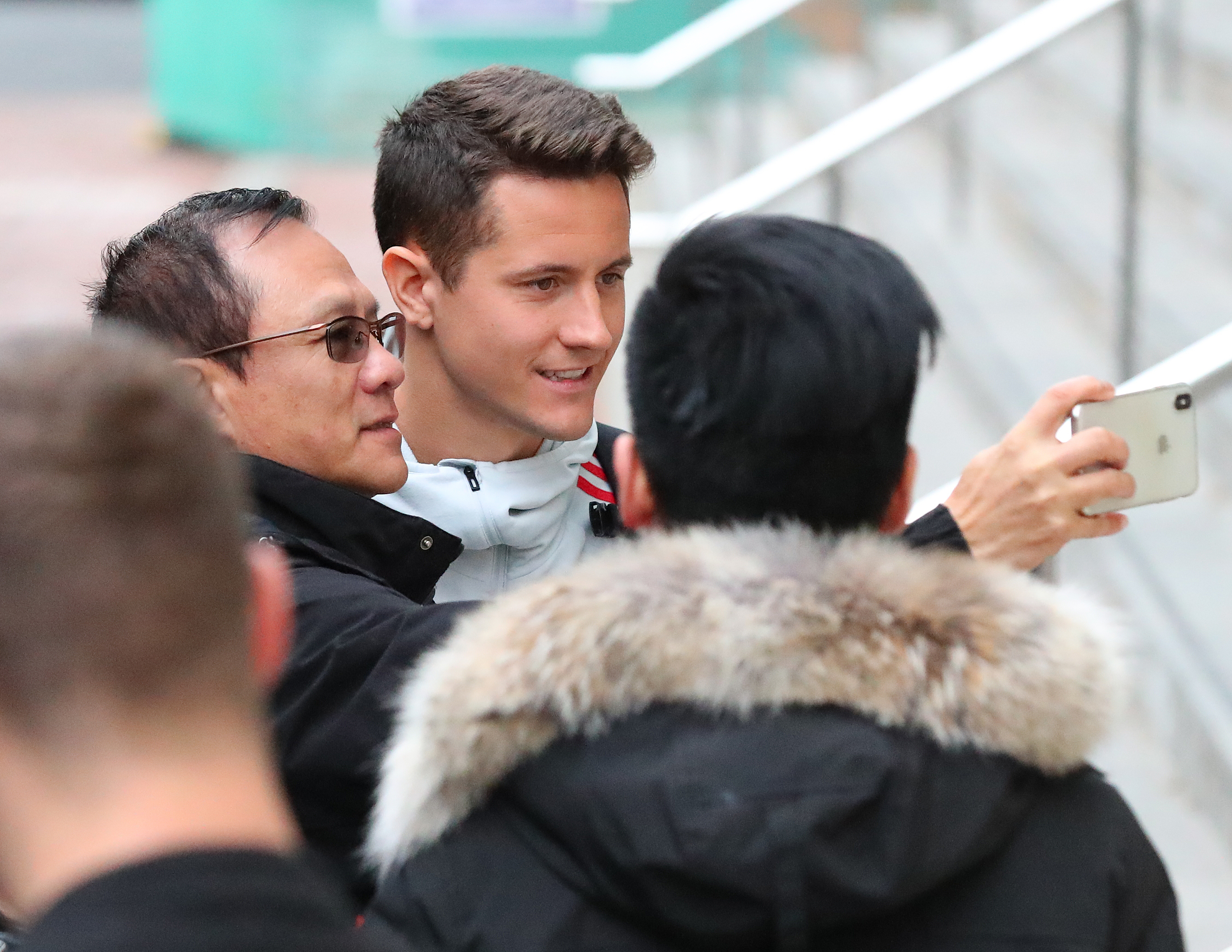 In his team news briefing on Friday, Solskjaer said: "We've got a few niggles and a few injuries, we have still got two days, today and tomorrow to see who gets on to the pitch, we missed a few last week, now they have had a week.

"It's been a strange week, no midweek games, no midweek press conference with you, but it's been a week we needed because we were disappointed after the result against Chelsea. The boys felt it was a chance gone but we're still in with a chance.

"There's a few [injured], so there is no point giving you the insides anyway, I reckon you get that from whoever you get it from anyway."

One star who was pictured with the squad was David De Gea, who has been publicly backed by his manager despite his recent bad form.

Asked if the Spaniard would play, Solskjaer said: “I’d think so, yeah. Sergio was injured so didn’t train, he tweaked his knee, but David’s been training well this week.”

“David’s been fantastic this season but towards the end now he’s been in headlines for the wrong reasons. He has to deal with that.” 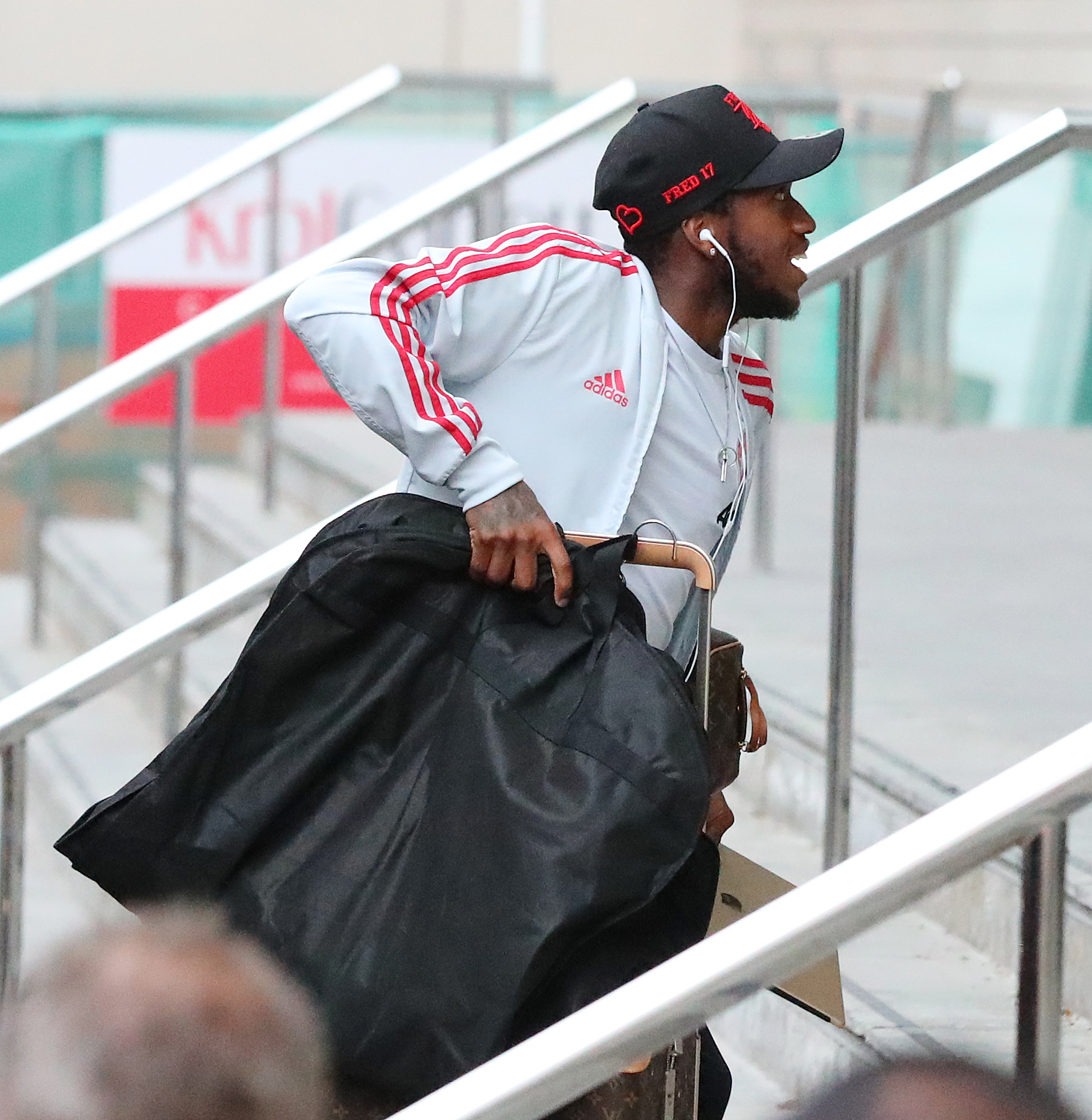 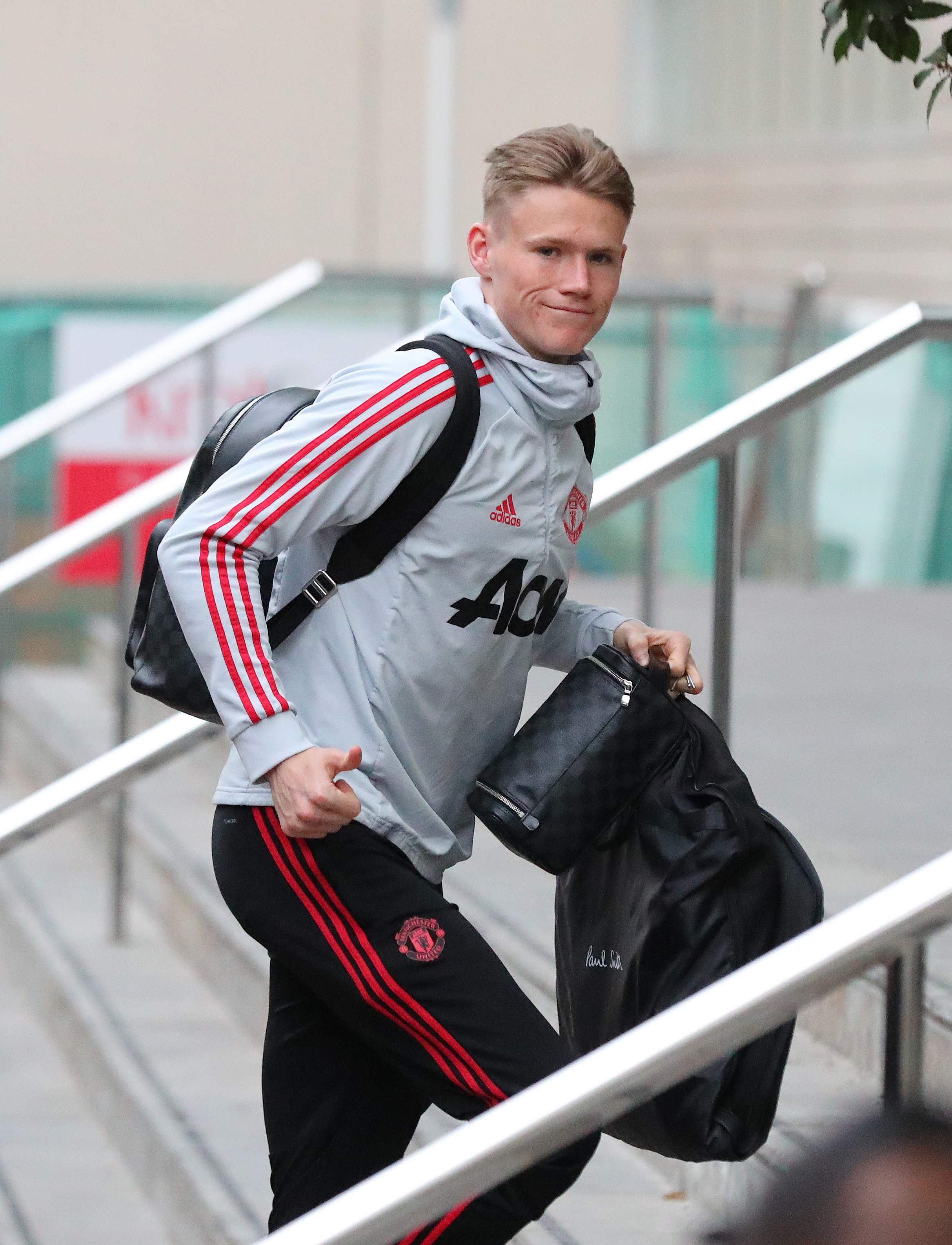 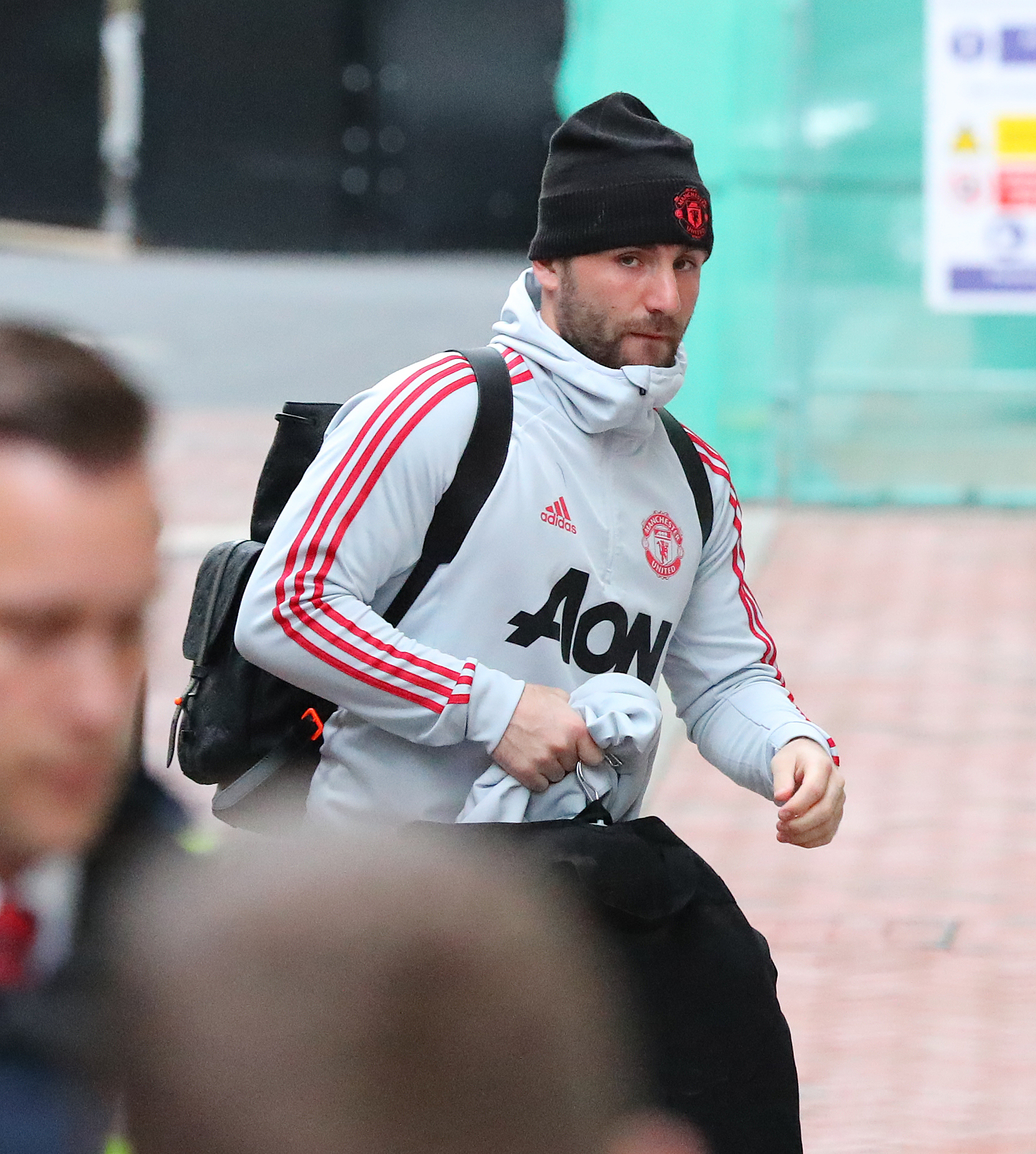 England vs Ukraine betting offer: Get England at 5/1 in huge Euro 2020 price boost