The Georgian fighter uploaded the astonishing moment he went head first into the solid surface. 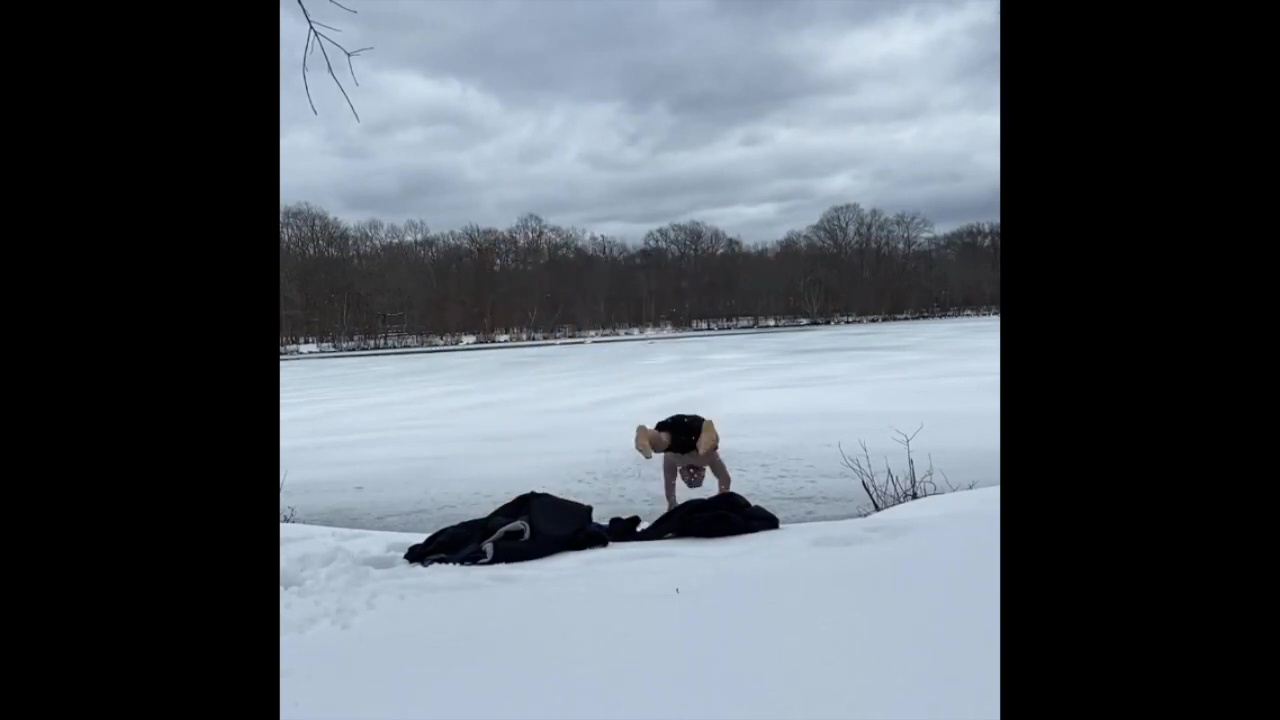 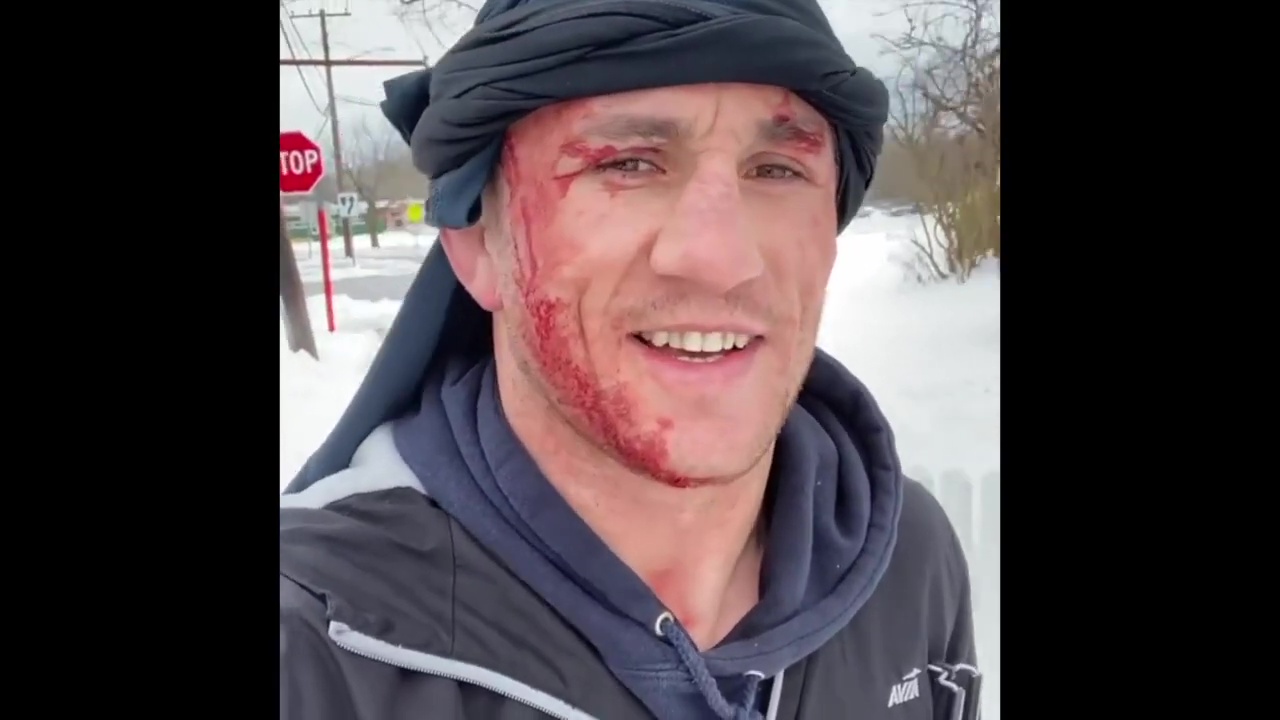 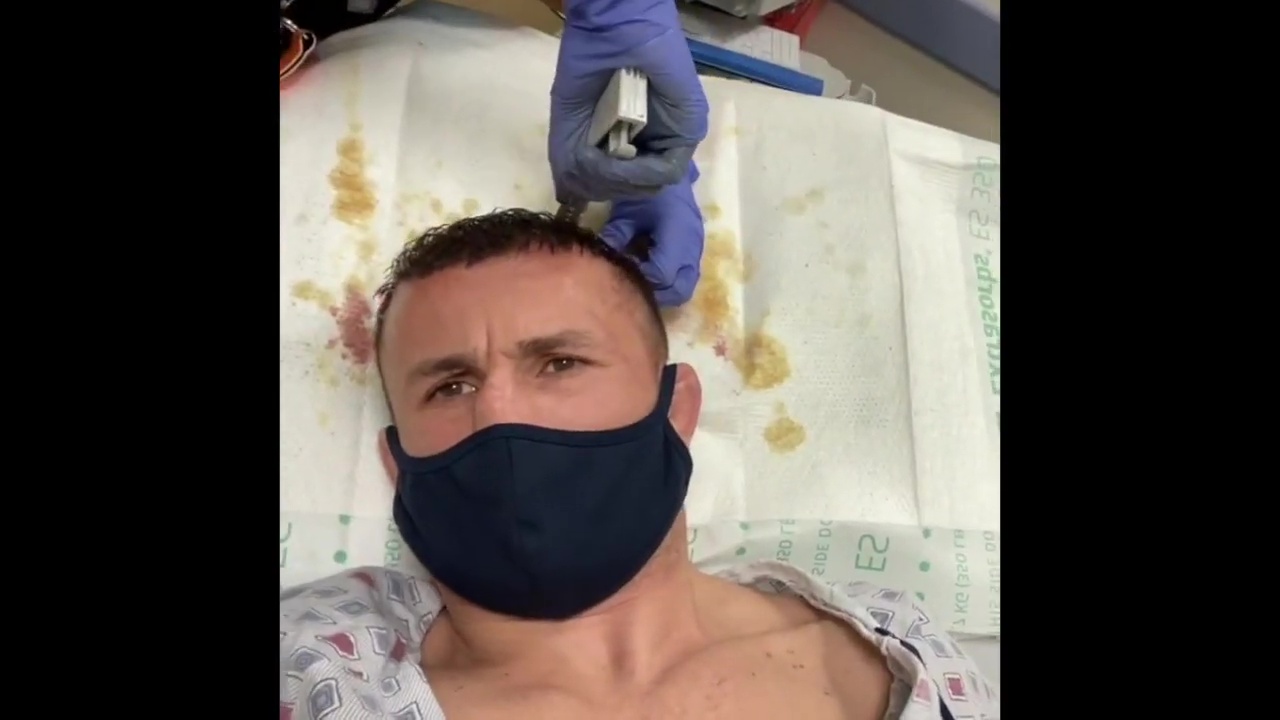 Immediately Dvalishvili realised his mistake as he rushed out of the water clutching his head.

The fighter was seen covered in blood.

Addressing the accident on Instagram, the 30-year-old revealed he needed his skin to be stapled back together in the hospital.

Dvalishvili wrote: "I thought a great day to train and run in the park. Then I saw a pond which I thought was snow and water.

"BUT it turned out to be all ice and tree branches sticking out. As soon as I broke threw the ice I felt my skin peeling off.

"BUT nothing more painful then when they stapled my skin back together!

"Its all good now … feeling great."

Dvalishvili started his MMA career in 2014 having competed in sambo and judo beforehand.

After going 7-2 on the regional scene in America, he got his big break after signing for the UFC in 2017.

But Dvalishvili got off to a rocky start having lost his first two bouts in the premier MMA promotion.

He has since turned his fortunes around, though, having won his last four on the bounce.

His biggest win to date came in August, when he outpointed UFC veteran John Dodson. 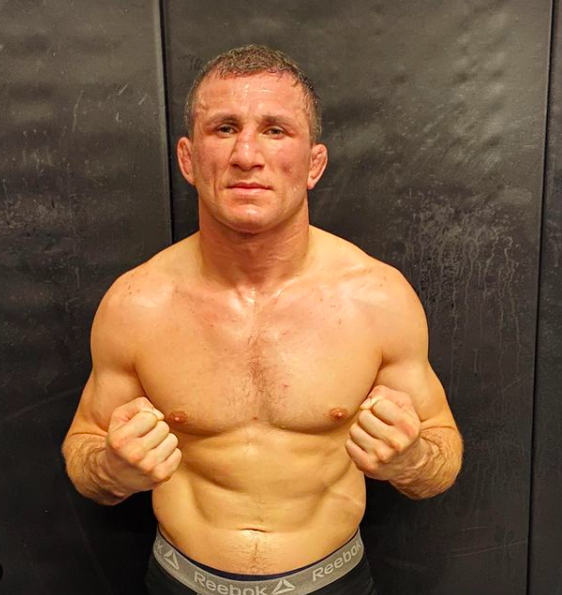