SAM CURRAN continued his remarkable switch from crock to champ with the best bowling figures for England in Twenty20 history.

Curran’s performance included bursts of three wickets in four balls and four in six as England began their World Cup campaign with a routine five-wicket win over Afghanistan. 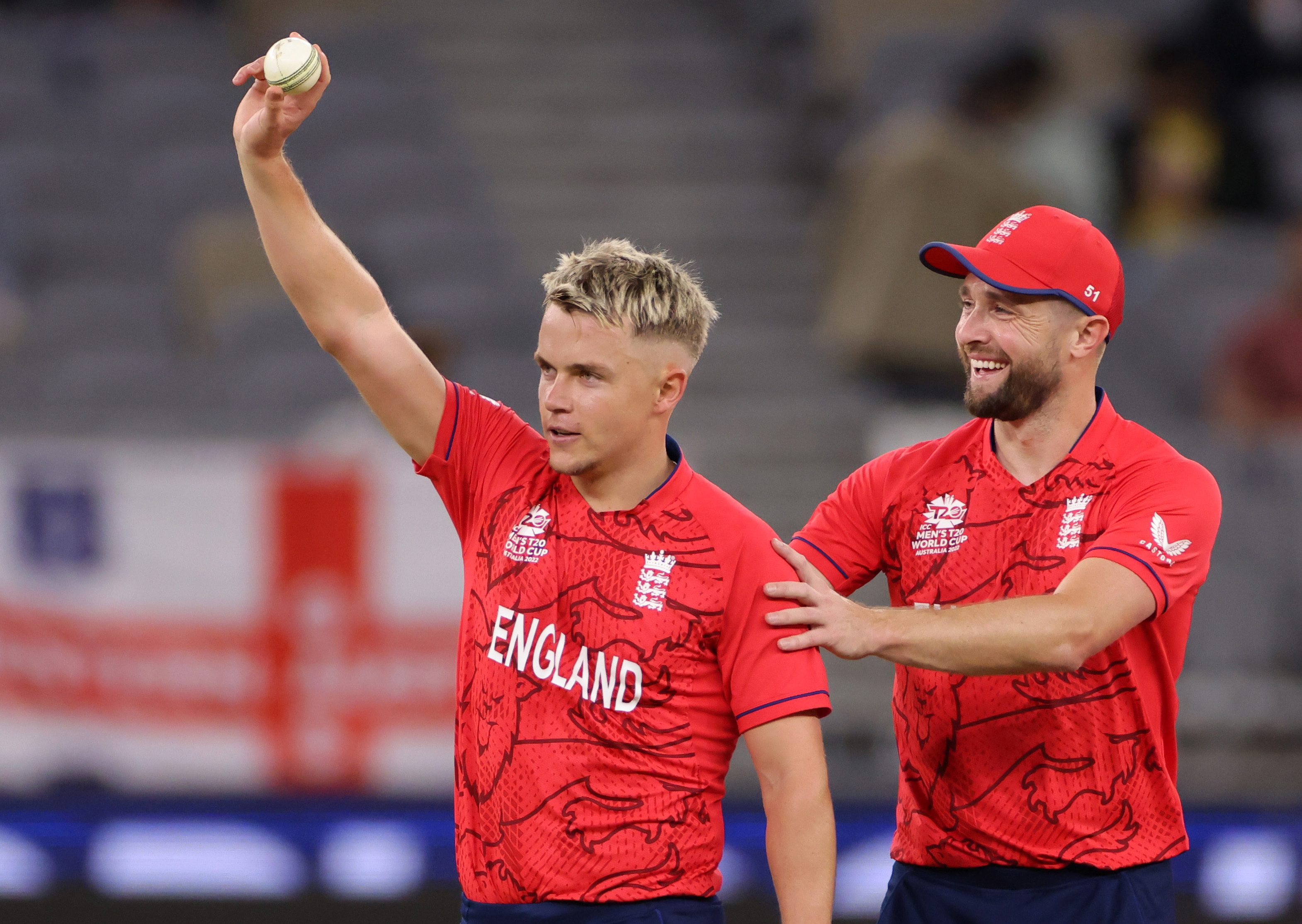 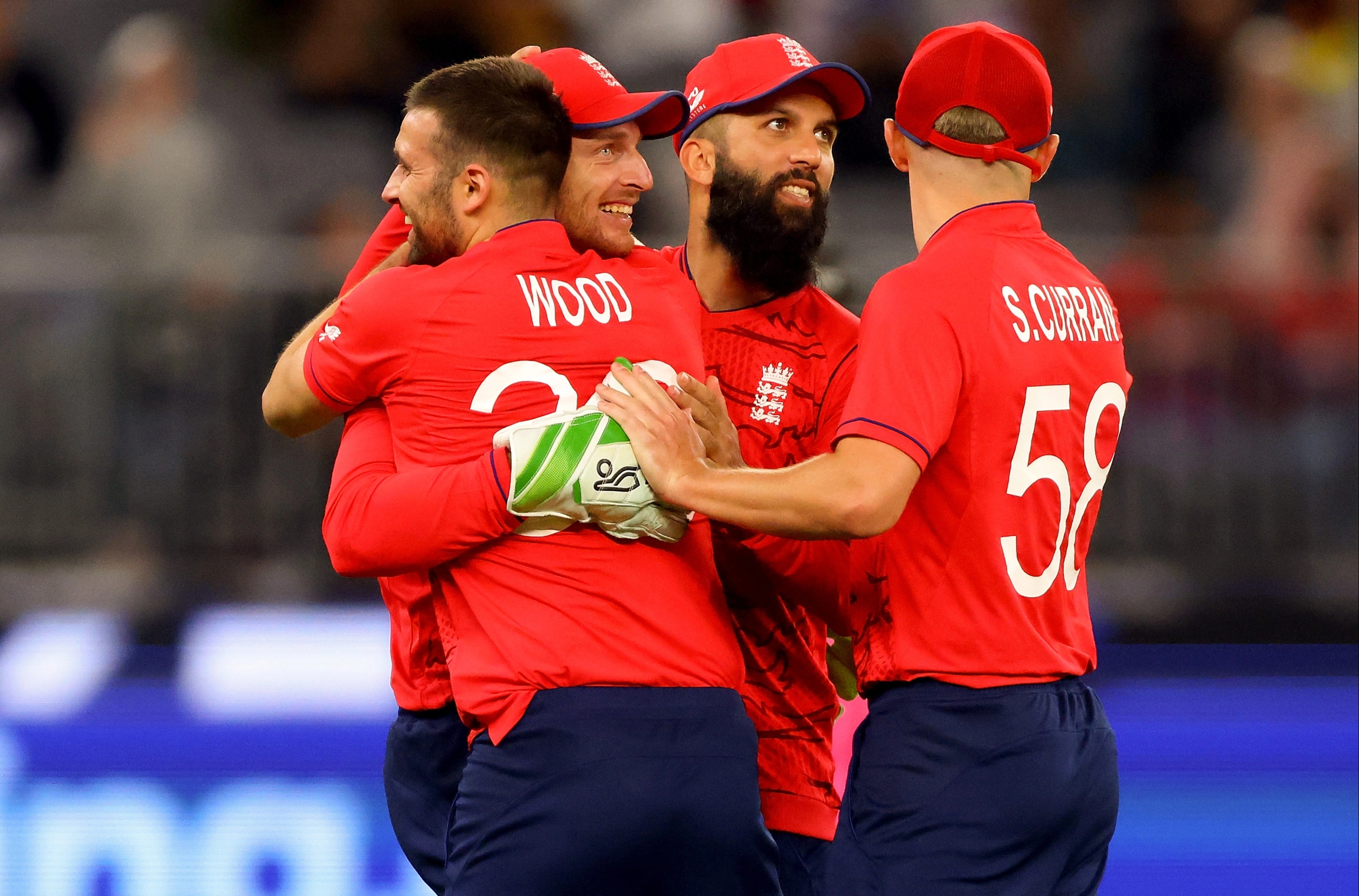 A year ago, Curran missed the previous T20 World Cup because of a stress fracture of the back and the injury continue to affect him into the summer.

But now – especially with fellow left-armer Reece Copley ruled out the tournament last week with an ankle problem – Curran has become England’s key bowler in the death overs with a string of strong performances in the warm-up series against Pakistan and Australia.

Curran can deliver a box of tricks including yorkers, bouncers and slower balls and, most of all, he has a calm and competitive head. 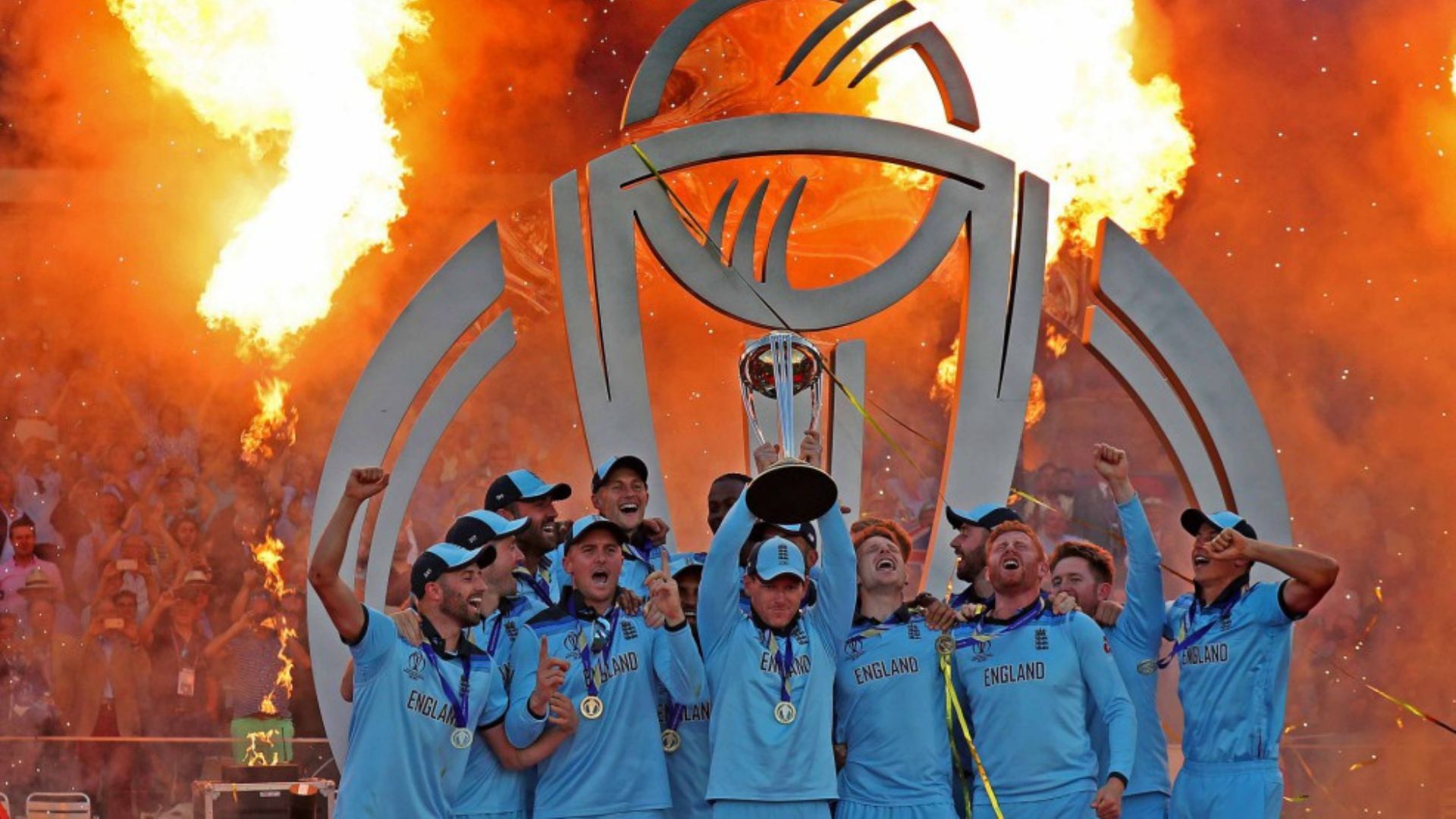 Skipper Jos Buttler said: “I think Sam has great character for that role in the closing overs.

"He thrives on the extra responsibility and enjoys the tough moments. He demands the ball, which is a great attitude.”

Curran was helped by some brilliant England fielding.

All ten Afghanistan wickets fell to catches of which Liam Livingstone, Rashid and Buttler clung onto spectacular efforts.

Livingstone ran, dived and held on at deep point, Rashid caught one over his shoulder running back at mid-off and Buttler hurled himself to his left and caught a tickle down the legside from a Mark Wood thunderbolt.

Wood took a wicket with his first delivery and bowled each of his 24 deliveries at 140kmh or faster and that’s never happened before in a four-over spell in a T20 World Cup. His average speed of 149kmh was also a record, according to data specialists CricViz.

Wood’s space will unsettle better batsmen than the Afghans in the coming weeks.

Ben Stokes opened the bowling and got through four overs in a T20 match for the first time since February 2020.

England’s run chase was stuttering and they might have tried to score more quickly and enhance their run-rate which could be crucial when the group stage of the Super 12s ends.

Livingstone, just back from an ankle injury that threatened his participation in the tournament, top-scored for England with 29 not out. 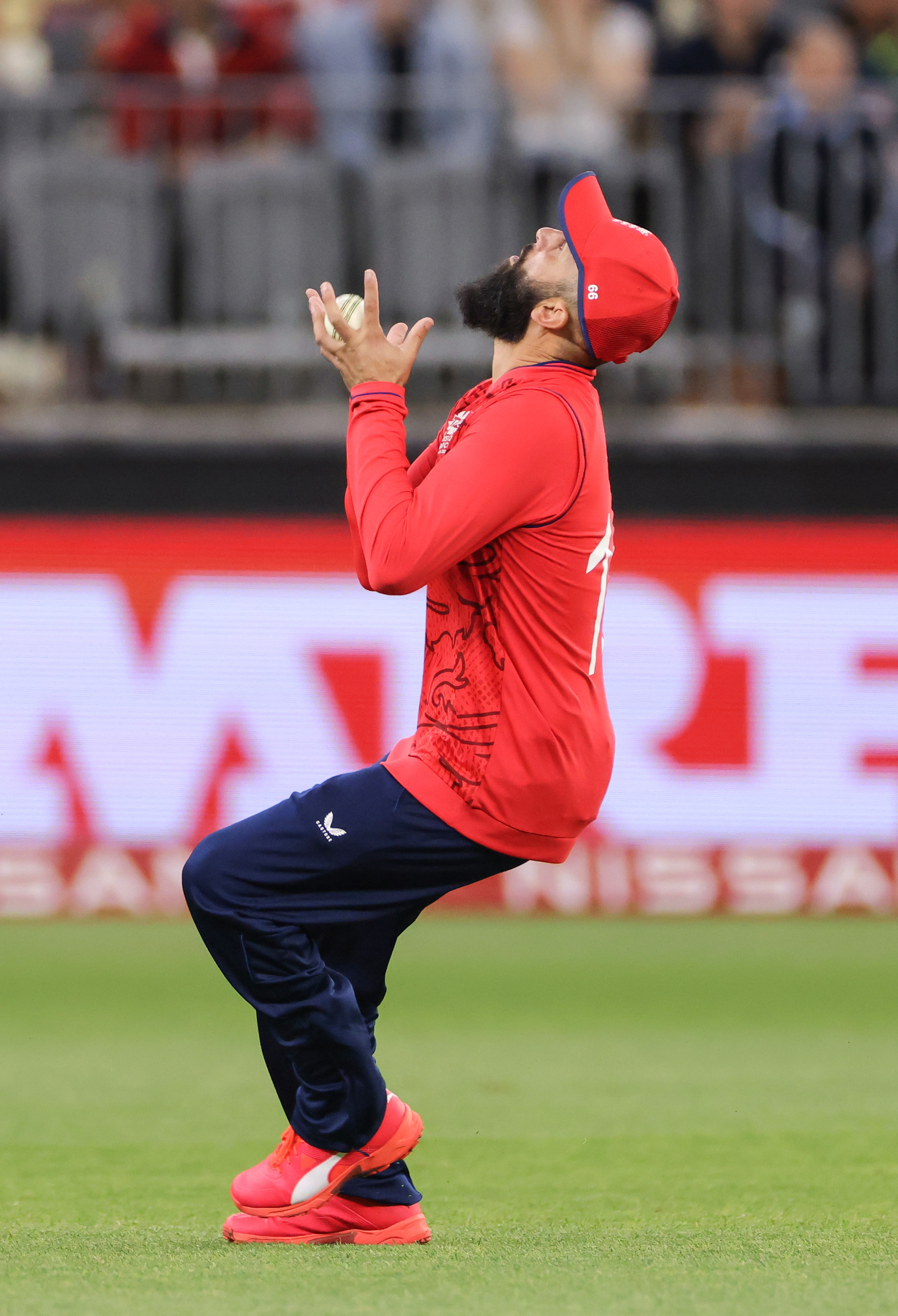 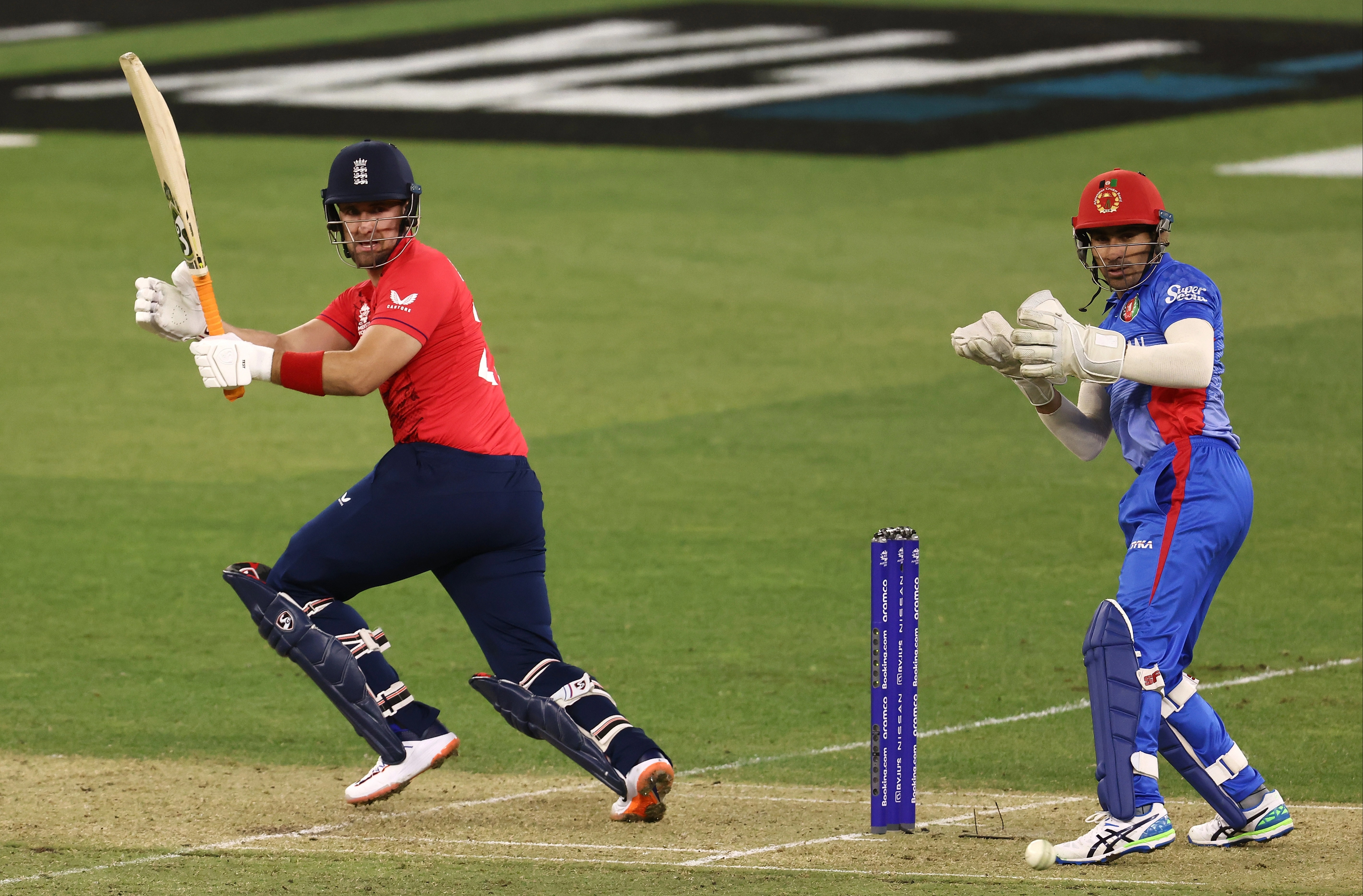 Curran revealed: “I had a chat with Jos in Pakistan and he wants me to be ready to bowl in all phases of the game. It’s about being adaptable because we have so many options in the team.

“I enjoy bowling at the death. I like taking on those tough situations at the end of an innings.

"I’m very aware there will be some days when it goes against me but hopefully I can keep taking confidence.

“We’ve been working really hard on our fielding and we know it will be a huge factor in the tournament.

"Livi started us off with that running catch in front of the Barmy Army, which was really cool. It set the standard for the rest of the innings.”

England next play Ireland on Wednesday and, if they beat Australia in Melbourne on Friday, they could virtually ensure the hosts’ early elimination from the tournament.

Here's how the drama unfolded…