THERE'S an old racing adage which claims 'the bigger the field, the bigger the certainty' and I'm banking on that being the case with one time Derby hope UNCLE BRYN in Saturday's 35-runner Cambridgeshire.

I'd love to flag up a 40-1 chance like last year's winner Majestic Dawn but I've been all over John and Thady Gosden's gelding since he quickened clear at Ascot three weeks ago and I can't see a 4lbs penalty being any problem for the likely favourite. 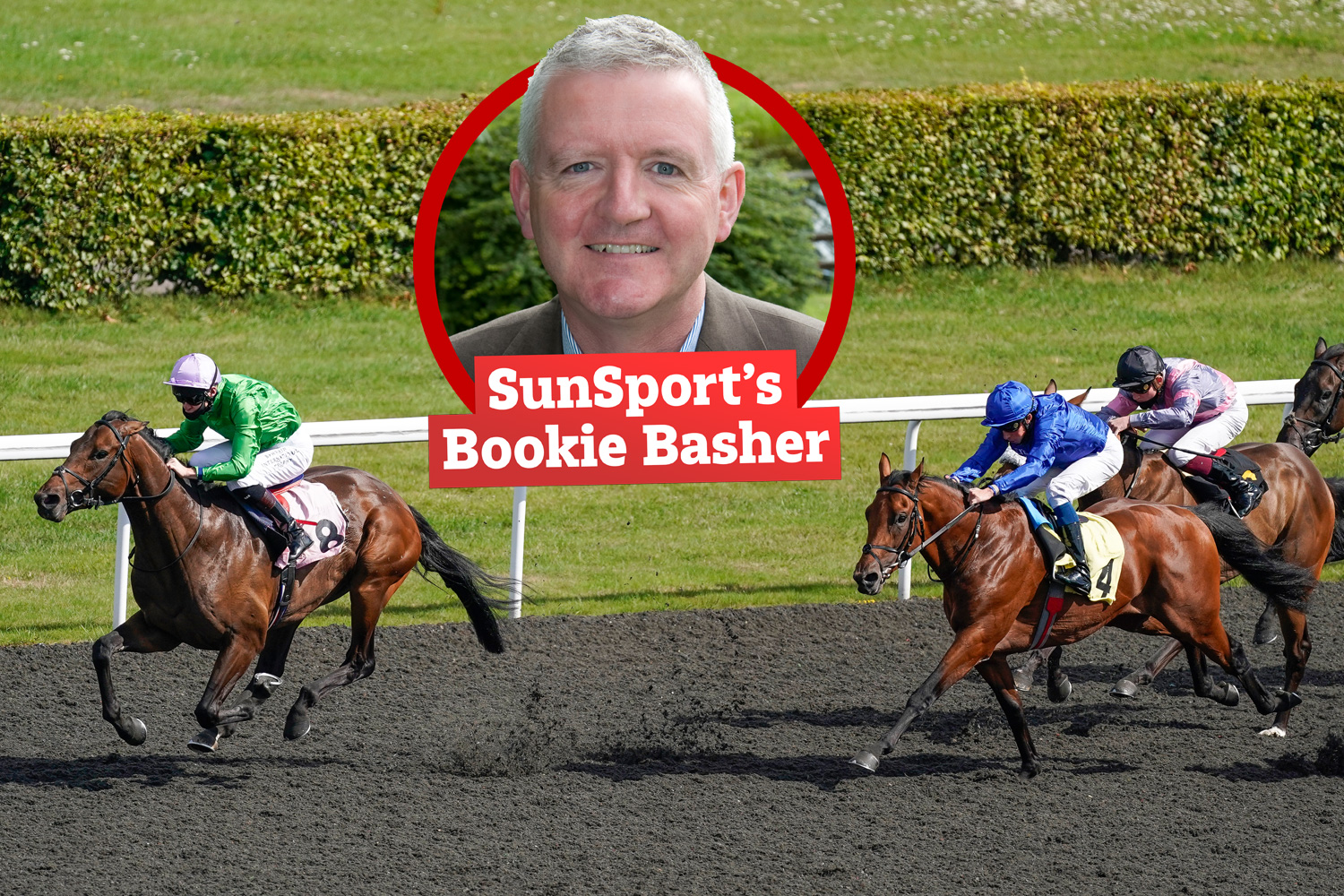 Uncle Bryn contested April's Epsom Derby Trial before finishing last behind subsequent dual Classic hero Hurricane Lane in the Dante and the handicapper tried to keep him in check after York with an opening mark of 99 at Ascot.

He's only been raised 2lbs for that eventual three quarters of a length win but Frankie Dettori had the race sewn up two furlongs out and Uncle Bryn looked to have plenty in hand at the finish.

Gosden senior has won this race four times this century and twice in the last four years, with his now globe-trotting Group 1 performer Lord North a facile winner from a mark of 98 in 2019.

Uncle Bryn has a three from five record now after easy juvenile wins at Kempton and Wolverhampton sparked last year's Derby talk and the Wolverhampton form looks highly significant now that those Classic sights have been lowered.

Four and a half lengths third Dancing King is now rated 103 after winning a Goodwood Group 3 on his latest start and the currently 101 rated Uncle Bryn was giving Mark Johnston's horse 7lbs at Wolves.

The weights and measures also tell us that Keith Dalgleish's Chichester is thrown in here with a 4lbs penalty for last Thursday's win at Ayr but, despite tipping the four-year-old to win at 6-1 here last Thursday, I'm not so keen on his chances this weekend.

A new rating of 100 puts him 8lbs 'well-in' for the Cambridgeshire but his price has collapsed as a result and he was much better value at half of his current 12-1 when he scored a week ago.

Uncle Bryn looks like a three-year-old which found the Classic rush all too much in the spring but the Gosden team have brought him back to the form he showed last autumn and Dettori can add a fourth Cambridgeshire to his big-race haul a mere 27 years after Halling gave him his first.

Jessie Harrington's horses have been in sensational form in Ireland over the past few weeks and the trainer can make a successful raid on Newmarket tomorrow with improving filly FORBEARANCE in the Group 3 Princess Royal Stakes.

Hollie Doyle stood in for Shane Foley when the four-year-old won at York last month but the stable jockey was back on board when Forbearance went down in a finish of heads and necks at Leopardstown afterwards and this looks easier.

Doyle won't complain about making way as she has an excellent book of rides on Friday with unbeaten JUMBLY getting my vote in the Rockfel Stakes at 3.00 before GLEN ESK carries the money in a 4.40 race which has cut up badly enough to give Chris Wall's four-year-old a serious chance.

Betfair – Bet £10 on Race 1 at Newmarket, Thu 23 Sep. Get £10 free bet for each of the remaining Thu Newmarket races (£70 in total). Only deposits with Cards and Apple Pay apply. T&C apply. 18+ BeGambleAware.Org

Paddy Power: New customers only. Place your FIRST bet on any sportsbook market and if it loses we will refund your stake in CASH. Max refund for this offer is £20. Only deposits made using Cards or Apple Pay will qualify for this promotion. T&Cs apply. 18+ BeGambleAware.Org

There's an excellent Friday card at York as well and EMERATY HERO can take the two-miler at 4.25 after just failing to complete the hat-trick at Haydock 12 days ago.

Jockey Sam James looked to be riding the horse to get the trip on that first venture over two miles but he looked to bump into an improver that day anyway.

Tomorrow's 6lbs higher mark might sow enough doubt to get us a better price.

SIBAAQ will be heading to the sales for the Hamdan Al Maktoum dispersal and the Mark Johnston trained three-year-old can boost his value by winning Haydock's 4.20 tomorrow after a month off since flopping at Redcar.

Christophe Soumillon will be chasing a third Arc de Triomphe win on Tarnawa next Sunday and the Belgian can warm-up for Paris by steering PERFECT POWER to Group 1 success on Saturday.

Richard Fahey's colt won his maiden at Hamilton before landing a Group 2 at Ascot and last month's Group 1 win at Deauville suggests he can add Newmarket's Middle Park Stakes at 3.0

NAYEF ROAD has been mixing it with the very best of the staying horses for over two years now and Mark Johnston's five-year-old should appreciate the big drop in class at Newmarket today.

Andrea Atzeni coaxed him to his best run of the season behind Stradivarius at York last time and Thursday's Listed race at 3.20 really should be his for the taking if anywhere near his best.

The Harvest Festival meeting reverts to the Flat after yesterday's Kerry National and trainer for all seasons Joseph O'Brien can land the highlight at 4.35 with a handicap debutant.

Monty's Way broke his maiden by beating a decent yardstick at Roscommon 3 weeks ago and an opening mark of 80 could be a gift around this similarly tight mile and a half from a good draw.

The three-year-old's the only runner from O'Brien's 4 original entries and 5lbs claimer Mikey Sheehy retains the ride with the trainer adding cheekpieces to the horse's equipment for the first time.