NEWCASTLE boss Steve Bruce is still favourite to be the next manager sacked in the Premier League.

The Toon are firmly entrenched in a relegation battle having collected just two wins from their last 16 top-flight fixtures. 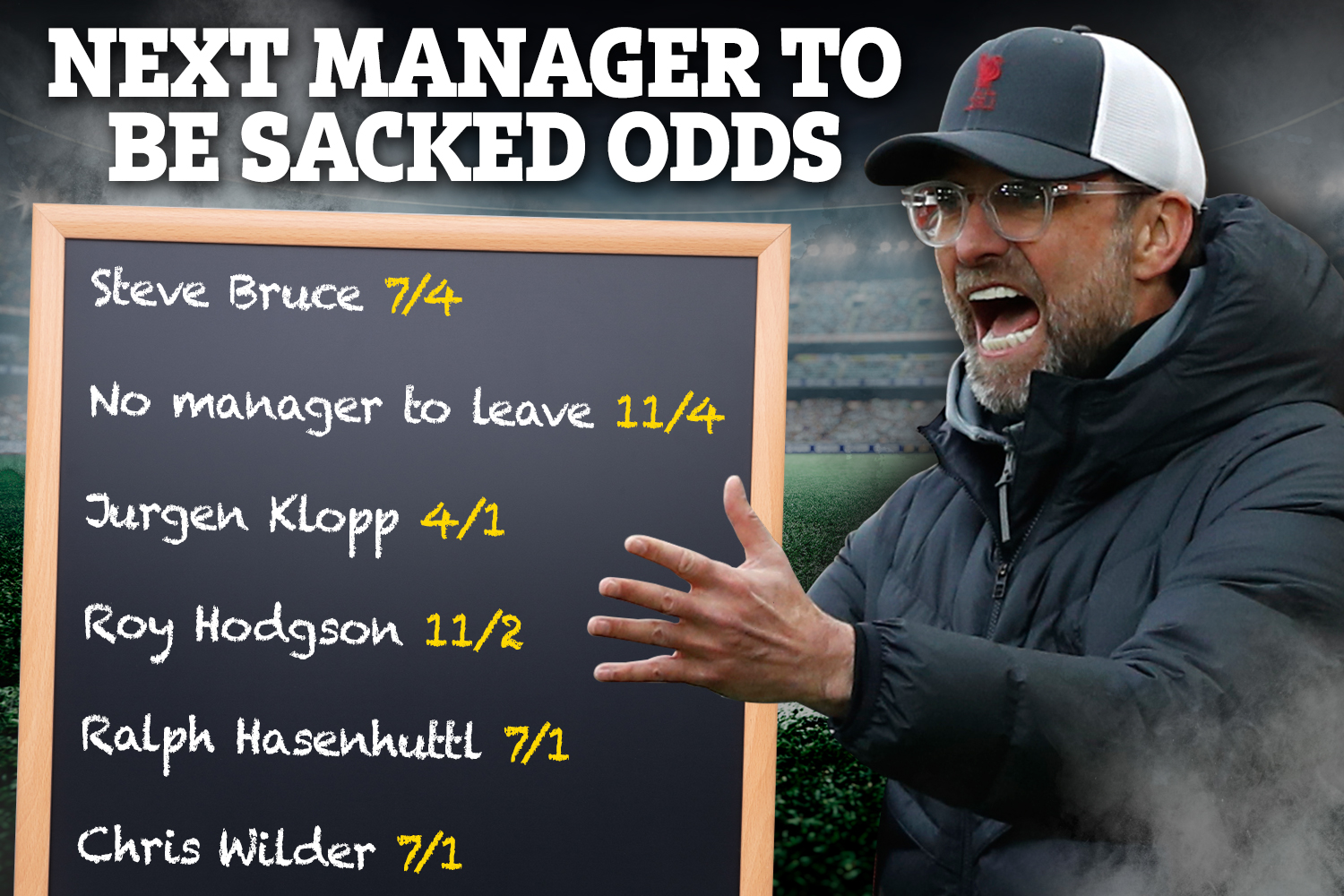 Bruce and Co. are anchored in 16th position – just a single point above 18th-placed Fulham and Brighton with an inferior goal difference.

In fact, Newcastle would have dropped into the relegation zone had they not secured a goalless draw with Sam Allardyce's West Brom on Sunday afternoon.

And though Bruce praised his side for claiming an "important" point – he remains favourite for the axe at 7/4.

Liverpool manager Jurgen Klopp is next on the list at 4/1 having been 15/2 before the weekend's action.

The Reds have dropped to eighth in the division and haven't scored from open play at home in 2021 – a worrying stat with RB Leipzig heading to Anfield on Wednesday.

Quizzed whether it was one of his lowest spells in management, Klopp said: "I would wish to say no but yes it is.

"This team is an extreme team. We were extremely successful and now we have an extreme situation as well but we will fight through."

TalkSPORT pundit Perry Groves believes Liverpool are now in 'crisis' and has accused Klopp of 'not doing his job properly'.

He said: "There is a crisis at Liverpool. I don’t think Jurgen Klopp is doing his job properly at the moment. He’s not showing leadership qualities.

"He’s not this gregarious character we’ve all seen before when Liverpool were winning.

“This is where you need to show your leadership skills and you’ve got to be an actor."

Crystal Palace's Roy Hodgson is available at 11/2 having suffered a thumping 4-1 defeat to Tottenham.

Ralph Hasenhuttl and Chris Wilder are both locked together at 7/1 despite Southampton cruising to victory at Bramall Lane on Saturday.