THE pitch invader who stormed the field during Wales' defeat against South Africa has been banned from the stadium for life – as it emerged he did it to win a £20 BET.

Callum Rowe, 28, charged onto the Principality Stadium turf in the 63rd minute of the game – a 23-18 win for the visitors – just a week on from serial-invader 'Jarvo' lining up alongside New Zealand at the same ground. 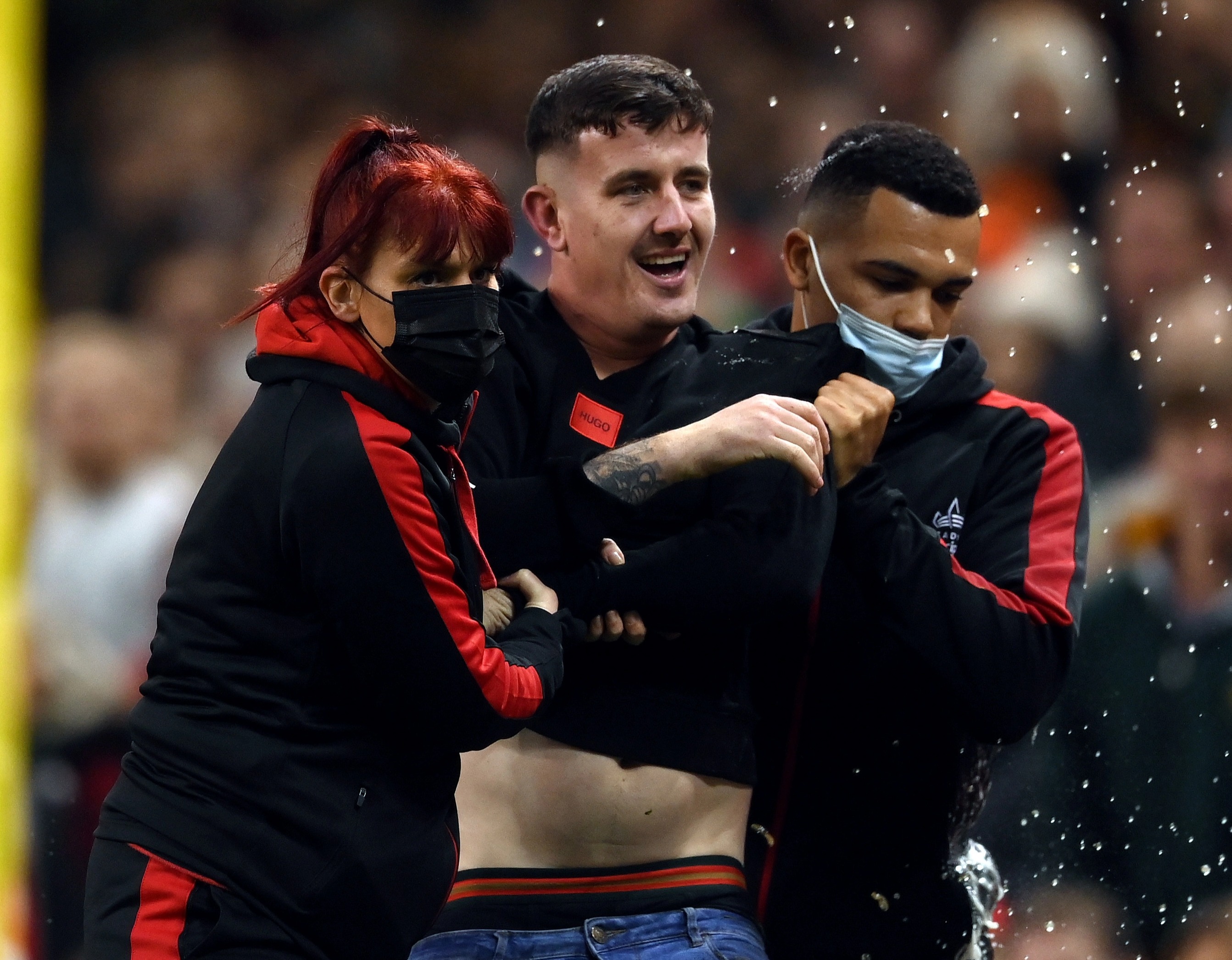 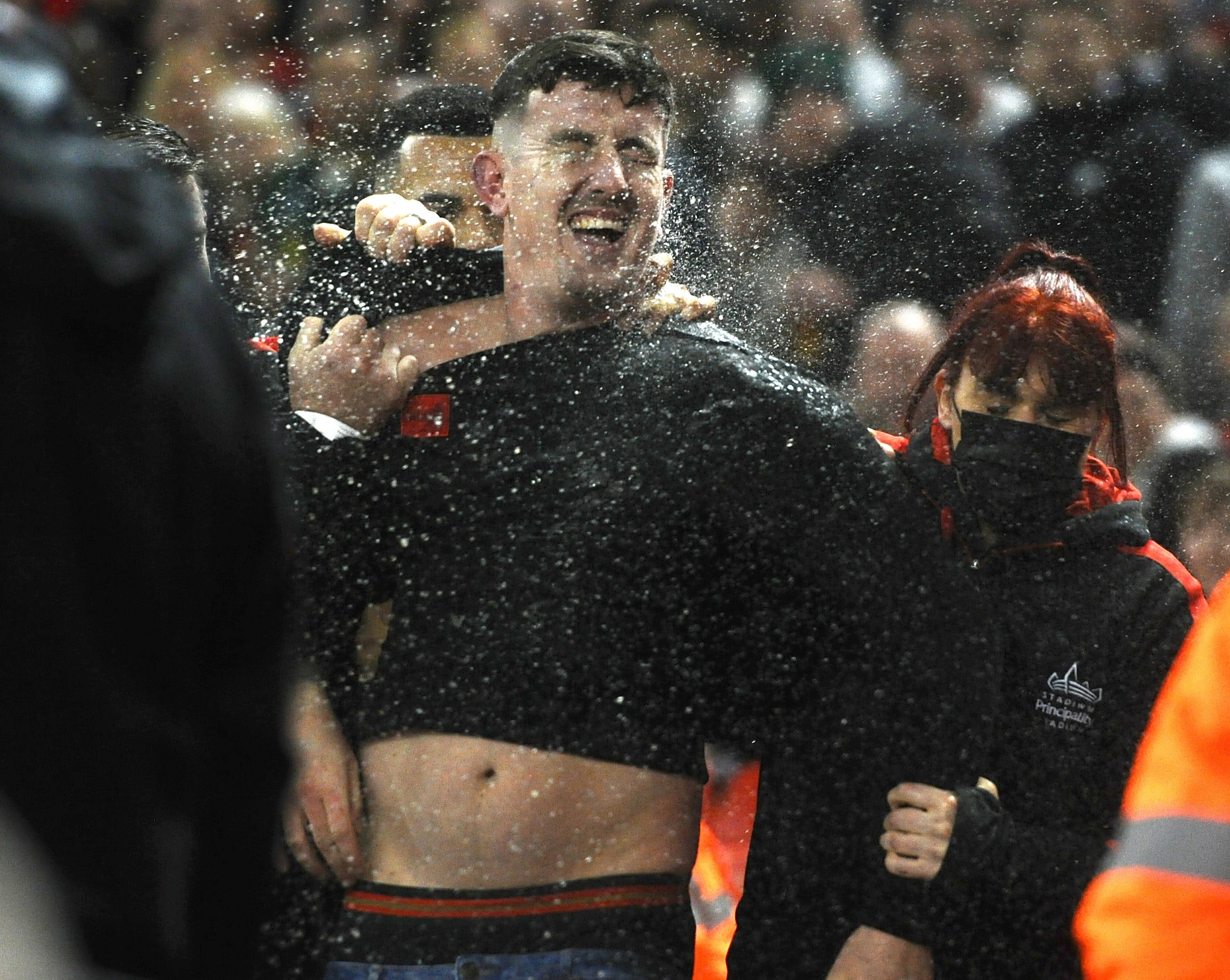 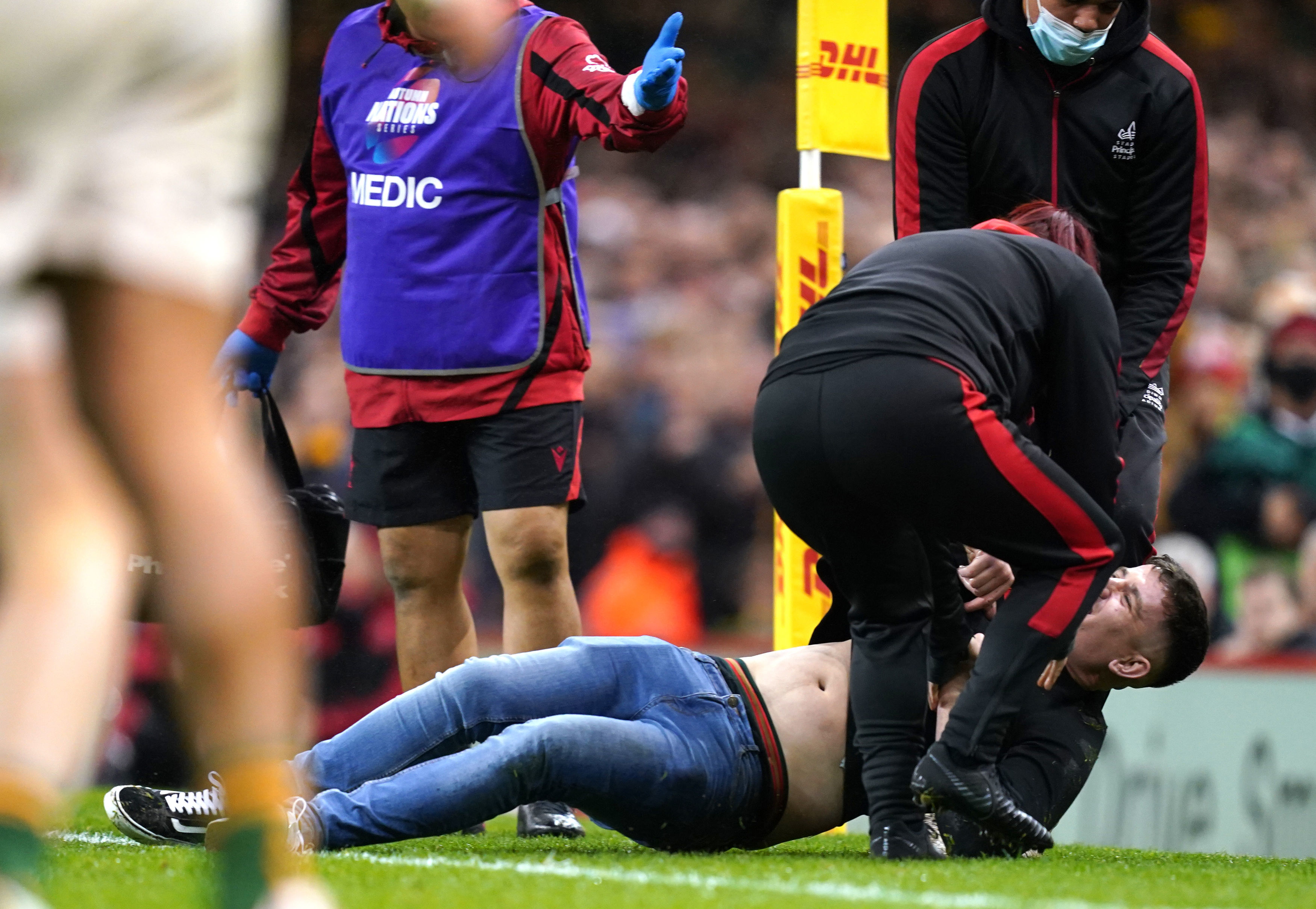 The idiotic stunt appeared to disrupt Liam Williams' try-scoring opportunity with the score level at 15-15.

Fuming Wales fans belted Rowe – a player himself for Senghenydd Rugby Club -with beer as he was hauled away by security.

And after the game, supporters set up a petition to ban him from the stadium for life.

Principality Stadium chiefs have reacted by slapping Rowe with a lifetime ban – meaning he is barred from Cardiff and Wales home games.

Stadium manager Mark Williams revealed: "We condemn this type of behaviour in the strongest possible terms.

"He was intercepted and immediately escorted from the stadium and handed over to South Wales Police.

"For more than 20 years this stadium has been revered across the world for its unique atmosphere and game day experience.

"It's extremely disappointing to think that by recent events the traditional game day experience is under threat and that we might be forced to look at additional measures that will impact on the fan experience in future."

It now appears as though Rowe invaded the pitch to win a £20 bet.

After the game, pal Ryan Saunders uploaded a photo of the pair to Facebook, captioned: "Funniest £20 ever spent."

Rowe's family have revealed the 28-year-old dad is receiving death threats – while appearing to confirm the stunt was a bet gone wrong.

"It was just a silly bet he'd made with a few mates to go on at the 70th minute of the match.

"He had no idea what was happening on the pitch at the time or that he'd be right in the middle of things.

"He's got a young family. His partner's getting abuse on social media and other relations have been getting messages telling them horrible things are going to happen to him.

"It's really shaken him up.

"We're just really concerned for his mental wellbeing and want to stress that he's not some kind of monster and doesn't deserve all this."

Pivac claimed: "You don't want to see that in the game.

"It's very disappointing that happened, but nothing the officials could do about that."

Asked if the pitch invasion had blocked a try-scoring opportunity, Pivac continued: "I don't know.

"At the time, I thought 'here we go'. We had a one-man advantage…they might have been distracted." 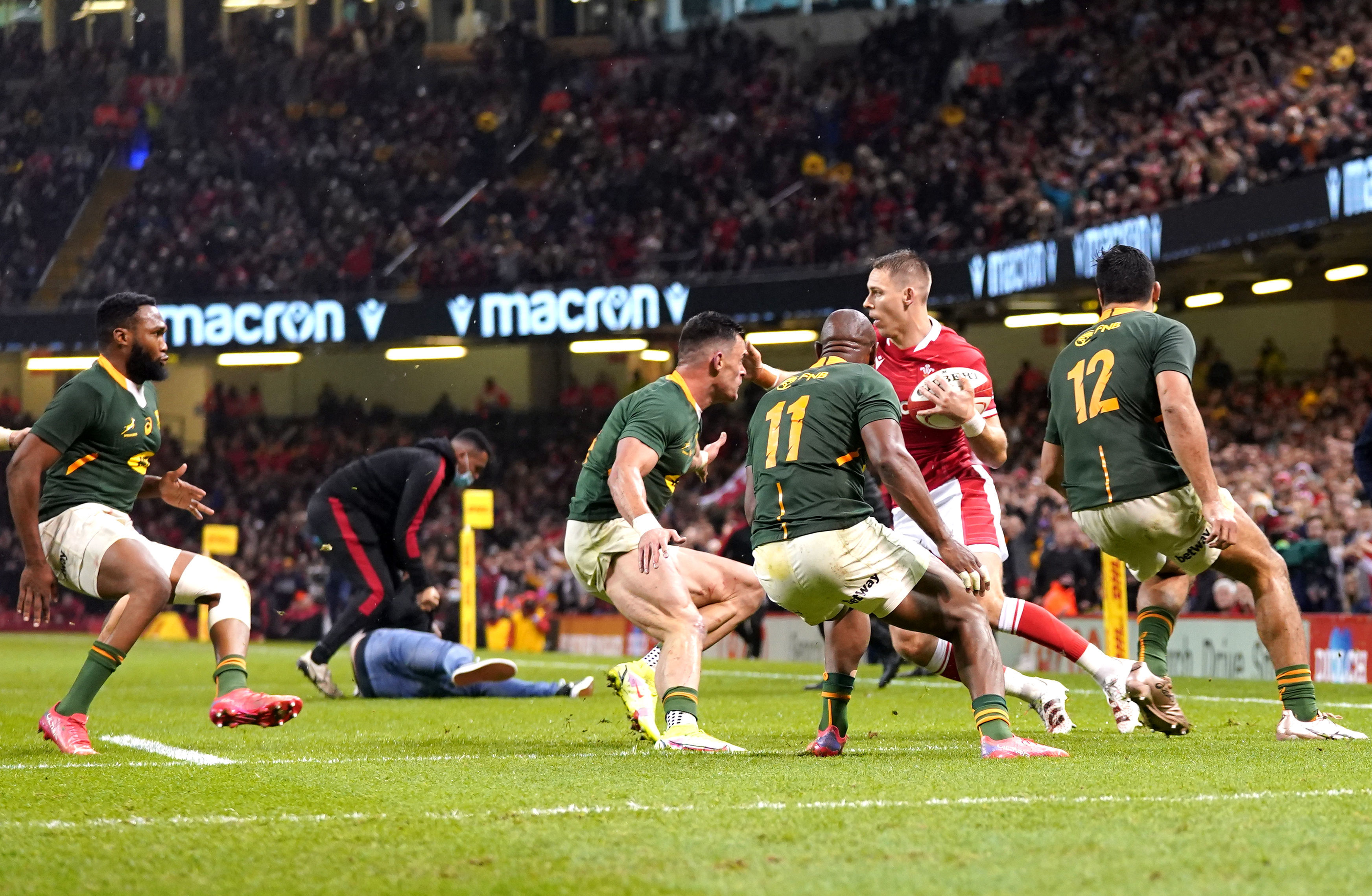