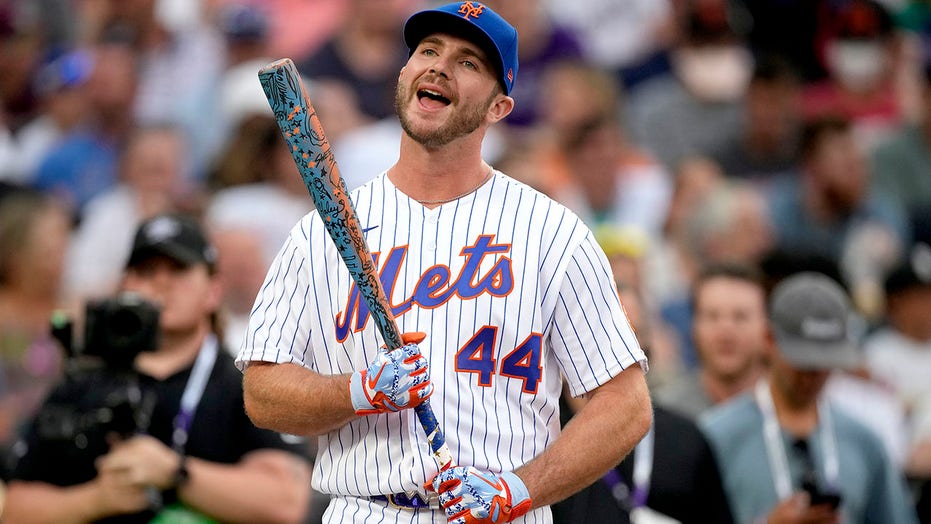 Alonso beat Mancini, 23-22, and did so with the extra time he earned while hitting the long balls in the final round. He needed to muster up everything he could to get past Mancini and did just that. 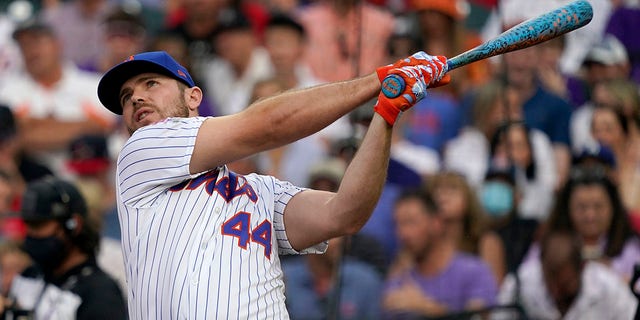 National League’s Pete Alonso, of the New York Mets, hits during the first round of the MLB All Star baseball Home Run Derby, Monday, July 12, 2021, in Denver. (AP Photo/Gabriel Christus)

“I’ve done this before and I’m extremely confident in my ability to hit the ball out of the yard. I feel like I’m the best power hitter in the game and it was on display tonight,” he told ESPN’s Buster Olney.

Alonso won the Derby in 2019 and was unable to defend it in 2020 due to the coronavirus-impacted MLB season. But he was elated to get a chance to defend his title on Monday.

“This is awesome, it never gets old.”

Mancini was making his first Home Run Derby appearance. He missed the entire 2020 season after battling colon cancer. He hit 16 home runs before the All-Star break. 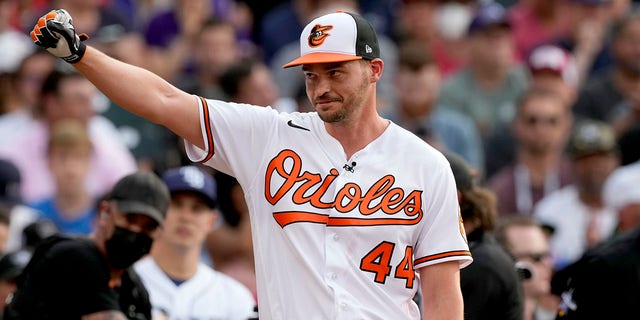 American League’s Trey Mancini, of the Baltimore Orioles, acknowledges the crowd after the first round of the MLB All Star baseball Home Run Derby, Monday, July 12, 2021, in Denver. (AP Photo/David Zalubowski)

Alonso defeated Juan Soto and Salvador Perez to get to the final. Mancini beat Matt Olson and Trevor Story.

Alonso has 17 home runs for the first-place Mets this season.